Is Eating Meat Indian Culture? It Always Has Been 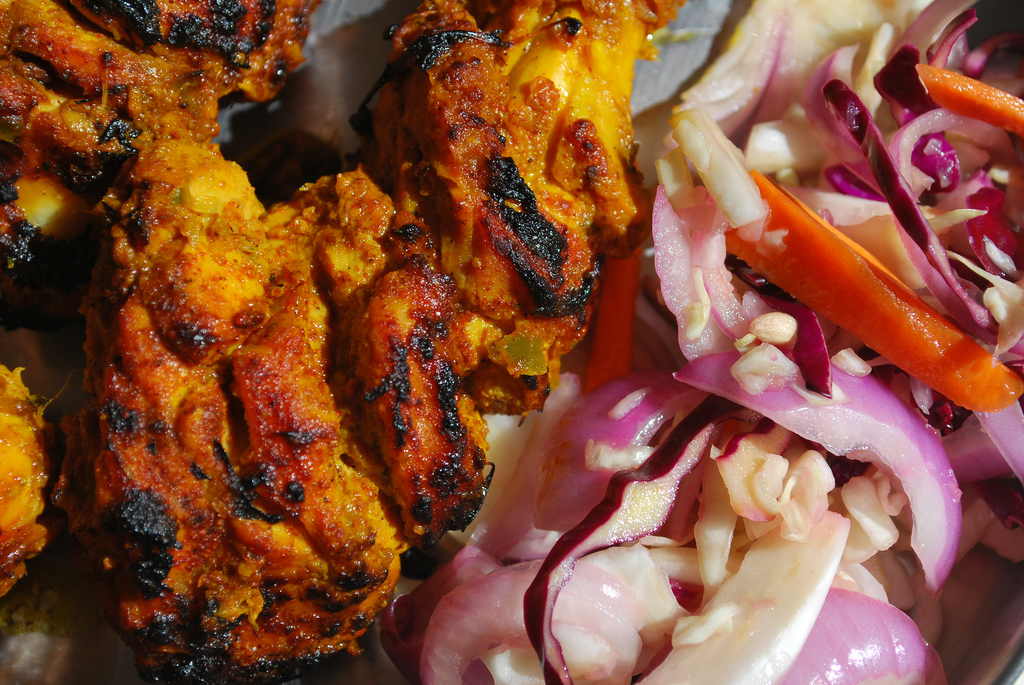 A controversy has broken out after an organisation linked to the Rashtriya Swayamsevak Sangh (RSS) demanded that only vegetarian food be offered to students at India's elite Indian Institutes of Technology(IIT).

The Centre has forwarded the protest letter, one of more than 20 received, to IITs with a covering note, asking them to consider separate eating areas. “Please take the trouble to inform the ministry about whatever actions you take," said the note from the Ministry of Human Resource Development.

The letter, written by S.K Jain, a trader and RSS member from Madhya Pradesh, is based on the belief that eating non-vegetarian food is part of the West's influence on India. Jain writes: "Non-vegetarian food is not part of Indian culture...children who eat non- vegetarian food have saddened their parents by their 'tamasic' (inertia-inducing) behaviour. They are deviating from the Indian value system because food has direct correlation with their thoughts".

We found vegetarianism and Hindu beliefs have not always been in sync, at least, not ancient Hindu beliefs. DN Jha, a former professor of History at Delhi University, the author of a controversial book, The Myth of the Holy Cow, (Verso, 2002) has cited ancient texts contending that Hindus and Buddhists ate meat. In an interview a few years ago, Jha explained how beef was a part of the dietary habits of Indians, how beef was consumed in Vedic times and cows were also sacrificed; the animal became holy when it was gifted to Brahmins as a fee.

Food scientist and historian, the late K T Achaya, in his book Indian Food: A Historical Companion (Oxford University Press, 2004) explains how the great Brahmin poet Kapilar of the Sangam epoch (1-500 AD) speaks “with relish and without fear of social ostracism of the use of meat and drink”.

Beef and buffalo were eaten, noted Achaya. “There were 15 names for the domestic pig, and even wives of the rich traders living in the coastal regions relished pork," Achaya writes. "The wild boar is described as being hunted using dogs and nets, a practice also for the rabbit and hare. Captured boars were fattened with rice flour and kept away from the female to improve the taste of the flesh. Even meat from an elephant either killed in battle or hunted down was dried and stored for consumption.”

According to a study by the Anthropological Survey of India, more than 80% of Indian population is non-vegetarian.

Indians today have been consuming more meat and livestock products than ever because of rising incomes.

A National Sample Survey Organisation study showed that as people get richer, they distinctly consume more meats, fish, milk, eggs and other nutrient-rich food; every individual in the richest 5% of urban India consumes nearly 1.5 kg per month of various meats, which is more than 6 kg per family.