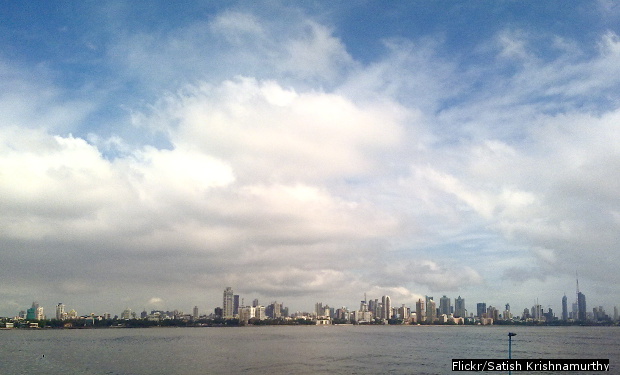 To democratize data critical to savings thousands of lives, IndiaSpend is happy to announce the launch its own network of low-cost sensors to measure the air quality in many Indian cities.

Indian cities have some of the world’s worst air quality because it is we who pollute, and it is we who must contribute in assessing the problem and help address it.

Why #Breathe is important

As many as 13 of the world’s 20 most-polluted cities are in India, according to the World Health Organisation. New Delhi’s toxic air will likely cause over 30,000 deaths in 2025, making it the deadliest among the world’s most polluted cities, says a study by Germany’s Max Planck Institute for Chemistry. By 2050, deteriorating air quality in some of India’s biggest cities – Delhi, Mumbai & Kolkata – could kill over 130,000 people every year, says the study.

Most air-pollution deaths are caused by fine, invisible particles, called PM2.5, about 30 times finer than a human hair. These particles can be inhaled deep into the lungs, causing heart attacks and strokes, which account for three-quarters of 3.3 million deaths every year globally, according to a report in Nature, with lung cancer and respiratory diseases responsible for the rest.

So, India needs all the data it can get on air quality caused by PM2.5 particles, the accepted global standard of measuring air pollution.

Across the region, a haze fuelled by forest fires caused immense disruptions to normal life. While in South Asia forest fires for converting land to agricultural use might be the cause, elsewhere, including in many parts of India, it is industrial and vehicular pollution. In India too, man-made farm fires in Punjab are affecting Delhi’s air quality. The bottom line is that the air pollution is largely man-made. There are two parts to the problem; first, the knowledge or the lack of it, and, second, the desire to do something about it. At IndiaSpend, our view is that knowledge will slowly but surely propel people to act.

Seeking solutions, it’s easy to arrive at the wrong ones

We meet more and more Delhi residents who are now correlating their coughs and 'dry starts’ to the high level of particulate pollution in the atmosphere. Sales of air purifiers are rising. The head of a large engineering-products multinational recently exulted to this writer about the “huge retail air purifier opportunity in India.”

A deeper understanding of data of the environment around us is becoming critical in defining our lives. Elsewhere in the world, citizens are more keen than ever to know more about the quality of the air they breathe.

This knowledge must translate into action. We must use this data to press for solutions that benefit us all, not just a few. Data on pollution levels in my neighbourhood might, hopefully, spur me to fight for more public transport, stagger my use of automobiles or campaign for better pollution measures at nearby factories.

What can the #Breathe do?

While our eventual objective is that the data we generate should lead to policy action, there are many other ways these data can help us.

We are in conversation with doctors specializing in respiratory diseases in Mumbai hospitals to see how we can correlate air quality to respiratory disease. Awareness is low. A recent IndiaSpend story showed, for instance, how only 57% of those surveyed with hypertension knew they had it.

Air pollution is silent and kills slowly. Cigarette smoke is an example. We also hope that these data can be used to answer questions about pollution-generation patterns in large cities, such as Mumbai and Delhi:

Some parents choose schools for their children in Delhi depending on how well air-conditioned these classrooms are – and thus insulated from pollution. There are many other solutions we can explore.

What technology does the #Breathe use

Low-cost sensors are a new phenomenon. Coupling them with general packet radio service (GPRS)-based transmitters, as we have done, is an innovation. In simple language, our sensors can automatically and continuously stream data through a mobile network.

Many high-end sensors and air quality measuring devices — apart from the fact that they are expensive — do not usually come with transmission capabilities.

Customization of such technology for local conditions is important. There is even a term for this: sensor journalism, broadly a subset of data journalism, which IndiaSpend pioneered in India.

In rolling out this network, we are getting close to the source of data and thus eliminating one round of collection errors or interpretations. We consistently benchmark our devices against high-end devices to check and analyse variations.

Nevertheless, our data, thanks to our low-cost sensor approach, may be potentially challenged. It should be. We welcome that because it will help make this project and endeavour truly collaborative and interactive.

So, go ahead, join the #Breathe Awareness Movement. Click here

How the #Breathe project will roll out

We are rolling out our #Breathe project in two phases. In the first phase, we will install our own boxes in several locations across India. In the second phase, we invite you to host your own data stations.

You could run your own data station in two ways. First, you can buy the box from us, helping subsidize some of our project costs. Second, you could build or source your own box and join our network. That way, you can see your own data and see how the collective net of data sources appears. We obviously will acknowledge your effort on our site.

We are also working on ways to distribute the data via social media, so the air quality data in your neighbourhood is pushed to you as opposed to you pulling it.

#Breathe has been made possible by a team led by Ronak Sutaria and also including Somin Soni (IIT Bombay), Johnson Chetty, Tejas Raval & Shaibaz Mulla. Our thanks to big data researcher Umesh Kalaspurkar & Professor Jitendra Shah at IIT Bombay.