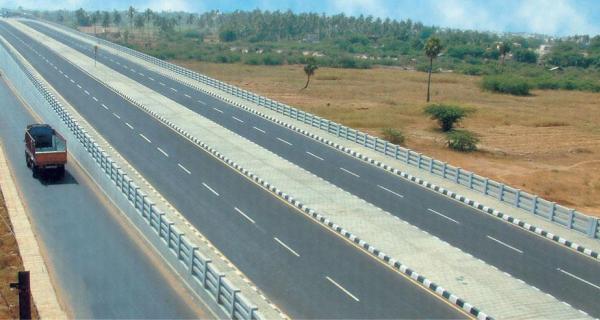 * Although private investment in infrastructure has increased from 1.26% of GDP during the 10thPlan to 2.73% in the 11th Plan, public investment still accounts for the major share

* Karnataka, Andhra Pradesh and Madhya Pradesh have the highest number of PPP projects in India

The Indian Government has been pushing Public Private Partnerships (PPP) as a means to fill the gap in infrastructure funding. As the term suggests, such PPPs typically see the Government and private companies either forming joint ventures or a special purpose vehicles (SPVs) to execute specific projects.

But, as IndiaSpend’s Prachi Salve finds out, the funding gap for the country's infrastructure projects has been widening as traditional sources of financing like commercial banks, insurance companies, equity and external commercial borrowings have lagged or become expensive. One reason is the uncertainty in the global markets. But there are more reasons which we shall not get into this report.

The important question is: can the private sector pitch in to fill the funding gap ? The answer seems, evidently not quite. Before we go address that, by way of background, the Government in its 11thPlan, had earmarked to spend nearly 8% of GDP on infrastructure development. Now here is Table 1 that shows the increasing funding gap in infrastructure financing.

Table 1: Where Is The Money? 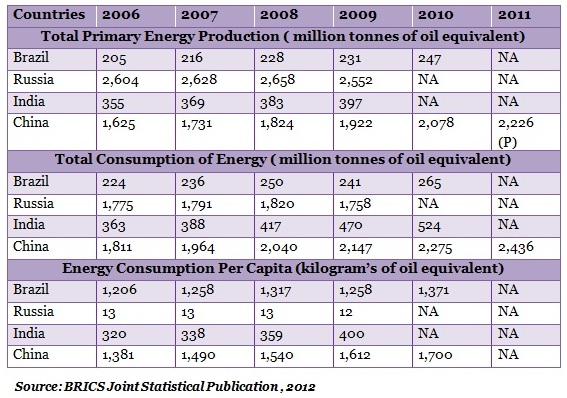 Since there has been a shortfall of over Rs 1.25 trillion over two years, the government has been unable to complete critical projects in sectors like telecommunications,power, roads, water supply and irrigation.

So, the government has been hoping that the private sector will increase its involvement in infrastructure development. The following graph shows the public and private investment trends with respect to infrastructure financing during the 10th and 11th plan periods. 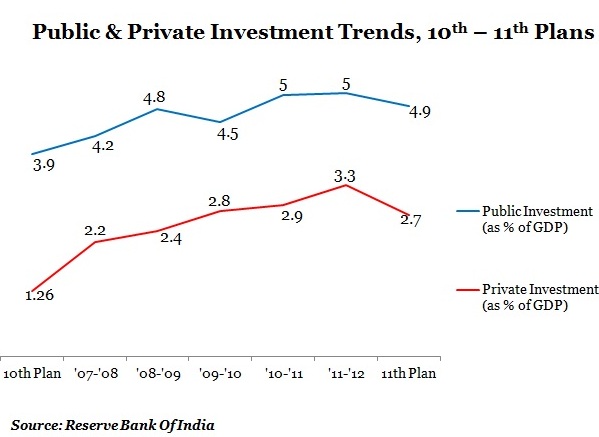 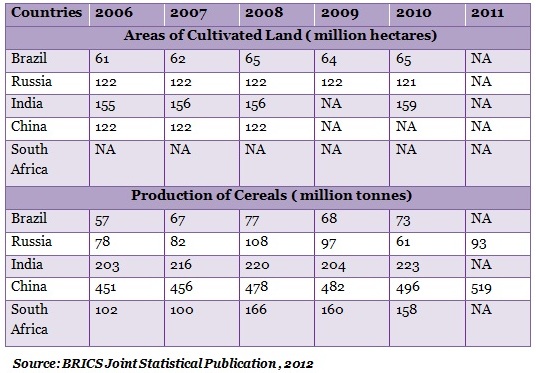 So the good news is that spending on infrastructure has gone up from 5% of GDP to over 7.5% by the end of the 11th Plan, and the share of private investment has increased from 1.26% during the 10th Plan period to 2.73% in the 11th Plan. However, the share of public investment continues to remain high at nearly 5% of GDP. So the bad news, if it is seen as such, could be that the private sector has not been able to really step in or step up its involvement.

There are 758 PPP projects currently being executed in India with a total outlay of Rs3,83,332 crore. Table 3 lists out the PPP projects, state-wise: 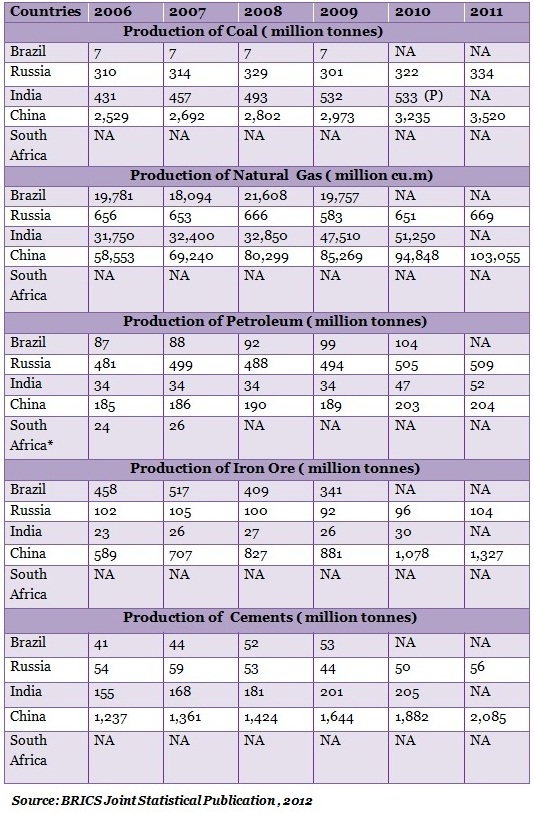 The reasons for the success of PPP projects in these states, according to the central government, are pro-active state governments, availability of land and skilled labour and the demand for infrastructure as the states are experiencing industrial growth.

Now, let’s look at the sector-wise data of PPP projects: 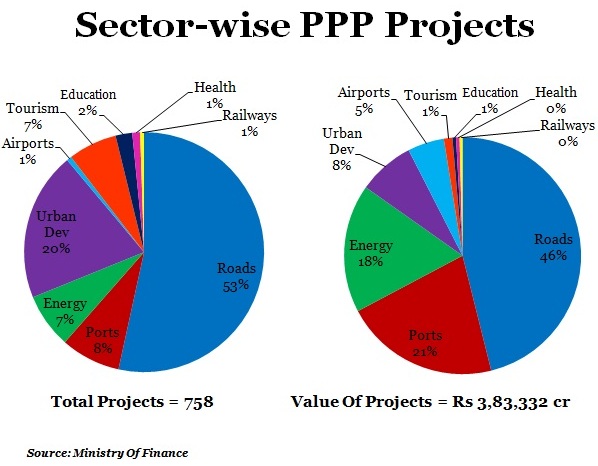 The majority of capital flow (Rs 1, 25,568crore) through PPPs is coming from central road projects and ports.

While roads and ports are seeing investments, it’s evident that e-governance, health and education sectors remain largely untapped under the PPP model.

And there are other sector-specific concerns:

* Capacity constraints in terms of skilled human resources, technology and the lack of expertise and experience of private players.

* Land acquisition (as is well documented) is a major hindrancein roads. Surprisingly, this is the case for hospitals and education projects as well.

Even though the private sector has increased its presence in the public services arena, public investment continues to be high and the governments still play a major role in PPP projects.Depending on how you look at it, this can either be a strength or a weakness given the state of the fisc as well as relative speed of execution. On the other hand, accelerated private sector participation in public projects could see user charges rising faster.