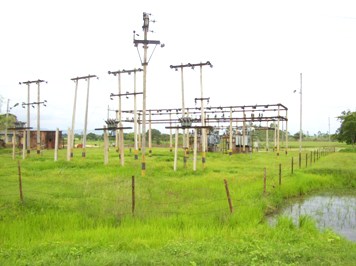 But contrary to popular belief, the major source of income for the rural population is industry and services rather than agriculture. While the income disparities between urban and rural India have been narrowing, the disparity within rural India is increasing. 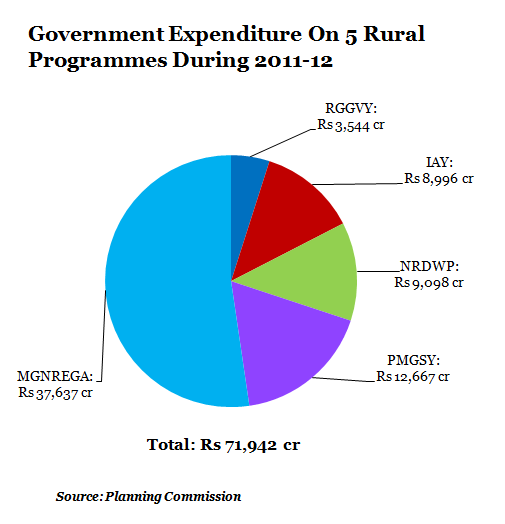 Pradhan Mantri Gram Sadak Yojana: PMGSY was the flagship programme of the BJP-led National Democratic Alliance (NDA) and was launched in December 2000.It aims to ensure connectivity of habitations with a population of more than 500 people in the plains and more than 250 in hilly and deserts areas with all-weather roads. India has 600,000 villages, PMGSY’s targeting to connect 159,000 villages. The government has spent over Rs 1,25,000 crore ($25 billion) for building rural roads over the last 12 years.After touching a high of Rs 18,833 crore in 2009-10, the allocation for the programme has declined (32%) to Rs 12,667 crore in 2011-12.

Mahatma Gandhi National Rural Employment Guarantee Act: MNREGA, the flagship programme of the UPA Government, was launched under the Ministry of Rural Development in February 2006. The scheme provides daily wages at an average of Rs 100 per day upto 100 days in a year. The government has so far allocated Rs 1,58,029 crore for the scheme.The highest expenditure was seen in 2010-11 at Rs 39,377 crore.

The following table shows the allocation for the 5 programs from 2007-12: 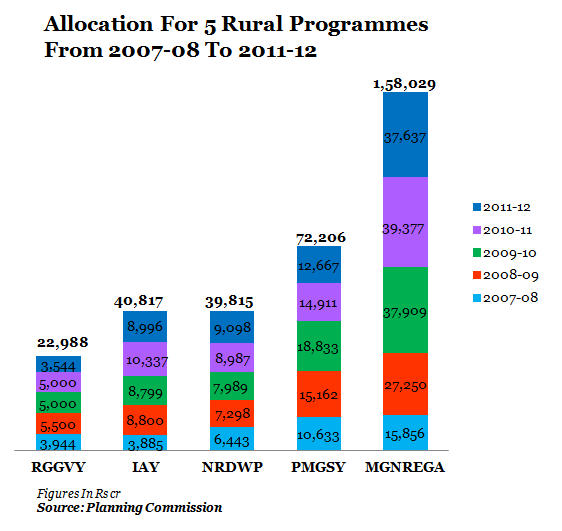 Many programmes are not being implemented properly due to capacity issues like lack of skilled labour and proper equipment, poor operations and inadequate management systems.

The programmes dealing with poor and disadvantaged groups have been facing problems due to backlogs of beneficiaries and lack of awareness among the beneficiaries. In addition, there have been delays in payments to beneficiaries under schemes like MGNREGA.

Other factors like land availability, high capital costs and delays for sanctioning projectsare major concerns for programmes like NRDWP and PMGSY.

So, even though the governments have been concentrating on rural development, it needs to realise the realities of rural India and formulate policies according to them.