IndiaSpend Budget Primer – I : Can Chidambaram Take The Risk On Subsidies?

The biggest subsidy for welfare measures goes out as compensation to the Food Corporation of India(FCI) for procuring and supplying foodgrain at nominal prices to the public distribution system.

This is followed by subsidies to oil companies for selling petroleum products below cost to protect the common man from the impact of changes in international oil prices and domestic inflationary conditions.

Figure 1 (a) and (b) give an idea of the money that has been paid as food and petroleum subsidies over the last 5 years: 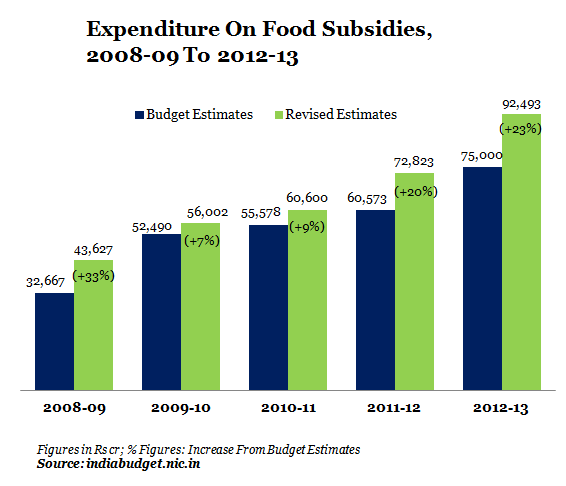 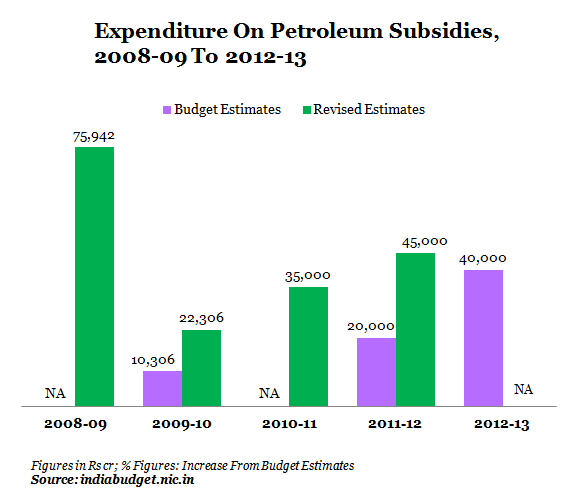 What leads to increasing subsidies?

The rising minimum support price (MSP) provided to farmers for their crop is one primary reason.

As explained in a research paper by Indian Institute of Management, Ahmedabad, rising food prices across the world has affected the domestic price structure in India as well. For example, the MSP of wheat more than doubled in the period 2005-06 to 2011-12.

Increasing foodgrain production, which leads to increasing procurement, has also led to a jump in the food subsidy bill.

With the government planning to introduce the National Food Security Act, more households will be brought under the public distribution system that can lead to more expenditure.

It is estimated that the government has to add Rs 8,000 crore to its petroleum subsidy bill each time the value of the dollar increases by a rupee. Since oil is sold internationally in dollars, any increase in per barrel price of oil automatically leads to an increase in the purchase price for oil companies, eventually leading to more under-recoveries and increase in subsidy.

The subsidy given to oil companies, however, does not cover their total under-recovery (or the difference between their actual cost and the sale price of products like diesel, LPG and kerosene).

The following figure gives an idea of under-recovery and subsidy given against it: 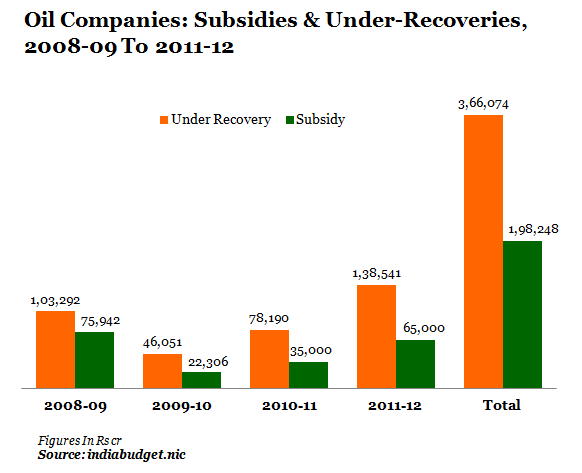 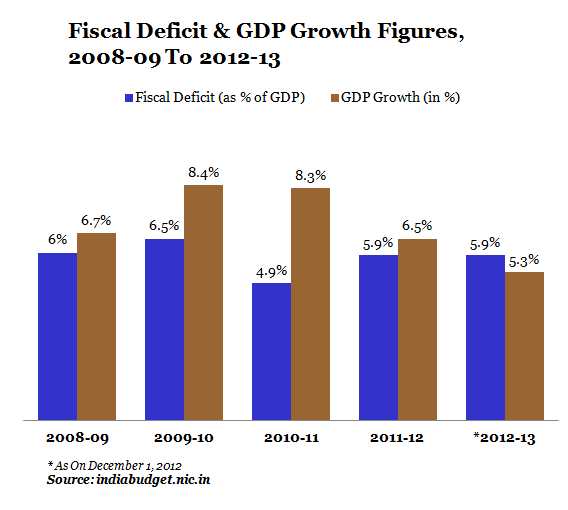 The fiscal deficit (roughly the difference between revenue and expenditure of the government) till December 2012 is almost the same as 2008-09, the year of recession.

Central Statistical Organisation recently estimated that growth will slow down to around 5% this year.

In such a situation, reduction of subsidies and increasing tax revenue becomes a necessity. 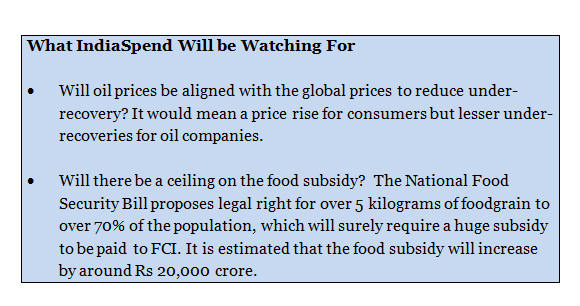