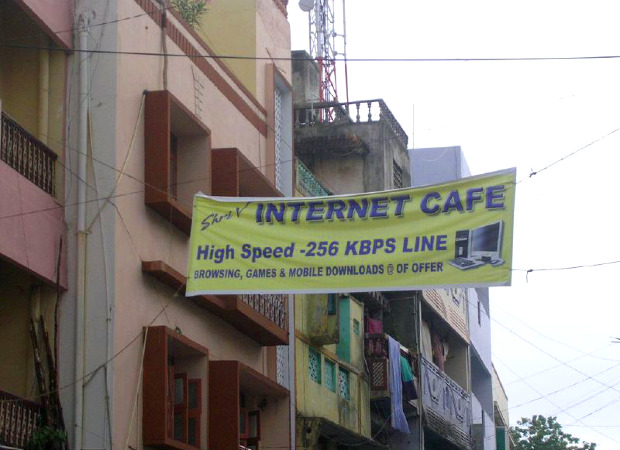 The year 2015 is supposed to be a seminal year for the Internet in India.

This is the year India is supposed to overtake the US—it may already have, but there are no data, only estimates—and become the world’s second-largest user of the Net, with active internet users predicted to reach 269 million by June 2015. Claimed users are higher, with a figure of 302 million.

Here’s the rub: No more than 20.08 million actually use 3G, or third-generation mobile services (seven of eight Indian users access the Net on mobile phones), essential to viewing and sharing multimedia content.

The average broadband speed in India is 2 Mbps (megabits per second). This puts India at a rank of 115 globally, lowest in the Asia-Pacific region, according to a report by Akamai Technologies, a US technology company.

With the Internet now seen as having a positive effect on education (but a negative impact on morality), in emerging nations, its spread would appear to be particularly important for India, but a new Pew research report also classifies India as having low Internet usage.

“The so called explosive growth of the Internet (in India) is a misnomer,” said Osama Manzar, founder-director of the Digital Empowerment Foundation (DEF), an advocacy group. “Internet growth in India is still not exponential, it is going up step by step, not multiplying, as is being projected.”

More than 80% of Indian Net users are what Manzar called “static users”, or intermittently connected. Only between 2% to 5% of users are regular, which means their daily lives depend on the Net, which they use to contribute to the economy, he said.

“Wired broadband is quite insignificant in India,” said Prasanto Roy, a commentator on information technology. “It has not been an economic success. Of approximately 15 million wired broadband users, about 7-8 million are corporates and private-sector organisations.”

Connectivity is patchy—at best. Only 67% of panchayats, in the pilot phase, were actually connected to the national fibre network (20.5% had no connection at all), but no more than 45.5% of panchayats had access to services, said a December 2014 DEF study.

Rajnish (he uses only one name), a technology entrepreneur, said there were two ways to improve India’s broadband situation: Allow private operators to use the fixed subscriber lines of state-run telecommunications companies MTNL & BSNL to provide internet access; and cut taxes to private service providers.

With an average speed of 1.7 Mbps, India ranks below Thailand, China, Hong Kong and Singapore. Globally, India ranks better than Brazil but falls behind other major economies.

“About 60 million mobile users are intermittent 2G users, who mainly use Facebook and WhatsApp applications once or twice a day,” said Roy.

There’s no dearth of demand for broadband. India is the fastest-growing smartphone market in the Asia-Pacific region, with smartphone sales estimated at 53 million in 2014, compared to personal computer sales of 9.6 million.

Speeds may only increase if 4G, or fourth-generation services, become widespread. Reliance Jio is expected to launch its 4G LTE services across 800 cities in May/June 2015. But it had acquired spectrum, or telecommunication airwaves, almost four years ago and was waiting for clarity in telecom policy and better technology.

In response to Reliance Jio, and with a possible objective to gain an early edge, Airtel, which offers some 4G services, has also speeded up up its roll-out plans.