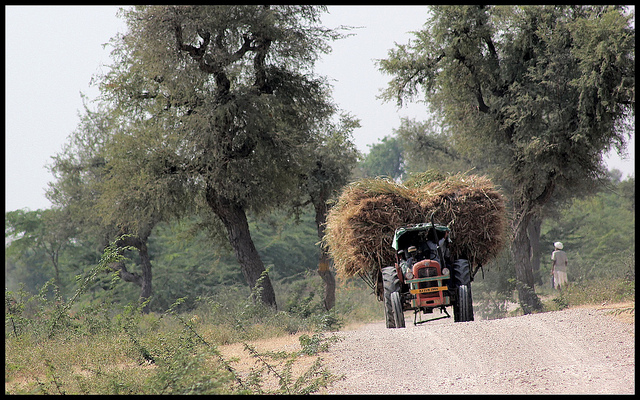 The Bharatiya Janata Party (BJP) had promised in its 2014 Election Manifesto that it would work on a model wherein development would be “driven by the states”.

Though the BJP-led National Democratic Alliance (NDA) Government is being criticised for not making any big breakthroughs in their first Union Budget presented earlier this month, they seem to have taken some steps towards decentralising the development schemes.

In doing so, they have dropped large chunks of funds straight into the states’ coffers rather than control and 'micro-manage’ the handing out.

Let us look at the total state plan allocations in Budget 2014-15:

So we can see that allocations for state plans have increased from approximately Rs 22,000 crore to Rs 2,59,855 crore (approx USD 43 bn) . On the other hand, not surprisingly, funds for the centre havedeclined.

The increases in many cases are substantial.Particularly in key development areas like villages, education, health and agriculture. To quote from the document in the Plan Outlay: “... provide greater ownership to State Governments in implementation of plans Schemes and avoid thin spreading of resources, model of restructured centrally sponsored schemes (CSSs) continues. Higher allocation under State/UT plan is reflective of this”.

Let us look at the five ministries that have granted the highest allocations towards development in state plans.

This table is quite stark inasmuch as it goes from nothing to a pretty large amount.

Ministry of Health and Family Welfare

The Central Government’s control over finances in these ministries has also been considerably slashed this time as is clear from the table below.

This year, state plans have an allocation of Rs6,662 crore while the central allocation has been slashed to Rs 75crore from Rs3,519crore in 2013-14.

Similarly, state allocation for Indira Awas Yojana (IAY), an affordable housing scheme for the poor, has been increased to Rs15,979crore while the central budget was slashed to Rs21crore in 2014-15 from Rs 11,865 crore in 2013-14.

A similar trend can be seen in the budget of the Ministry of Women and Child Development. The central budget for Integrated Child Development Services ( ICDS), a programme run for boosting child care, has been reduced by 96% to Rs 628core from Rs 14,767crore in 2013-14. Subsequently, there has been an increase in the state plan allocation for the scheme with Rs18,311crore in this budget.

The Ministry of Human Resource and Development has also seen a drop in central allocation for the mid-meal program to Rs21crore from Rs3,885crore in 2013-14. The state plan for the scheme is now Rs15,979crore.

It is not clear at this point what the nature of monitoring of these resources will be. Or the challenges that might be faced in doing so in future. Equally, how the Centre will use the money left in its hands and in what ways, acknowledging of course that it will differ from ministry to ministry.

This clearly shows that the Central Government intends to give State Governments more funds and power when it comes to implementation of central schemes. States in India, as we know, are diverse in many ways, and devolution of funds is necessary for development. While planning for development in India has been done by the Central Government since Independence, policymakers are now stressing for the process to be more decentralised. The allocation of more funds to the states under development heads is a step in this direction.

Note: The UPA govt had previously increased allocations to State plans in its 2014-15 interim budget. And the BJP followed suit.