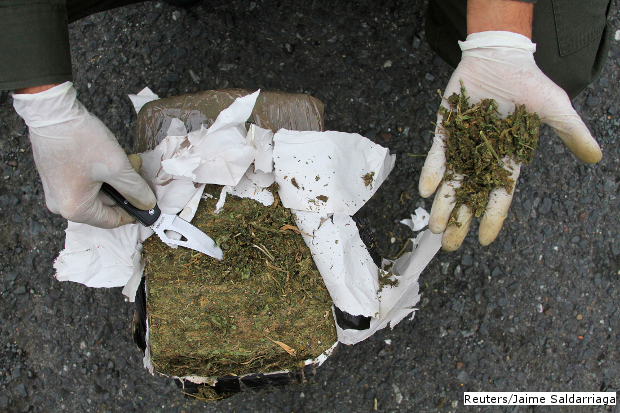 India has witnessed a five-time (455%) increase in drug hauls over three years, from 2011 to 2013, according to data released by the government to Parliament.

Officials have seized 105,173 tonnes of illegal drugs over this period, a reminder of a growing Indian problem on the international day against drug abuse and illicit trafficking, observed on June 26 by the United Nations (UN).

With nearly 18% of the world’s population in the 15-64 age group, India is a prime market for illicit opiates originating in both South-East Asia and South-West Asia, according to the World Drug Report 2014.

The latest available data, from 2004, estimates that 10.7 million Indians--more than the population of Sweden--are drug users: 8.7 million consume cannabis and 2 million use opiates, according to a National Survey Report by the UN Office on Drugs and Crime and the Indian Ministry of Social Justice & Empowerment.

Mizoram, Punjab and Manipur are among the states where people are most vulnerable to drug abuse. One reason could be their proximity to porous international borders and international drug-trafficking zones, such as the “Golden Triangle” (Myanmar, Thailand and Laos) and “Golden Crescent” (Iran, Afghanistan and Pakistan).

Mizoram tops the list of states where drugs were seized: 48,209 tonnes over the past four years, followed by Punjab with seizures of 39,064 tonnes.

As many as 64,737 drug-trafficking cases have been reported in the past four years. Punjab tops the list with 21,549 cases registered over the same period.

Punjab accounted for almost half of all cases registered in India under the Narcotic Drugs and Psychotropic Substances Act (NDPS) in 2013 as we reported earlier: 67% of rural households in Punjab have one drug or alcohol addict, while 70% of young men are addicted to drugs or alcohol, according to a government report based on surveys.

In Manipur, there are an estimated 45,000-50,000 drug addicts of whom nearly half are injecting drug users.

As many as 64,302 people, including foreigners, were arrested on drug-trafficking charges across India over the past four years.