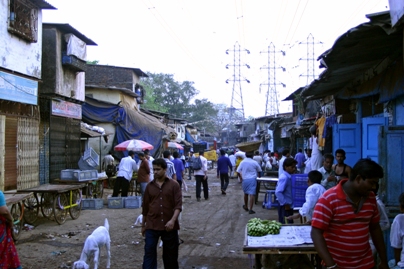 It’s perhaps one of the ultimate urban ironies. Some 11 million homes in India, many freshly constructed and yet lying locked up, await tenants or capital appreciation or both. And yet, in the same cities and towns, millions of citizens stare longingly at these apartments waiting for the day they will be able to afford them. As things stand, most never will.

IndiaSpend’s Prachi Salve examines the phenomenon of housing poverty in urban India. It's also referred to, quite simply, as 'housing shortage' and has been estimated by India’s Ministry of Housing and Urban Poverty Alleviation by adding the number of families residing in unacceptable (old and dilapidated) houses, families residing in unacceptable physical and social conditions and families without homes.

Table 1: Where Is The Home?

(*katcha refers to houses made of local products like bamboo, mud etc; Source: Ministry of Housing and Urban Poverty Alleviation )

While nearly 62% houses are self-owned, 38% families live in rented homes. Table 2 shows the break-up of housing shortage in both the categories in urban India.

Number of families living in congestion

It is clear that there is a large housing shortage even within the self-owned category. In other words, more families are living in non-serviceable and/or congested homes.

State-wise data shows a mixed picture: both developed as well as less developed states have families living in poor housing conditions. Uttar Pradesh has a housing shortage of over 3 million homes followed by Maharashtra (1.97 million), West Bengal (1.33 million), Andhra Pradesh (1.27 million) and Rajasthan (1.15 million). North eastern states are doing quite well, mostly due to the fact that these states have lower population.

Moving Out Of Unsafe Homes

A technical group on urban housing shortage, constituted by the Housing Ministry, has defined obsolescence or non-serviceable houses as units of over 40 years. The total number of families living in non-serviceable / 'obsolescent' homes is 0.99 million.

The group has also recommended that houses that are bad in the 40-80 years group, irrespective of their quality of structure, along with those of 80 years and above, should also be removed from the ‘acceptable housing stock’. As per the above criteria, the total number of families living in obsolescent or non-serviceable dwelling units is 2.27 million.

Condition of structure (in %)

Although age data is available only for self-owned houses, the technical group’s assumption is that old structures also exist in rented properties as well at a similar rate. According to this, the total number of families living in structures facing obsolescence is 2.26 million.

The expert group has defined a dwelling unit as crowded if a family has less than 300 sq. ft. of built-up area and there is no separate room for a married couple. Even though the criterion has been decided on congestion, it needs to be remembered that obsolescence and congestion can overlap in the data provided. Table 5 provides details of congestion within households.

Homes only with congestion*

Homes in congestion of 40+ years

Homes in congestion of 80+ years

Homes in congestion and obsolescence

* Congestion if a household has less than 300 sq. ft. of built-up area

Caring For The Homeless

Homeless people are at the centre of the housing shortage debate. They do not enjoy any socio-economic or even political status. The last census (2001) put the number of homeless at 0.8 million. As there is no recent number available for the homeless, the expert group has also estimated the number to be the same as 2001 (i.e. 0.8 million) on the basis of the fact that the percentage of migrants has reduced along with a decline in the number of poor in urban areas.

Homeless have been divided into two groups with single males forming nearly half the population (i.e., 0.4 million) and 0.13 million are families with an average size of three. And the shortage is being felt most acutely by people of the low income group and economically weaker sections of the society.

Middle income group and above

How Do We Boost Supply?

So, there is clearly a need not only to build affordable housing but also bring in the ever-growing stock of vacant housing to use. New housing stock is also being created by the government with schemes like Basic Services For Urban Poor (BSUP) and Integrated Housing And Slum Development Programme (IHSDP) with a spend of Rs 23,000 crore.

But most of all, to those millions gazing up at their dream homes, the government needs to find a way to bring in the growing stock of vacant homes (over 11 million) into the market through incentives and tax reforms.