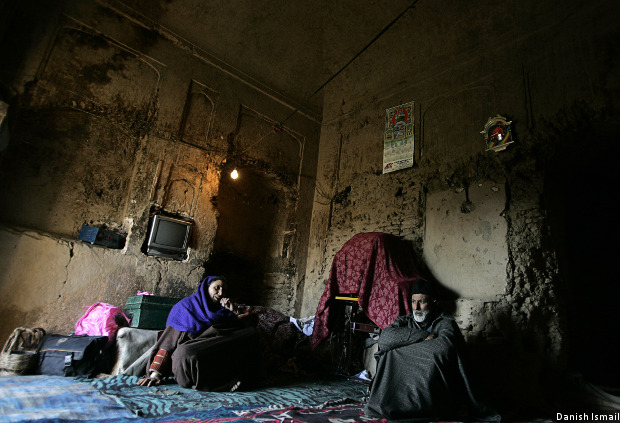 Jammu and Kashmir (J&K) has surpassed Kerala as the state with the highest life expectancy in India for all ages, barring life expectancy at birth, according to the latest data released on October 19, 2016, by the Registrar General of India (RGI), custodian of census data.

The RGI publishes state level life expectancy--defined as the estimate of the average number of additional years that a person of a given age can expect to live--data for different ages: 0 (at birth), 1, 5, 10, 20, 30, 40, 50, 60 and 70. Being the state with the highest life expectancy at birth in India, Kerala used to be the leader in almost all these age categories till 2010.

Since then, it has escaped public attention that J&K has replaced Kerala as the new number one in most of these categories. More specifically, barring life expectancy at birth, J&K has a higher life expectancy than Kerala for every age group included in the RGI's Sample Registration System (SRS) data analysis released last week, based on surveys done between 2010 and 2014.

India's statistical system does not produce life expectancy numbers on 15 “small states” and Union Territories (UTs), such as Goa, limiting itself to 21 "bigger" states and UTs.

Are you surprised? Why you should be

When I opened the Census of India webpage, which holds the SRS-based abridged life tables for 2010-14, I was greeted with a line “Are you surprised?“ on the browser tab. At first, I thought this was a prank by an official, perhaps equally amused by the numbers as I was.

I soon realised the question was the result of a computer virus from the 1990s, called Shankar’s Virus, playing tricks with official documents. In all likelihood, the computer network within the RGI's office is one of the last places on earth where you will see Shankar’s Virus.

Why is J&K number three in terms of overall life expectancy at birth? The answer lies in its IMR, a measure of the children under one year who die for every 1,000 live births.

Kerala has an IMR of 12, while J&K has an IMR of 34, closer to the national average of 39. If you consider the percentage distribution of deaths by age group, infant deaths (death before age 1) consisted of 11.3% of overall deaths in J&K, close to the India average of 12.3%. In comparison, Kerala's infant deaths comprise 2.6% of all deaths.

This also does not mean that children in J&K are doing particularly badly. The reductions in IMR as well as Under 5 Mortality Rate (U5MR) have been impressive over the last decade.

Within the toddler age group (1-4), J&K has the lowest proportion of deaths in India--0.1% of all deaths; Kerala has 0.4%. In particular, given the low proportion of children dying in the 1-4 age category, J&K's high IMR needs to be looked at more closely through systematic studies. The soon-to-be-released National Family Health Survey (NFHS)-4 results for J&K may address this situation.

Is J&K's high IMR an anomaly? Perhaps not, but further data are required

Does living longer mean living healthier? This is the question which a 2014 study by the Institute for Social and Economic Change (ISEC)--which used mortality data given by SRS together with morbidity data given by National Sample Survey Office--tried to answer. The findings are not encouraging. The authors found that average healthy years lost due to major groups of diseases is 7.5 for men and 9.2 for women in India.

Diseases cost Kerala men 19.7 healthy years and women 24.6 healthy years, according to the study. A low IMR and a high life expectancy at birth does not make Kerala a healthy society; the state is fast gaining notoriety as the diabetes and lifestyle-disease capital of India, as IndiaSpend reported in October 2014. Average healthy years lost due to major groups of diseases at birth in Jammu & Kashmir is 9.1 for men and 10.8 for women.

The J&K-Kerala enigma also says something about public perceptions of human development:

An alternative title for this piece could have been, “What Is Killing Jammu & Kashmir’s Infants?” I did not choose it, because this story is largely about and for adults.