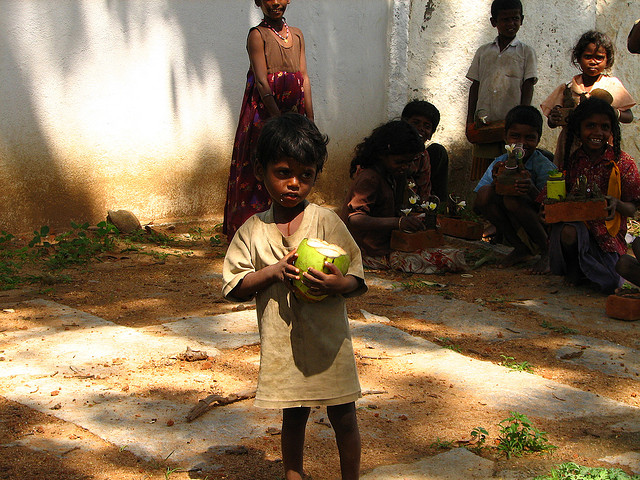 The recent death of infants in Malda district of West Bengal has once again brought to light the pressing problem of malnutrition in India.

Most efforts to fix this problem have focused on providing nutrients, mineral rich food while what may matter more, as is increasingly evident, is factors like the mother’s health and hygiene and sanitation. While the Government has stepped up spending to tackle malnutrition, it does not, however, do much to address the other causes.

A study conducted by medical journal Lancet in India found that 78% of the infant mortality in India was due to low birth-weight and diarrheal diseases. This shows there is not just a need to focus providing essential nutrients but also better hygiene and sanitation.

The last available National Health Survey (NHFS 3, 2005-06)of Ministry of Health shows that 42.5% of Indian children Under 5 years are underweight. The prevalence in urban, rural areas and scheduled tribes is 32.7%, 45.6% and 54.5%, respectively. This figure is of course very old and must have changed.

Let us now look at health-oriented schemes: The ‘Sabla’ scheme was launched in 2011-12 to provide an integrated package to adolescent girls, which includes nutrition, micro-nutrient supplementation and health check-ups. A total of Rs 787 crore has been released for 2010-12. And the IGMSY scheme was launched to address malnutrition among pregnant women.

So, the allocation has more than tripled from Rs144 crore in 2012-13 to Rs 553 crore in 2014-15. The highest allocation this year (Union Budget 2014-15) is for the national nutrition mission. The programme was launched in September 2003 for policy direction and effective co-ordination of nutrition programmes being implemented by the Government.

The Mission has a two tier- supervisory structure. It is headed by the Prime Minister and includes concerned Union Ministers, Chief Ministers by rotation, academicians, technical experts and NGOs. Moreover, Finance Minister ArunJaitley, while presenting the Union Budget on 11th July 2014, said: “Anational programme in mission mode to halt the deteriorating malnutrition situation in India would be put in place within six months.”

Conclusion: Firstly, despite targeted efforts, malnutrition rates remain high and subsequently the infant mortality rates in the country have also not come down. One solution is to clearly work more exhaustively on the outlying areas, like hygiene and sanitation. This calls for tighter co-ordination between departments and spends. Which in general is a campaign promise by the current Government, to make ministries and departments work better together.