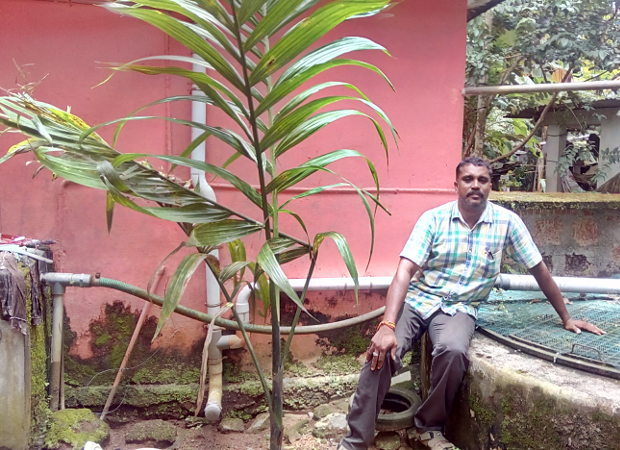 Madhavan Ramadas, 42, a banana and coconut farmer in district Thrissur, Kerala faced hardship every summer as his home open well would dry up. Across India, barely 3% wells registered a rise in water level exceeding 4 metres in the year ending January 2016. Only 35% of wells showed any rise in water level, indicating the scale of the problem.

The year 2014 marked the end of water woes for 56-year-old Mahaveer Singh, a fruit and vegetable farmer from Thumbo ka Golia, a village in Jalore district, in southwest Rajasthan. In 2015, Singh’s income grew 40% over his 2013 income, as he switched to growing vegetables and fruits from castor oil, helped by the bountiful monsoon which raised the water level in his well by 9.14 ft, almost double the rise in 2014--4.57 ft.

Behind the trend of falling water levels is India’s 251 cubic kilometer (cu km) annual groundwater extraction rate--equivalent to 26 times the water stored in the Bhakra Dam--making India the world’s biggest consumer of groundwater, according to a 2012 United Nations Educational, Scientific and Cultural Organization report. With annual extraction rates of 112 cu km, China and the US tie at a distant second.

Source: Managing Water Under Uncertainty and Risk, United Nations Educational, Scientific and Cultural OrganizationData for 2010. Together, these countries account for 72% of the groundwater extracted annually.

Over nine-tenths of groundwater is extracted for irrigation, according to the Ground Water Year Book for 2014-15 released by the CGWB, underscoring India’s dependence on groundwater for irrigation--it provides water for 60% of the irrigated area, as IndiaSpend reported in October 2016. Over the last four decades—when India commissioned roughly half of its 50 biggest dams—around 84% of the total addition to the net irrigated area has come from groundwater, according to this July 2016 report by a government committee.

Just like the rest of India, Singh depended on his well to irrigate his 15 bighas of farmed land. But unlike Singh, major farming states—Punjab, Rajasthan and Haryana—are seeing water levels in wells fall instead of rise.

A well-recharging project implemented by the Jal Bhagirathi Foundation (JBF), a Jodhpur-based not-for-profit, enabled Singh to switch from growing only castor oil to chillies, vegetables and, of late, Thai apple ber; his income grew by 40% and could increase by 250% if the berries yield the return Singh expects. “Now my well yields the same water flow even in the summer months,” Singh told IndiaSpend over the phone. “Now the water is sweet, earlier it was salty,” he added, referring to the improved quality of water. 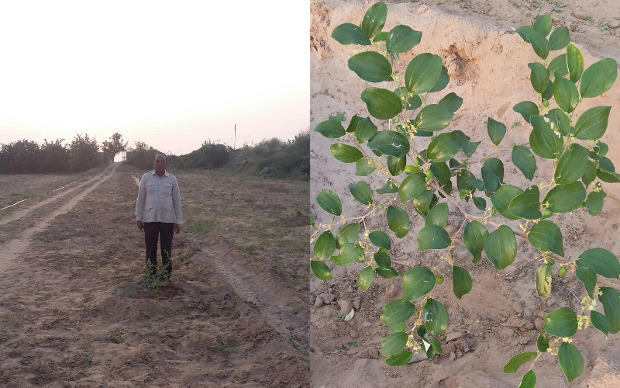 In 2015, Mahaveer Singh (left), 56, of Thumbo ka Goliya, southwest Rajasthan, saw water levels rise over 4 metres in his well when only 3% wells across India saw such a rise. A rainwater harvesting well recharging project implemented within 2 km of Singh's 15 bighas of irrigated agricultural land has increased the availability of water in his well as well as improved the quality of water--earlier it was salty, now it is sweet. Switching from growing castor oil to vegetables increased farmer Singh's income by 40%. With Thai variety apple ber (right), his latest crop, Singh expects to see his income grow 250%.

In contrast, the average farmer in Punjab, Rajasthan and Haryana faces the prospect of having no groundwater left for irrigation by 2025.

Source: Ground Water Year Book for 2014-15, Dynamic Ground Water Resources of IndiaGroundwater development index is a measure of the groundwater consumed to the groundwater recharged through rainfall, canal seepage, return flows from irrigation and recharge from water bodies and conservation structures.

Too easily accessible groundwater is being exploited

The problem--and the advantage--with groundwater is its decentralised access. A licence is all you need to sink a well on owned land and extract water. Consequently, India has an estimated 30 million groundwater structures, according to the July 2016 government report.

In Punjab, Rajasthan and Haryana, groundwater abstraction exceeds the rate at which it is being replenished through rainfall, back flows from irrigation and seepage from canals, other water bodies and conservation structures. A licence does not prevent groundwater exploitation, and instead breeds corruption within the system, said Rajendra Singh, a water conservationist from Alwar, in Rajasthan.

“We cannot police 30 million groundwater structures through a licence quota-permit raj,” said the July 2016 government report, instead suggesting that groundwater be recognised as a “common pool resource”, which means that it be considered a community resource and not a resource belonging to the owner of the land. The report also suggested that the government promote “community-driven decentralised water management”.

Why should communities manage groundwater?

Local stakeholders are best positioned to police the use of water, and they are more likely to do so honestly because their lives depend on its availability.

“Community-driven decentralised water management was the norm in India until about 100 years ago, prior to the development of the modern canal-based flood irrigation system and extraction technology,” said Singh, the water conservationist.

Wells have also been inextricably entwined in the Indian cultural ethos for being more than a source of water, often with separate wells earmarked for the upper classes and for dalits—a gruesome reality until today.

Between 700 and 1900 AD, west India saw the creation of 3,000 wells, so complex that they came to be known as underground water buildings, or popularly, stepwells, according to the book Steps to Water: The Ancient Stepwells of India. Stepwells around Hampi, in Karnataka, in Delhi, and in Haryana also date back to this period. Without more community-driven initiatives to protect wells, this heritage of India might become “a past glory”, said Jos Raphael, director of Mazhapolima, a well-recharging initiative of the District RainWater Harvesting Mission in Thrissur, a district in Kerala.

Through his non-governmental organisation Tarun Bharat Sangh, Singh, the water conservationist, has actively promoted community-driven decentralised management of natural resources, including wells around the river Arvari in Rajasthan.

“We have created Neer Nari Panchayats to monitor well withdrawals. They don’t allow the water table to fall beyond a certain level, so that even the poorest people who rely on shallow wells are not disadvantaged,” he explained.

Mazhapolima, a community-driven project to recharge wells in district Thrissur, Kerala, has made life easier for thousands, including the family of Madhavan Ramadas, 42, a banana and coconut farmer.

Ramadas’s family--like 75% of Thrissur’s population--depends on about 4.5 lakh open wells for their water needs. Up until 2008, summers were a nightmare for the Ramadas family.

“Water shortages were the norm as our well used to run dry by April,” Ramadas told IndiaSpend over the phone. “Seventy percent of wells in Thrissur would dry up during summer.”

In 2008, Ramadas signed up for Mazhapolima, which involved setting up a system to harvest and channel rainwater to recharge his family’s open well. As a result, in 2009, the family had sufficient water to last through April. A year later, the well water lasted until May, and by 2010, summer water shortages were a thing of the past. 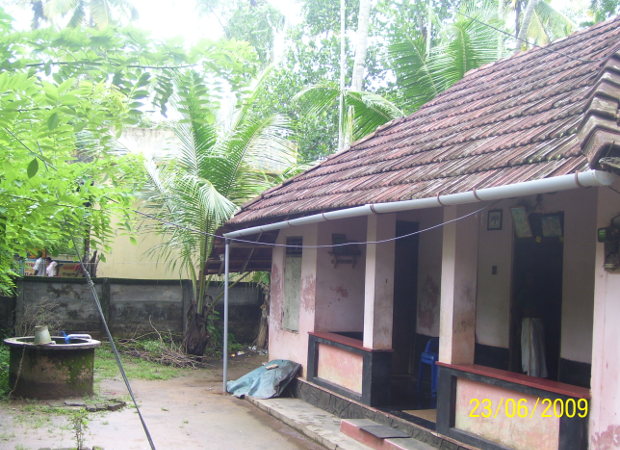 In Kerala, rooftop rainwater harvesting systems involving a pipe and gutter are being used to to recharge home open wells, under a community-driven project, Mazhapolima, which has increased the utilisable groundwater potential in a sample 7.6 sq km coastal area by 43.35 million litres as well as improved the quality of water.

Well-recharging has worked successfully, especially for coastal communities in the district of Thrissur, but hasn’t been as effective for those living in the mountains or in the plains, said Raphael.

Mazhapolima has increased the groundwater potential in a coastal area covering 7.6 sq km by 43.35 million litres, as well as improved the quality of water, he added.

Singh, the farmer in arid Rajasthan, has also benefited from water harvesting and well-recharging.

With the aid of non-governmental organisations and funds raised from the community, the JBF constructed a sand dam—a structure which slows down the flow of water thus increasing the amount that percolates underground—on the dry bed of a nala (stormwater drain), flowing 1.5 km away from Singh’s fields. The dam increased the water level of 103 wells, within a 4 km radius of the dam, according to Kanupriya Harish, executive director of the JBF.

“In Thumbo ka Golia, the community contributed 18% of the Rs 17 lakh project cost,” said Harish. “Seeing the success, more communities are asking for help, and (are) ready to pay their share.”