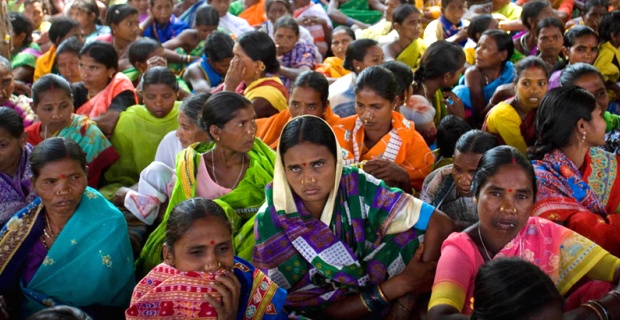 The recent spate of crimes against women has also triggered a sharper analysis of historical data, particularly in the public domain. And the numbers, reported as they are, continue to surprise.

Data released by the National Crime Records Bureau (NCRB) this week shows a 69% decadal (over the decade) jump in crimes against women. The number of kidnappings and abductions of women and girls have jumped a whopping 163.8% since 2002.

The only comfort perhaps lies in the annual data, particularly over the last two years which suggests a 3% overall drop in total number of crimes between 2011 and 2012. But on the other hand, crimes against women registered a 6.3% increase since 2011. 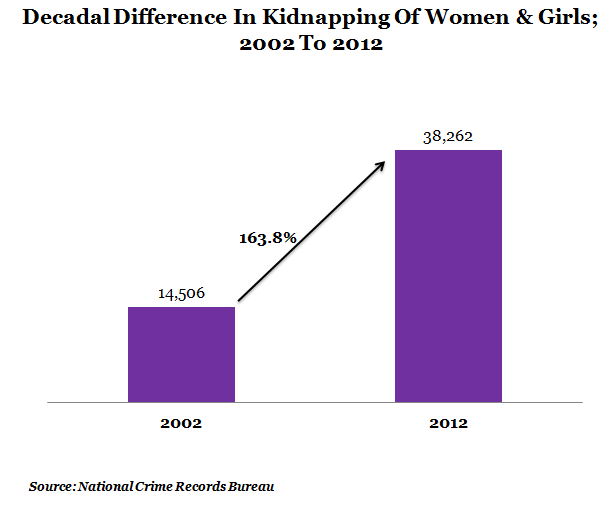 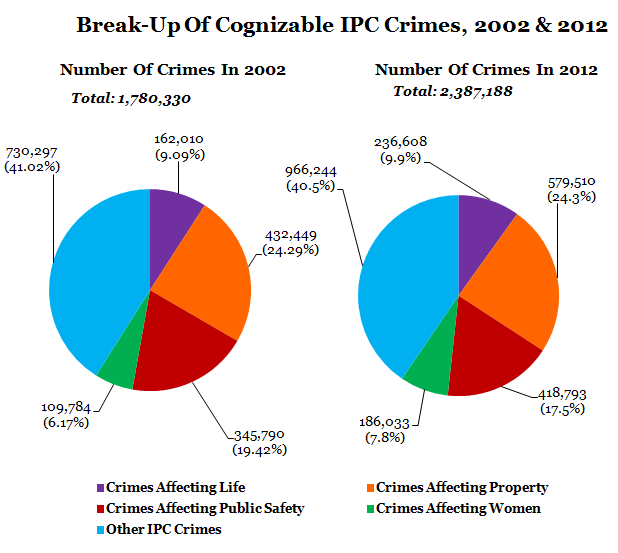 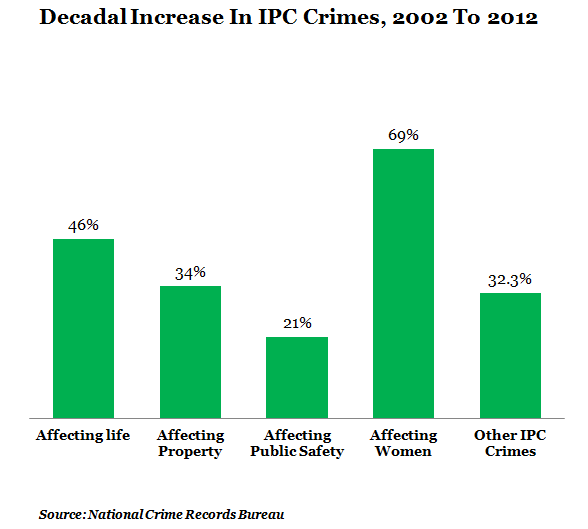 Theft accounted for the highest number of cases under this category with 337,407 cases being recorded. Out of these, 154,351 cases were auto-related.

Crimes affecting public safety; which include arson, riots etc., had the second largest share in the IPC crimes, recording about 418,793 cases which constituted 17.5% of the IPC crimes. This is a 10% jump from the 380,411 cases reported in 2011.

There were a little over 6 million crimes reported in 2012. About 2.3 million or 39.5% of the total crimes fell under the IPC (Indian Penal Code). The IPC cases mostly deal with violent crimes like murder, rape, kidnapping and theft.

A little over 3.5 million crimes came under the SLL (Special & Local Laws) category which constituted about 60% of the total crimes. SLL cases mostly deal with narcotics, arms, gambling, and dowry & sati prevention to mention a few.

The figure below shows the breakup of the total cognizable crimes in India from 2002 to 2012. 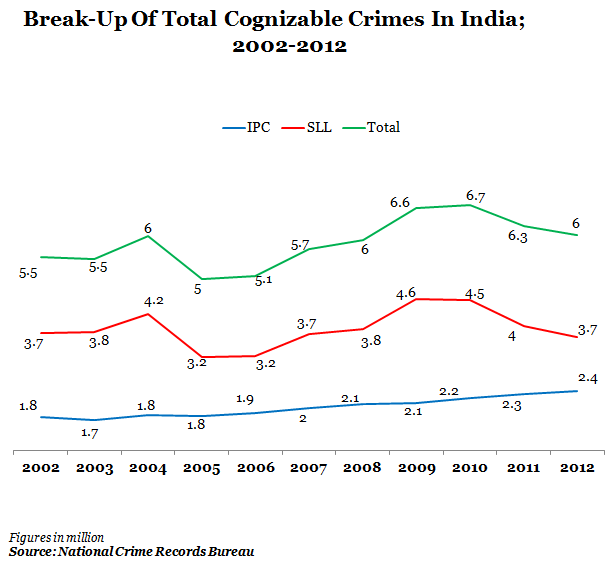 The SLL crimes recorded a decadal decrease of 2.5%, while they showed an almost 7% fall from the previous year.

The report revealed that Uttar Pradesh, Tamil Nadu, Kerala, Gujarat and Maharashtra are the most crime-prone states, which include both IPC and SLL. The north-eastern states of Sikkim, Nagaland, Mizoram, Arunachal Pradesh and Meghalaya were among those with the lowest number of crimes reported.

The figure below gives us a break-up of the types of crimes in the Top 5 and Bottom 5 states. 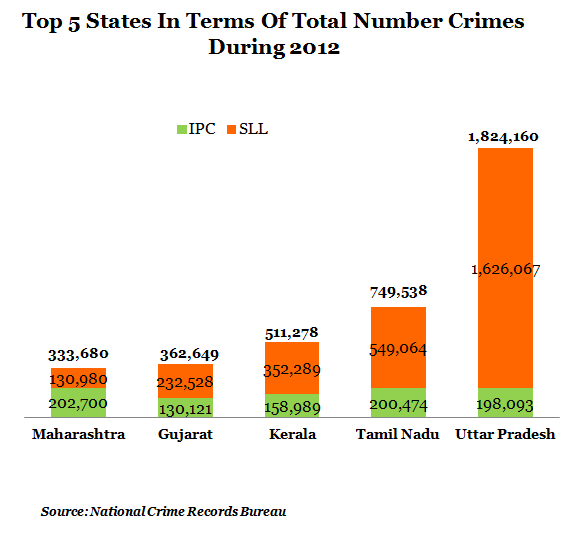 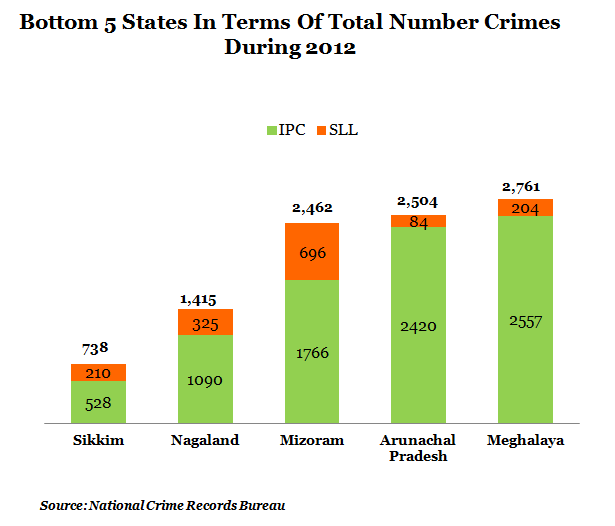 Another interesting point to note is that, while it wasn’t in the Top 5 states, Madhya Pradesh recorded the highest number of IPC crimes at 220,335.

While the data does show that there has been an increase in the number of crimes, it must also be kept in mind that it is possible that the reporting of crimes has increased over the past decade.

*Cognizable Offence: Officer in charge can investigate and arrest without a warrant; classified into IPC & SLL crimes

Non-Cognizable Crimes: Cannot be investigated by police without a warrant