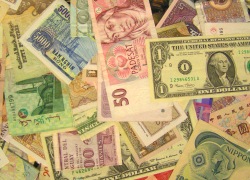 India’s borrowings from the global markets are increasing and the ratio of the country’s foreign exchange reserves to total foreign currency debt is declining. Would that be cause for worry, given India’s 1990s’ history of debt crisis?

The answer for now is no… because the total external debt-to-GDP ratio is still within a manageable limit of around 20%.

India is not alone in facing pressures on the external debt front. According to the Organization of Economic and Development (OECD), nearly $5.4 billion was received as interest from developing countries on loans extended by OECD countries in 2011. External government debt has also been in the news due to the on-going euro-zone debt crisis.

Let us now look at India’s external debt situation since 1990: 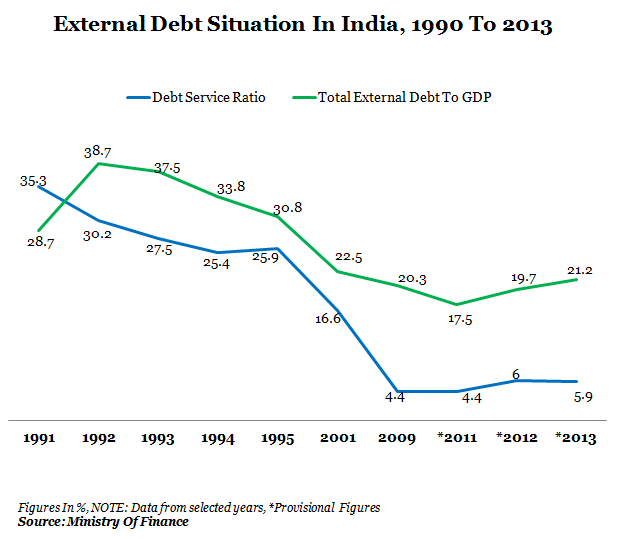 India’s external debt has increased from $ 83.8 billion in 1990 to $390 billion in 2013. Although this is a significant increase, the external debt-to-GDP ratio, which determines the credit-worthiness or the capacity to repay loans, has remained between 21-30%.

Let us now shall look at public debt i.e., the government share in external debt:

So, sovereign debt was 20.9% of total external debt in 2013 while non-government debt was 79%. External assistance, which includes both multilateral and bilateral concessional loans, accounted for 75% of sovereign debt while other government external debt (including defence debt, investment in treasury bills/government securities by foreign institutional investors (FIIs) and funds parked with International Monetary Fund and foreign central banks) was 24.8%.

Sovereign debt increased from $49.3 billion in 2007 to $81.6 billion in 2013 but most of this increase has been due to the rise in external assistance.

Let us now look at some key lenders to India – both institutions and countries: 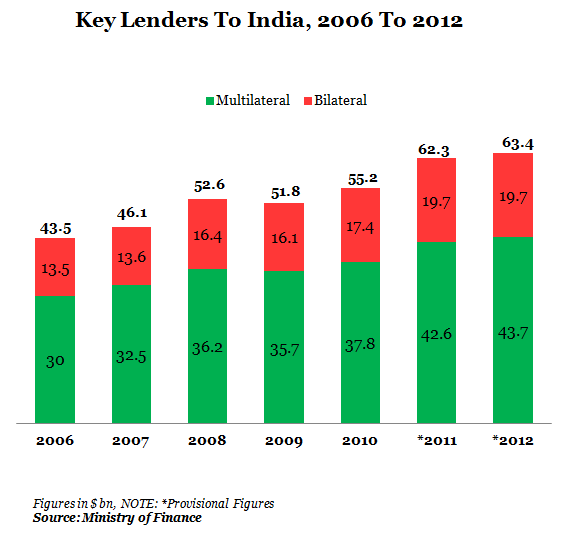 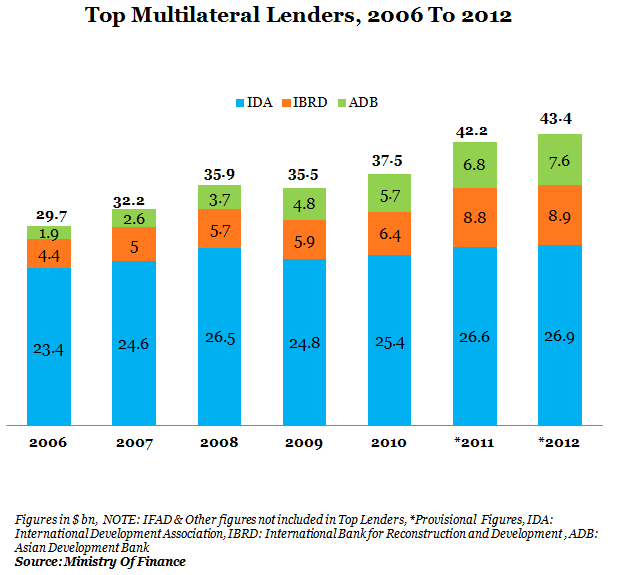 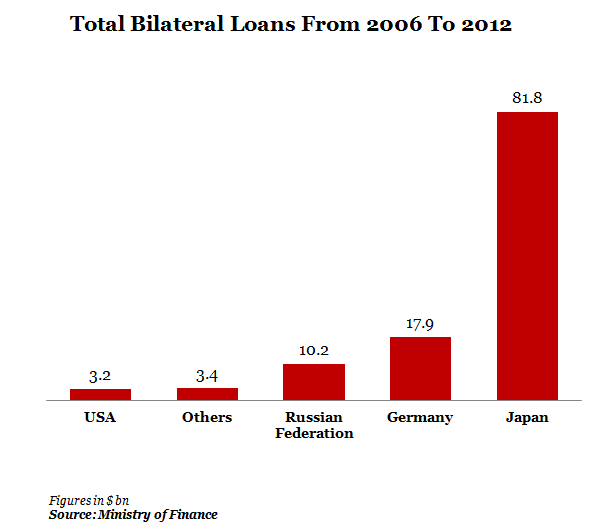 As we can see from the table above, both multilateral and bilateral loans have increased by more or less the same percentage (66%). Under multilateral loans, International Development Association, which is part of the World Bank, aims to reduce poverty by providing loans (called “credits”) and grants. It has been one of the biggest concessional loan providers (lower interest rates and longer repayment periods than typical or standard market or multilateral loans) but there are new players on the horizon.

While IDA’s contribution continues to remain high, India has also been borrowing more from International Bank for Reconstruction and Development (IBRD), which provides non-concessional loans (at market rates). Asian Development Bank (ADB) is another body providing loans at market rates.

In the bilateral arena, Japan continues to be one of the main bilateral loan providers while others like the Russian Federation, France and the US have been reducing their engagements with India. Germany has increased its donor engagement with India. It can be seen that although loans from Germany fell during 2008-09, they have been increasing ever since that time.

The decline in concessional debt reflects the reducing share of multilateral and bilateral debt in India’s total external debt. It also signifies a maturing market economy that is increasingly integrated into the world economy. However, this also indicates that there will be increasing pressure on the Government account with regards to debt service payments.