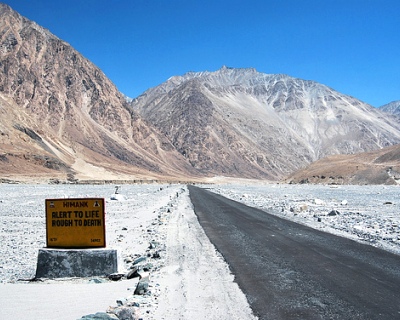 There is often criticism about India not investing enough to build infrastructure in the border areas, particularly in the north-east. It has also been pointed out that China has, for instance, spent much more on the other side.

So far, Rs 7,000 crore has been released for socio-economic development of border areas under BADP. The programme is being implemented in 358 identified border blocks of 96 districts in 17 states that share international land border with neighbouring countries. Table 1 shows the state-wise number of blocks and districts covered under BADP.

Let us now look at the funds released and utilised by the states for the last three years.

Jammu & Kashmir has utilised Rs 308 crore during the last three financial years. However, the percentage of funds utilised has declined every year.

So, where is the money being spent in the border areas? The top five sectors are roads, social sector, education, agriculture and security.

Construction and strengthening of roads, culverts and bridges in the border districts amounted to Rs 1,140 crore in the last three years. So, nearly 58% of BADP funds has been utilised in the roads sector. West Bengal spent the highest amount of Rs 196 crore followed by Arunachal Pradesh and Jammu Kashmir with Rs 131 crore and 116 crore, respectively.

Given the difficult terrain and complex socio-economic situation along the borders, effective development of border areas is a challenging task. Equally, there is much scope to improve the levels of education, boosting agriculture and augmenting the security of the border areas.