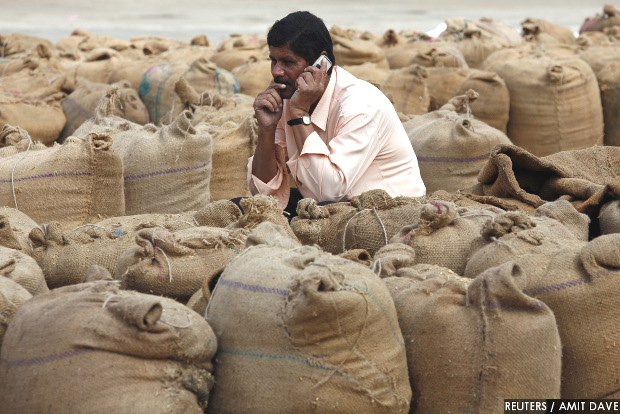 India's biggest reform to transform the life of a crisis-ridden farmer is 91.6% behind schedule this year, prompting Prime Minister Narendra Modi to promise in five months what could not be done over the last 10.

As many as 250 agricultural markets nationwide (of 585 selected) were supposed to have been linked by 2015-16 to a common nationwide electronic platform, but only 21 markets in eights states have been linked—as of March 2016—to what is called the National Agricultural Market (NAM) platform.

On average, a farmer gets no more than 10 to 30% of the cost you pay for her produce, as IndiaSpend has reported, primarily because the farmer cannot sell directly to consumers and large companies, thanks to an archaic law that delivers commissions to layers of agents, usually linked to politicians.

Despite the slow progress, the target of linking 585 markets to the NAM by 2018 stays unchanged, according to this statement issued on April 14, 2016, by the Ministry of Agriculture. This means that 564 markets must be linked in two years, 26 times the number (21) linked over the last 10 months.

The NAM target of 585 thus covers only 25% of the India's principal agricultural markets.

The law that helps agents and politicians

The Agricultural Produce Marketing Committee (APMC) Act of a state regulates the purchase of agricultural products, such as cereals, pulses, fruits and vegetables for that region.

“The continued presence of regulations of APMC Acts in most commodities in most states has compelled the farmer to sell produce only in the government-controlled marketing yards," said this December 2015 NITI Aayog report, Raising Agricultural Productivity and Making Farming Remunerative for Farmers. "The APMC market yards are subject to vast technical as well as marketing inefficiencies that undermine the prices that farmers receive."

Bihar is the only state to have repealed the APMC Act in 2006. Kerala never enacted APMC legislation, but it did not develop marketing infrastructure either.

“APMCs levy multiple fees, of substantial magnitude, that are non-transparent and hence a source of political power,” said the Economic Survey of 2015-16 (Volume 1, Chapter 8).

For instance, at the principal market yard for Mumbai city (at Vashi), farmers must pay 2% commission to agents, who charge further commissions that range from 6.5% (on onions) to 10% (on vegetables), the survey said.

The southern state of Karnataka has pioneered modern agriculture marketing by unifying 51 of 155 principal markets statewide in collaboration with the National Commodity Exchange, a trading platform for commodities.