The Parliamentary Standing Committee on Defence released a report recently on the functioning of army-run schools (Sainik Schools) across the country.

IndiaSpend’s Sourjya Bhowmick finds that Sainik Schools have around 7% dropout rate with ‘discipline’ and ‘parents request’ being the biggest reasons for students leaving the institutes. Sainik Schools also score very low in the intake (barely 20%) of the National Defence Academy (which trains officers for the Indian Military), and the cumulative vacancy in the last three years in the Schools has increased to 514. While the number of Sainik Schools has gone up from 18 to 24, the number of personnel has remained static at a low 72 per school. And the menace of bullying new students and lack of state funding for the Schools are other key concerns.

Sainik Schools prepare students for entry into the prestigious National Defence Academy. Admissions to Sainik Schools are based on the merit of all-India entrance examination held in January each year. At present, there are 24 Sainik Schools in 21 states.

Around 7,340 candidates joined Sainik Schools between 2009 and 2012 as against 98,273 candidates who appeared for the entrance examinations – an admission percentage of 7.5%, which has been increasing with each year.

Let us now look at the dropout rate of the Sainik Schools over the last 3 years:

From Table 1, it can be observed that the total strength has increased over the last three years. Incidentally, the average number of seats that remained vacant in the last three years is 514. However, no exact number, on a year-to-year basis, is highlighted in the Parliamentary Committee report.

While the dropout rate had declined in 2009-10, it has increased to nearly 8% in 2010-11. Poor academic performance, one major reason for dropouts, has declined but other reasons like ‘discipline’ (up the highest), medical and parents’ request have gone up.

Ragging is highlighted as the primary reason for students drop out on disciplinary grounds. A total of 11 ragging cases were reported in the last three years. The Parliamentary Committee has criticised the Defence Ministry for not being able to check ragging in Sainik Schools. The Ministry has been asked to emulate stringent models undertaken by other schools and colleges in India to curb ragging in Sainik Schools.

One of the primary reasons for setting up Sainik Schools was to prepare students to join the National Defence Academy. Let’s take a look at the number of students clearing Sainik Schools and joining NDA: 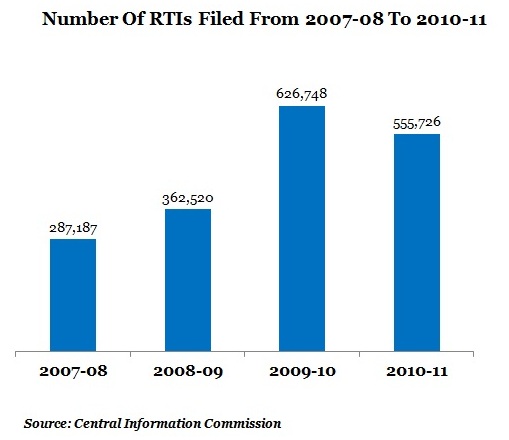 The Defence Ministry has pointed out limited interest among candidates in appearing for NDA as one of the primary reasons for the low results. The Parliamentary Committee has recommended that appearing for NDA exam be made compulsory for all students of Sainik Schools.

Funding is a major issue that plagues Sainik Schools. The Central Government has provided Rs 187 crore from 2008-2011. On an average, around Rs 50 crore is budgeted for Sainik Schools every year. However, purchase of land, expenditure for building, furniture, educational equipment and scholarship for domicile cadets are met by the State Governments. The committee observes that this pattern has deterred the State Governments, and some states are not showing interest in setting up Sainik Schools. Around 7 states including Uttar Pradesh, Arunachal Pradesh and Meghalaya have no Sainik Schools.

Benefits of scholarships are also not evenly spread. Sainik School students in Karnataka, Uttarakhand, Bihar and Haryana get substantial scholarship money, which results in them paying less tuition fee. On the other hand, students in Gujarat, Madhya Pradesh, Assam, Rajasthan and Jammu and Kashmir do not get regular scholarships from their State Governments.

During the last five years, around 11 requests were received by the Defence Ministry for setting up Sainik Schools but only 4 were finalised. The rest could not be finalised either due to unsuitability of land (Sikkim, Jharkhand) or states shying away from financial obligations (Punjab, Uttarakhand). The Standing Committee on Defence has observed that it takes around Rs 50-60 crore per year to run a Sainik School, and this can be easily borne by the Central Government leaving the states to just to provide the land.

The Committee feels that the Central Government has to take the initiative to fix these issues and take responsibility as the key idea of Sainik Schools is to provide competent manpower for the Indian Defence services. And as per official data, around 1,300 officers’ position has been vacant in the period 2009-11.