Do Monsoons Really Matter For Growth? A 15-Year Data Primer 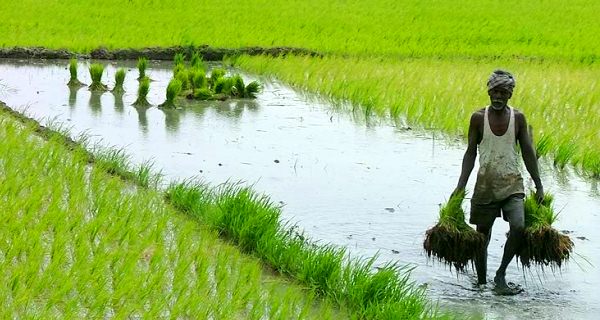 How important are the monsoons to India’s economy? It’s a million dollar question asked every year. In years where monsoons falter or fail, everyone, from farmer to policymaker is on tenterhooks. The good news is that increasingly, the effort is to understand the data better.

The key takeaways: while monsoons, agriculture and economic growth are inextricably linked today albeit to varying degrees, higher agriculture productivity could significantly offset the effect of poor monsoons.

A statement that is best illustrated by the fact that India has amongst the lowest productivity, across crops, from rice, wheat, fresh vegetables, groundnuts and sugarcane despite being one of the world’s largest producers.

Let’s look at how agricultural growth and total growth moved together since 1996-97.

Looking at the movement of growth rates, it’s clear thatoverall growth rates were negatively affected in the years that agriculture suffered.

The year 2009-10 is an outlier, where even though agriculture suffered growth in general picked up. One reason for this could be the fiscal stimulus packages the government implemented to counter the effects of recession.

Whatever the reason, fact is overall growth still depends on agriculture.Moreover, stability in agriculture is all the more necessary as 52% of population of India is dependent on agriculture.

But is stable agriculture the only solution? Before we answer that let’s explain what we mean by ‘unstable’ agriculture growth. A look at (Table 1) shows thatagricultural growth numbers are all over the place.

Why such fluctuations? For one, irrigation facilities are not universally available. Another reason could be that the techniques used inproduction are still backward, which make agricultural productivity (tons/hectare) lower, which in turn makes agriculture that much more dependent on good monsoons.

Let’s look at performance of monsoons along with agricultural growth.

Drawing out a relation between monsoons and agricultural growth is a much tougher task than just pairing total rainfall with the corresponding agricultural growth. Still, as a first simple exercise we will try to do that. (A more detailed report from IndiaSpend will follow soon)

The first observation that can be made from (Table 2) the years in which rainfall has deviated a lot from what is normal, agriculture has suffered.

But if rainfall deviates only slightly from the normal (say around 1%) agriculture is not that much affected. Examples are the years 2005-06 and 2007-08.

To bring out a more general relation between rainfall and agricultural growth, we will look (in a later report) into the distribution of the rainfall across regions. Yet, on the face of it, it would appear there is a data-led connection between good monsoons and agriculture growth.

Besides monsoons another, perhaps less discussed aspect which affects agricultural growth is productivity. Even though India does better in overall agricultural production than many countries, productivity (tons/hectare) happens to be quite low.

Table 3: Agricultural Productivity in India in 2010

Average Yield in India in 2010 (tons/hectare)

Average Yield in 2010 (tons per hectare)

As can be observed from (Table 3) agricultural productivity in India has been quite low, presumably due to relatively backward methods of production. Rice productivity in Australia in 2010 was more than 3 times than in India.

Incidentally, countries like Nicaragua (also) are more efficient producers because they are export focussed, in this case to countries like the United States.

While IndiaSpend will continue analysing monsoon-agriculture linkages, it’s clear that better agriculture productivity can help counter the effect of weak or failed monsoons. There is of course the challenge of improving output and gainfully employing a large proportion of the country’s population. Which is something that can be looked at in another report.