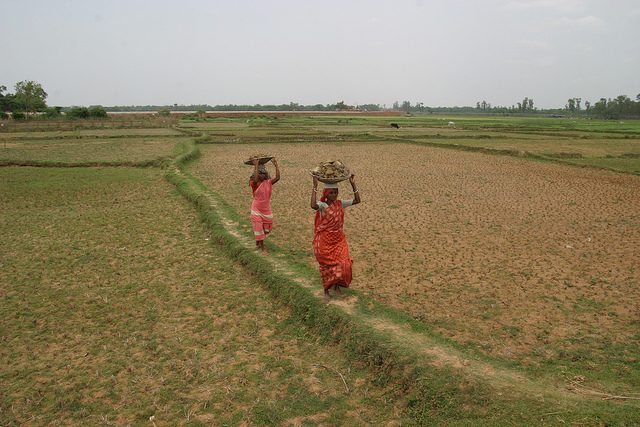 With 56.6% of working population engaged in agriculture and allied activities (Census2011), agriculture is an important component for the Government to focus on in the Budget.

Also, despite more than half of the country’s dependence on the sector for livelihood, it represents only about 14% to the GDP.

However, here is some good news first: According to the Economic Survey, 2013-14, released by the Ministry of Finance before Budget 2014, there was record production of food grains in 2013-14, especially of pulses and oilseeds. There has also been an increase in the net as well as per capita availability of food grains.

Let us now look at some of the problems/challenges before the sector.

The agriculture sector in India has been plagued by low growth rate since Independence. The growth target for agriculture was 4% for 11thPlan but only 3.6% growth could be achieved. The table below shows the growth rate of agricultural and allied sectors in India in the past five years. It is clear from the data that while the growth rate is slow for most years, there is also a lot of fluctuation in the growth rate.

India has a huge and growing population to support. Agriculture thus becomes an important part of the Government’s development plan.

As we can see in the table above, the per capita availability of food grains has not improved in the since 1960s. In fact, in the past five years, it has been worse than earlier. Obviously, India’s agricultural growth has been slow- both in terms of growth and yield.

The latest Economic Survey has reported an increase in per capita annual availability of food grains in 2013-14. This could be the result some of the schemes implemented in the past that focus on increasing agricultural productivity.

The scheme was also launched in 2007along with NFSM to cater to the development needs of the agriculture sector. RKVY focuses on the farmers, and works towards providing them assistance with techniques, public investmentand climate-change needs.

Research and Development in Agriculture

There is a lot of thrust from the Government on research in agricultural development. And the Government has been increasing R&D expenditure as shown in the table below.

Some of the other important schemes for agricultural development in India include:

In the2014 election manifesto, the BJP-led NDA alliance had promised to make the agriculture sector Productive, Scientific and Rewarding. So, following are some points to look out for in the Union Budget to be presented by Finance Minister Arun Jaitley on July 10.

* Increase in public investment in agriculture and rural development

* Steps to enhance profitability in agriculture

* Welfare measures for farmers over 60 years of age

* Setting up of food processing industry

* Not allowing genetically modified foodwithout full scientific assessment of its long-term effect on soil, production and biological impact on consumers.