New Delhi: “Don’t play kabaddi anymore. It is not a good sport and it looks bad for our khandaan [family’s honour],” Farheen Chaudhari, 19, was admonished by her 21-year-old brother. For four months, Chaudhari had worked as a mentor with the Khula Aasman programme of Mumbai-based non-profit Apnalaya.

The programme brought together youngsters living in Govandi, one of Mumbai’s largest slums, to play kabaddi, and with it acquire life skills and learn about gender parity, healthcare and their fundamental rights. Through her role as a mentor, Chaudhari had seen her own confidence grow and since her parents never objected, her brother’s words came as a shock and a disappointment.

Soon her parents began to agree with her brother, and told her to stop playing. Apnalaya’s social workers and Chaudhari’s friends tried to convince them otherwise, but they did not give in.

Finally, Chaudhari took a month’s break from mentorship to convince her brother, and eventually got back to work.

“It is not just her playing the sport, families observe that their daughters are getting more assertive--they are speaking up and making their opinions heard,” said Malathy Madathilezham, a social worker with Apnalaya, “Mentors also get a stipend, so there is this sense of confidence in these girls that fazes male family members as it questions the status quo.”

Facing a backlash or an adverse consequence is not uncommon for adolescent girls who express agency or defy traditional gender norms, finds a new report released on March 6, 2019, by philanthropic organisation Dasra.

The report, ‘Action Reaction: Understanding and overcoming backlash against girls’ exercise of agency in India’, is based on responses by 73 organisations working with adolescents and youths.

As many as 85% of the organisations said they were familiar with at least one incident of backlash against girls who displayed agency or defied traditional hierarchical norms of gender, the report says. 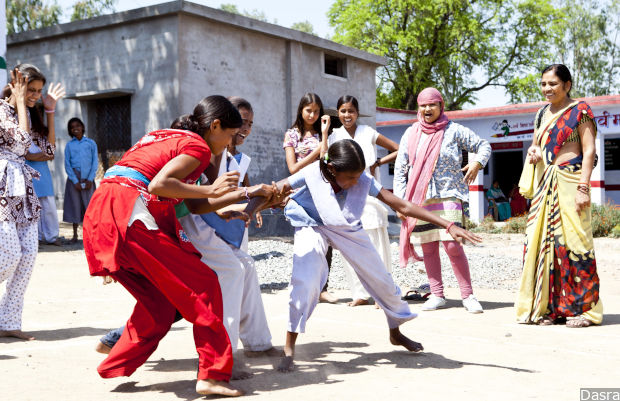 Two-thirds of responding organisations (66%) reported backlash which ranged from community refusal to allow the conduct of programmes to threats of violence to actual violence against field staff and in the form of destruction of property.

Backlash was reported by two-thirds of responding organisations (66%), and took the form of ostracism, forced seclusion, withdrawal from school, forced marriage and violence. A majority of youth-serving organisations--whose activities focus on building leadership and life skills among the young; inform adolescents about sexual and reproductive health and rights; and build adolescents’ communication and negotiation skills--reported backlash.

“Organisations working on the field frequently faced backlash but there was never a systematic documentation of it. This report gives a direction of the kind of reaction and what needs to be done to anticipate and work around it,” said Priti Prabhughate, associate director, Dasra.

More than half the respondent organisations said they were aware of a girl who had been harassed by a boy on the way to school and had been withdrawn from school because parents feared she would lose her reputation.

Some 44% of organisations said they were familiar with an incident in which a girl was forced to discontinue her education by her parents and brothers because she was friendly with a boy.

Half of all responding organisations (51%) related incidents in which a girl was refused permission to participate in outdoor sports for fear of adverse community reactions or likely harassment from boys, or was reprimanded for participating in sports events.

Sometimes, empowerment interventions can unlock aspirations, but the realities of young women may not match up.

However, girls may find that their current status in society and at home has not significantly changed and they may struggle with a range of "new age skills" such as travelling alone, using a smartphone, typing out a document on a computer in English and asking for directions, the Nanhi Kali survey found.

Cycling to school: A world of possibilities but no opportunities

A 2017 study of girls who received cycles showed they had a higher chance of completing their studies, but a lower chance of working at a paid job than those who did not.

“A girl on a cycle is not just a girl going to school; she signifies a change in attitudes in the society,” wrote Shabana Mitra of the Indian Institute of Management, Bangalore, and Kalle Moene from the University of Oslo, in their 2017 paper assessing the long-term impact of the 2006 bicycle programme of the Bihar government.

Under Bihar’s Mukhyamantri Balika Cycle Yojana, each girl who enrolled in grade IX would receive a cash award of Rs 2,000 to purchase a bicycle to ride to school. The programme was successful at improving girls’ enrolment--in the first year, there was over 30% increase--while leakages (money being siphoned off) remained less than 5%, different studies showed.

Ten years after the launch of the programme, Mitra and Moene studied the changes in attitudes of men and women towards the role of women in society.

The authors also found that the girls who had received bicycles were 4% less likely to work in agriculture; 45% said they wanted to work but their families objected; and 10% said there were no suitable jobs available. Since agriculture was the primary occupation available, the girls chose to not take low-paying agricultural jobs but wait for more “suitable” ones, the authors wrote.

At the same time, girls who had received a bicycle were more likely to delay marriage by at least six months on average.

“The girls have in several ways been empowered, but they now need to be given the means to become independent. This requires more efforts and new policies by the state – to create more jobs,” wrote the authors.

However, increased education does not automatically result in greater labour participation, wrote Sonalde Desai, professor of sociology, University of Maryland, in The Hindu on March 7, 2019.

Between 1993-94 and 2011-12, India witnessed an 11.5-percentage-point decline in the workforce participation of illiterate women in rural areas and a 5-percentage-point decline in urban areas. However, a similar decline has been visible among college-educated women too, whose workforce participation fell by 8 percentage points in rural India and 4 percentage points in urban India, as IndiaSpend reported in September 2017.

“Employment opportunities that are open to their mothers, including farm labour and non-farm manual work in construction, hold little appeal to secondary school graduates who have invested their hopes in education. However, white-collar jobs are either not available or demand long hours and offer little job security in this time of a gig economy,” Desai wrote in The Hindu.

How to counter backlash

In order to preempt or counter such backlash, organisations recommend that field staff be hired from within the community, that they engage with parents and explain their programmes, and win support from the authorities by citing positive role models who have married late, delayed pregnancy and made their life choices without hurting the family’s reputation, the Dasra report says.

While backlash is often faced by pioneers who are at the forefront of questioning traditional norms, the report notes, it dissipates as communities adjust to new forms of behaviour among women.