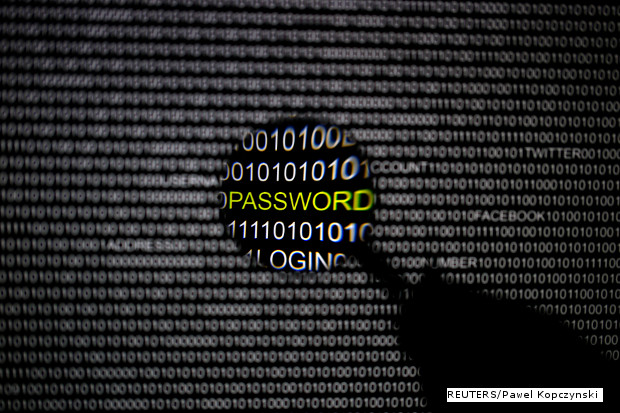 With Internet usage soaring in India, so is cyber crime, but India's laws do not appear to be adequate to tackle the surge.

India was projected to have 302 million internet users by the end of 2014, and will, this year, overtake the United States as the second largest number of internet users after China. About 24% of the population will then be online.

As cyber crime rises, there are indications that the criminal-justice system is unable to cope, with a minuscule percentage of convictions reported, although there is no reliable, nationwide data. 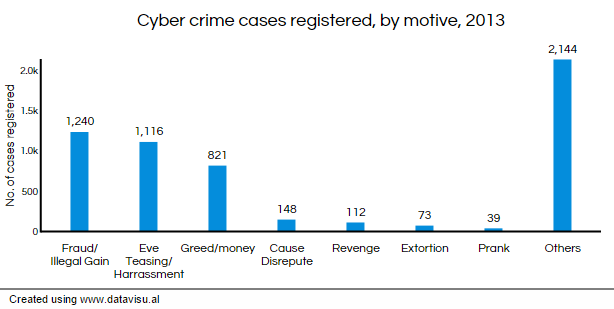 "Illegal gains" and "harassment" are the top cyber crime motives, the data reveal. The majority of crimes are registered under “others”; 2,144 cases were registered in this category in 2013. Such a high number of cases registered in “others” implies that the current laws and regulations aren’t detailed enough to tackle cyber crime.

Instead of bunching cyber crime in the "others" category, they should be specifically classified, said Sunil Abraham, founder-director of Bangalore's Centre for Internet & Society.

Young and savvy: Who's arrested for cyber crime

Those who are arrested under these laws are overwhelmingly young. Data show that the age group of 18-30 accounts for the highest percentage of cyber crime with 1,638 persons arrested in the age bracket out of a total arrests of 3,301 in 2013.

Some cyber laws are considered too draconian for a modern, democratic society, being forced open by the spread of the Internet. These laws are now being opposed by various experts, lawyers and free-speech activists.

Consider the particularly contentious section 66A, which deals with "offensive" messages sent through a computer or other personal communication devices. Anyone found guilty can be imprisoned for up to three years and fined.

In 2012, two girls were even arrested under section 66A in Mumbai for questioning the shutdown of Mumbai over Bal Thackeray’s death on Facebook, with one of them being arrested for just "liking" her friend’s post.

To prevent such abuses, the Supreme Court has ruled that arrests can only be made after clearance from an Inspector General of Police in cities and a Superintendent of Police in the districts.

"Recently certain incidents have been reported wherein section 66A of the Information Technology Act, 2000, has been invoked solely as well as with other sections of Indian Penal Code against certain persons for posting/communicating certain content which was considered by the police to be harmful," the Supreme Court judgement said. "Due diligence and care may be exercised while dealing with cases arising out of the alleged misuse of cyberspace. The Supreme Court is now examining the constitutional validity of section 66A.

Abraham said the problem is various sections of the Information Technology (IT) Act, 2000, such as Section 66A and section 69 (power to issue directions to block public access through any computer resource) are "deeply flawed". He said these laws were "copy-paste jobs" from British and American laws.

Cyber crime appears to be concentrated in states with major cities, indicating that urbanisation--and so internet penetration--is a factor. Maharashtra accounts for the most persons arrested under the IT Act, 2000, and Uttar Pradesh reported the most arrests under the older Indian Penal Code (IPC).