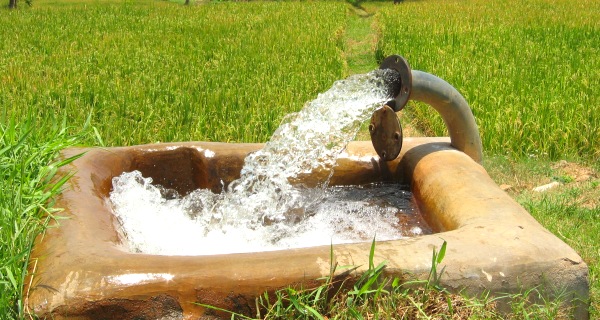 Do farmers really benefit from subsidised power? That question deserves a careful answer but what is fairly clear is that the overall cost of subsidised power on the country has been very heavy.

IndiaSpend’s Sourjya Bhowmick finds that agriculture ranks 3rd among all sectors in India when it comes to consuming power but raises the lowest revenue. And of course, it pulls the highest amount as subsidy (Rs 2 lakh crore).

IndiaSpend earlier reported on the equation between agricultural productivity and rainfall. India’s agriculture (52% derive their livelihood from farming) is, to say the least, totally dependent on monsoon; lesser the rainfall, lesser the productivity and thus the adverse impact on growth.

Reasons vary from poor access to irrigation and backward techniques used in agriculture. Irrigation, which is the solution, needs power and therein lies the connection. So power and power subsidies in some ways become imperative to protect farmers.

Let’s start with per capita consumption of electricity in India vis-a-vis some developed countries:

Agriculture as % of GDP composition

India is at the bottom of the table of electricity consumption. However, agriculture in India still comprises 14.2% of the gross domestic product.

Let’s take a look at the consumption of electricity by sectors in India:

Now, let us look at the subsidies:

During this period, agricultural productivity has come down and monsoon has been erratic. The dire condition of the monsoon right now may lead to more subsidy than decided for the agriculture sector this year.

Now, let us take a look at average tariff, category-wise, for the last five years:

The next table shows the sector-wise share in total electricity sales for the last five years:

The share of agriculture in revenue has increased by 2% in the last five years but it is still the lowest...

So, what are the reasons for such huge subsidies for agriculture while the revenue generation from the sector is very low? As per the World Bank, the reasons are;

And thus the vicious cycle continues.

What can be the way out?

Many states have huge debt due to free rural electricity... Schemes like Gujarat’s Jyotigram Yojana may be the solution.

Jyotigram Yojana is a state sponsored scheme aimed at providing farmers electricity in a phased manner. The average expenditure per village is Rs 6.72 lakh, and the total expenditure planned is Rs 1,290 crore. The scheme has already reduced the distribution losses by 3.74% and transmission failure by 1.17% in one year in 2005-06. Madhya Pradesh is also planning to implement the Gujarat model very soon.

The Shunglu Committee report on the financial position of distribution utilities, chaired by V.K.Shunglu, former Comptroller and Auditor General (CAG) , has also suggested a few measures to reduce losses in agricultural supply. They include:

These recommendations, if implemented could give some respite from the subsidy burden for agriculture, and improve the financial status of the power utilties.