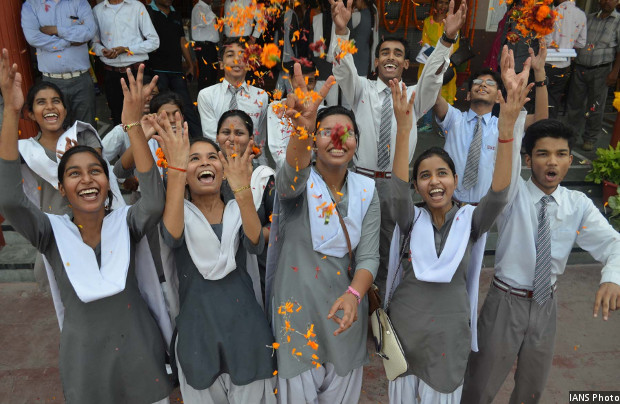 India will not have universal upper secondary education (covering the age group 14-17 years and 9th to 12th standard) till 2085, over half a century late, according to the Global Education Monitoring Report 2016 by United Nations Educational, Scientific and Cultural Organization (UNESCO).

This has to be viewed against the recent improvements in education in India, most notably that there has been an overall increase in gross enrolment ratio (GER or student enrolment as a proportion of the corresponding eligible age group in a given year) at almost every level of education as of 2013-14, as IndiaSpend reported in August 2016.

Gender disparity in schooling has been largely addressed, and the enrolment of girls in higher education increased from 39% in 2007 to 46% in 2014, IndiaSpend reported in July 2016.

An increase in single-sex toilets in schools has led to an increase in the enrolment of adolescent girls and female teachers, the UNESCO study shows.

However, there is still large disparity in achievement of basic skills, such as reading and math, where there has been a decline in learning outcomes, as highlighted in the UNESCO report.

Absenteeism in teachers and stunting: Why India won’t make it to the target

As many as 25% teachers in primary schools remain absent from work, and only 50% of those at school are actually engaged in teaching activities, a 2004 World Bank report suggested.

Almost 24% teachers were absent during random visits to rural schools, according to this September 2015 study by the University of California.

The government has not established any bonus to incentivise teachers and principals, the minister of human resource development informed the Lok Sabha (lower house of Parliament) in April 2016.

E-pathshala, launched in 2015 and aimed at promoting e-learning through e-resources like textbooks, audio and video material, was among the steps taken to tackle the shortage of good teachers, the minister said.

As many as 39%, or 61.8 million, Indian children who are five or younger are stunted, IndiaSpend reported in July 2016. This is 15% higher than the global average.

In terms of educational achievement, studies show that stunting at age two leads to children completing one year less of school. Those stunted before age five achieve less schooling and lower test performances.

Another sustainable development goal that India will miss is to have only 100 million children stunted in 2025.

The current trends suggest that there will be 127 million children stunted in that year. A major problem to prevent stunting is lack of global and local funding, IndiaSpend reported in July 2016.