India To Be World’s 4th Largest Renewables Consumer By 2030 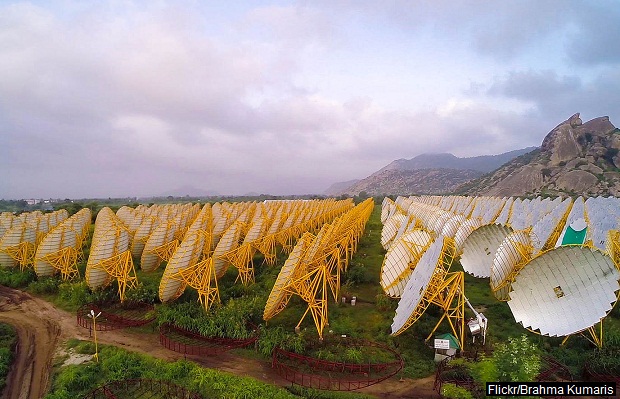 Over the next 14 years, India is on course to become the world’s fourth-largest consumer of renewable energy, after China, United States and European Union, predicts the International Renewable Energy Agency’s (IRENA) report Road Map For A Renewable Energy Future, 2016 (REmap).

Renewable energy will account for 40% (two-fifths) of power generation in India by 2030, if global renewable energy supplies double, said the report released today.

Solar and wind energy projects in India are expected to attract investments of $20 billion each year from the coming fiscal until 2018-19, according to the Indian Renewable Energy Development Agency.

India’s renewable energy push is echoed around the world

Renewable-energy investments in India more than doubled, from $4.9 billion in 2006 to $10.5 billion in 2015, according to this Bloomberg report.

China, United States, India, Brazil, and Russian Federation will account for over half of the total global renewable energy use in 2030 implementing REmap Options, the report mentions.

It also predicts that, if REmap options (60% of the world’s renewable energy potential that can be achieved by implementing existing government plans) are deployed in all sectors, the top five consumers of renewable energy in 2030 would be China (20%), United States (15%), European Union (14%), India (9%) and Brazil (7%).

A six-fold jump in annual renewables share is required, from 0.17% per year, as observed in recent years, to 1% per year till 2030, to achieve this target, the report said. It would cost $290 billion per year to double renewable-energy share by 2030.

Renewable-energy share of the world’s energy mix will reach 21% by 2030, from its present 18%, according to existing national energy plans.

The IRENA report points out that doubling the global renewable share does not imply a doubling in every country. Implementation of all REmap options by 2030 would increase the renewable share between 20% and 70% in most countries.

The vast, global benefits of renewables

The report says that doubling the share of renewables can:

The year 2015 was a record year for renewable energy installations world-wide, with 64 GW of wind and 57 GW of solar PV commissioned, an increase of nearly 30% over 2014.

Source: Renewables 2015 Global Status Report; Figures in Gigawatts (GW); Does not include hydropower