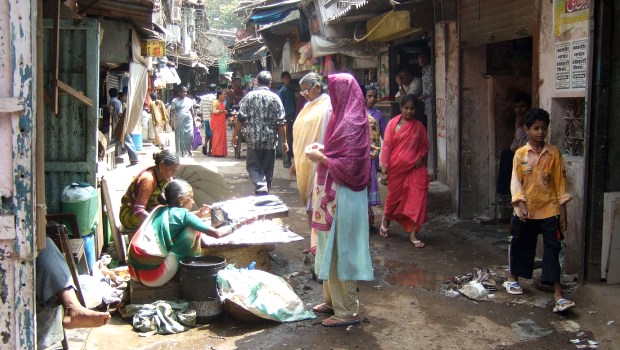 * For a family of five, the all-India poverty line, in terms of consumption expenditure, would be about Rs 4,080 per month in rural areas and Rs 5,000 per month in urban areas

One way of framing the question is to ask whether the present United Progressive Alliance (UPA) Government’s inclusive programmes are yielding results? The other is to ask what would have happened if India had not grown at 7.47% for 8 years.

The other point to note is the role of states in driving the broad data. Bihar and Orissa (IndiaSpend has reported this earlier too) have clearly managed to bring down poverty in their states. Until the most recent figures were released, Orissa had the best track record in poverty alleviation in the past decade.

Now there is also a possibility that - given the sudden variations - that some of the estimates and numbers will be questioned or revisited. For instance, the one-year jumps (2009-10 and 2011-12) in poverty reduction in several states is quite sharp. Till then, lets look at the data at hand. The headline clearly lies here: Planning Commission’s recent poverty estimates show that the number of people below the poverty line has come down from 407.1 million in 2004-05 to 269.3 million in 2011-12. 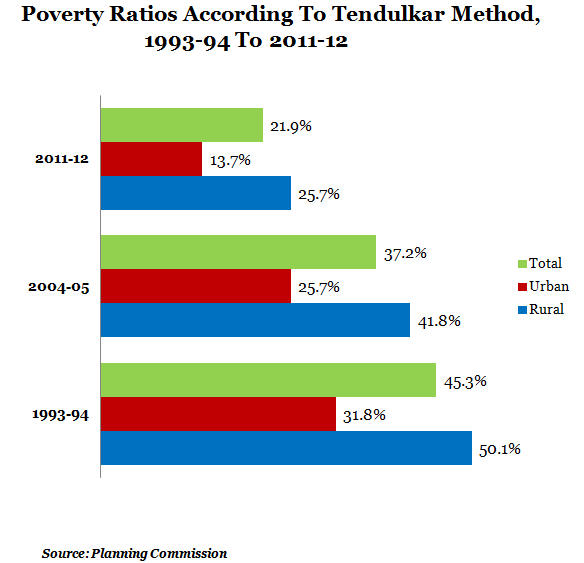 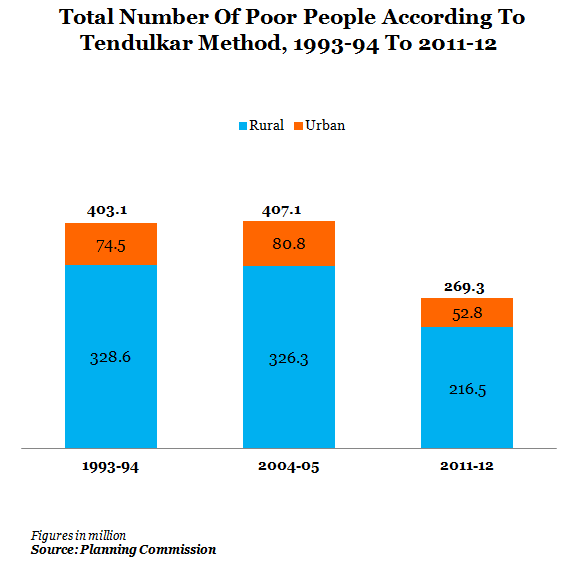 Although the percentages look good, let us now look at the state-wise numbers of people out of poverty. The following table shows the number and percentage of people below poverty line between 2009-10 and 2011-12. We've also looked at the top five states in each category: 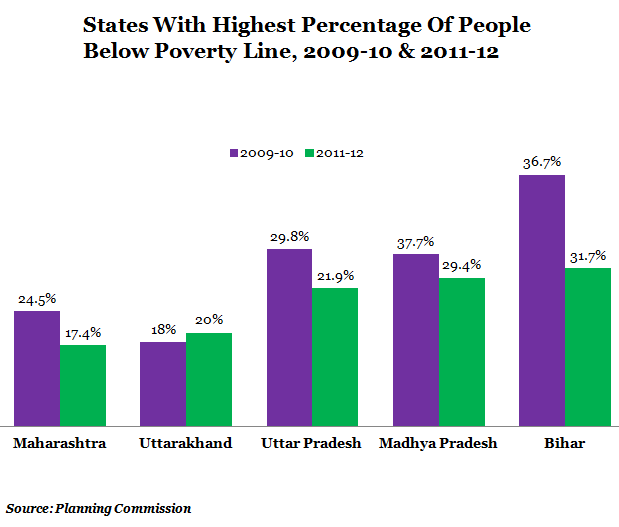 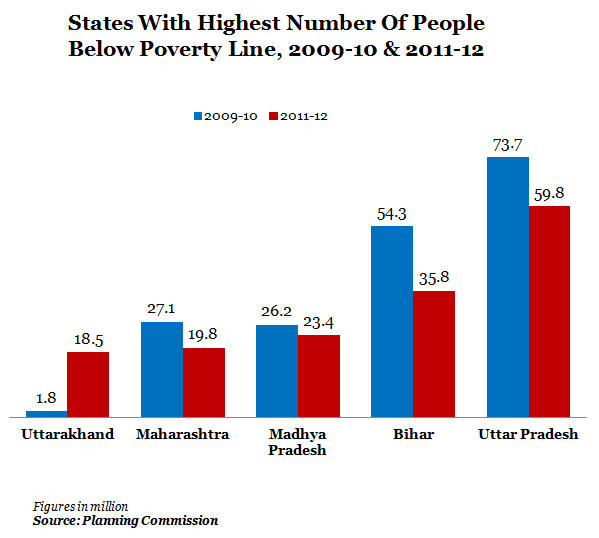 Even though all this is good news, we need to look deeper at another story that is emerging, which is the growing disparity in urban and rural areas. Based on the monthly per capita consumption expenditure (MPCE), it can be seen that the rural-urban expenditure gap continues to remain high: 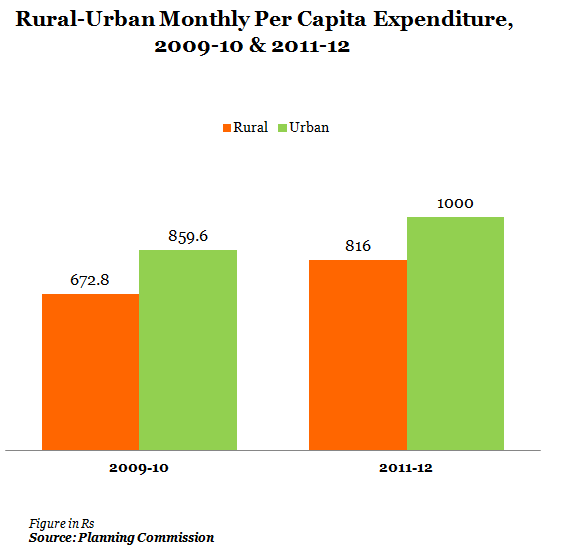 And if we look at the state-wise break up, the scenario is more interesting. The following table shows the top 5 states with highest disparities of income. 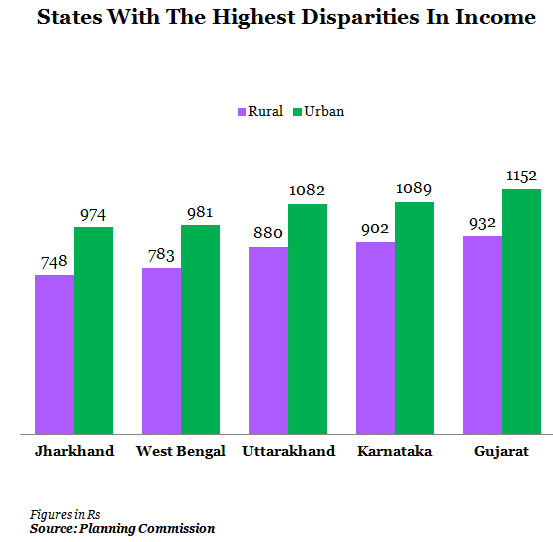 Another alarming fact is that the increasing disparity among states in rural and urban areas. The following set of tables show the highest and lowest spending states in both urban and rural areas: 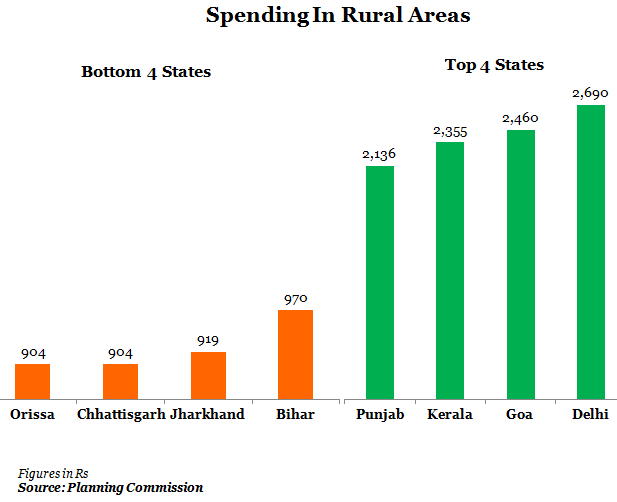 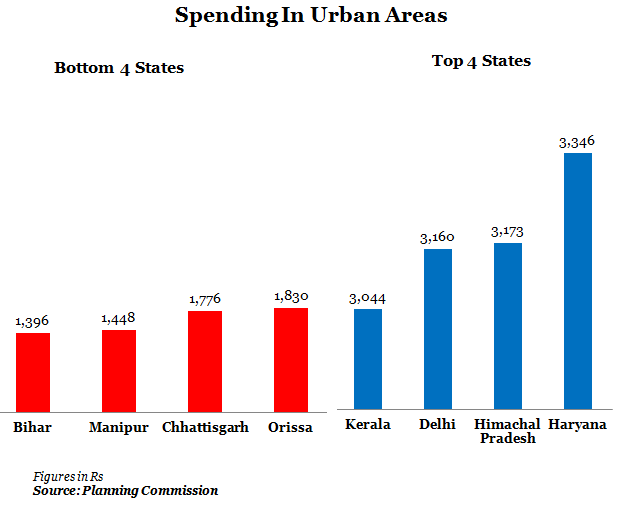 The absolute drop in poverty, while notable, is also driven by high growth. A point also brought out by economists like Surjit Bhalla. The last few years have seen lower growth (6.21 % in 2011-12 & 4.96 % in 2012-13). What this relatively low growth era will do to poverty numbers, rural and urban, remains to be seen.