India Short Of Half A Million Policemen 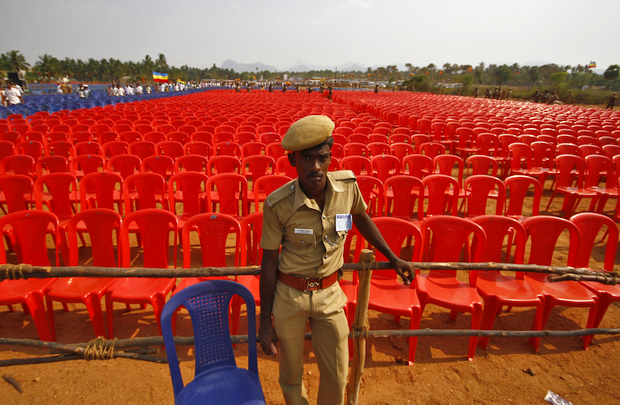 While India reported a 10% increase in crimes in 2013, the country continues to have the same shortage as we reported last year, half a million policemen, a shortage accentuated by more than 47,000 officers protecting 15,000 special protectees. According to data released by the National Crime Records Bureau, there is a shortage in policemen of nearly 23% across the country.

That’s a huge gap for a country, which in any case had a ratio of policemen to people that was more than one and a half times lower than the globally accepted standard. While the UN recommended ratio is 1 policeman for every 450 people, India’s ratio is 1 policeman for 709 people. The NCRB report says that India faces a shortage of 0.5 million policemen. The current police strength is 1.73 million against the sanctioned strength of 2.24 million, a shortfall of 22.8%.

While India has 1 policeman for every 709 people, neighbour Pakistan has a much better ratio of 1 per 483. Globally, Belarus has the highest number of police officers for its population with 1 policeman for 69 people.

The police-people ratio across states in India is also skewed. While north-eastern states like Mizoram and Manipur have 1 policeman for every 110 and 98 people, respectively, Bihar and Uttar Pradesh have much higher ratios of 1,298 and 1,282, respectively.

Looking at the police density across states, Delhi and Chandigarh have the highest police density at 5104 and 5295 policemen per 100 sq km., whereas states such Arunachal Pradesh, Rajasthan and Himachal Pradesh have a low density of 11.8, 23.7 and 26.9 respectively.

While there can be many reasons for the surge in crimes, it is pretty clear that India needs to recruit sufficient policemen to ensure the safety of its citizens.