At 252, India has reported its highest number single-day recoveries on April 17, as per the health ministry’s latest update at 5 p.m. At the same time, 448 new COVID-19 cases have been detected since 8.00 a.m. today. 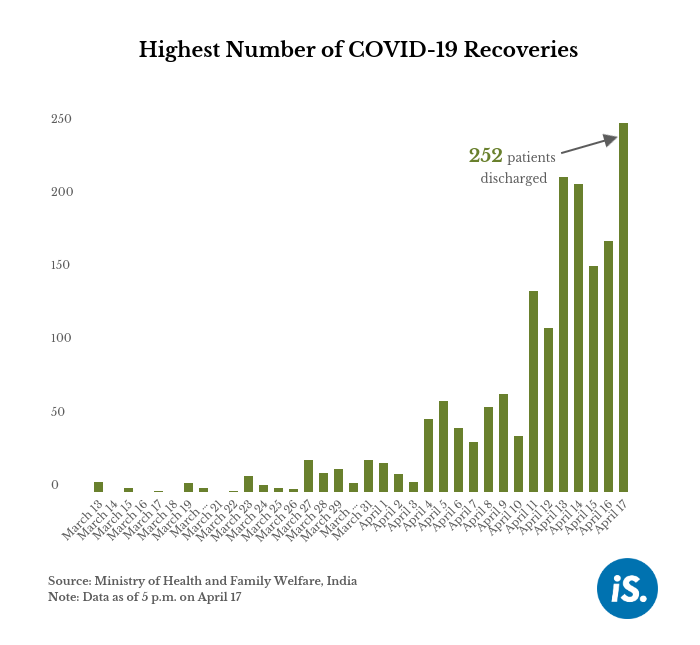 The doubling rate of COVID-19 cases in the last seven days is 6.2 days while before the lockdown it was three days, said Lav Agarwal, joint secretary at the health ministry.

Gujarat, Maharashtra and Delhi are the only states to have reported a death every day in the last seven days (since April 10). Gujarat and Delhi have reported the third most deaths (38 each) in India. Maharashtra (194) and Madhya Pradesh (54) are the top two. 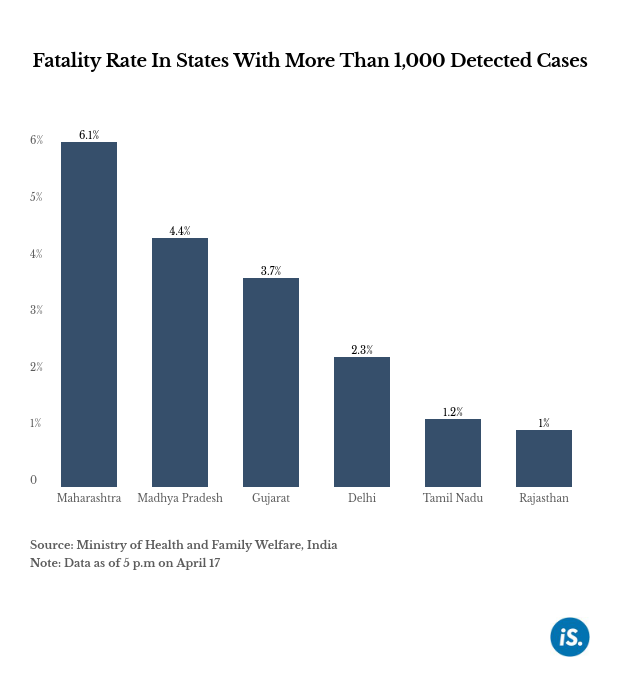 Meghalaya has reported two more COVID-19 cases, taking its total to nine. The state had reported its first case on April 14 and has the second most cases in the northeast after Assam (35), and one death (as has Assam).