India reports highest ever daily recoveries even as cases cross 7,000

The country also reported its highest ever number of daily COVID-19 recoveries, at 127, per health ministry data at 8 a.m. on April 11. This is the first time India has reported more than 100 recoveries in a day. Before this, the highest recoveries were reported on April 9, when 67 patients had recovered. 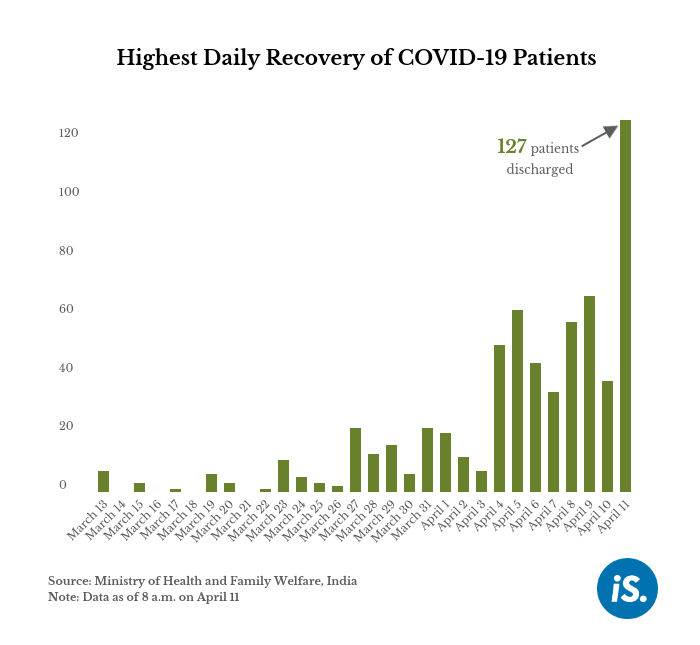 Kerala has reported the highest recovery rate (33.8%) among the 15 states that have more than 100 cases each. It had reported the first COVID-19 case in India, and for weeks was among the states with the most cases. 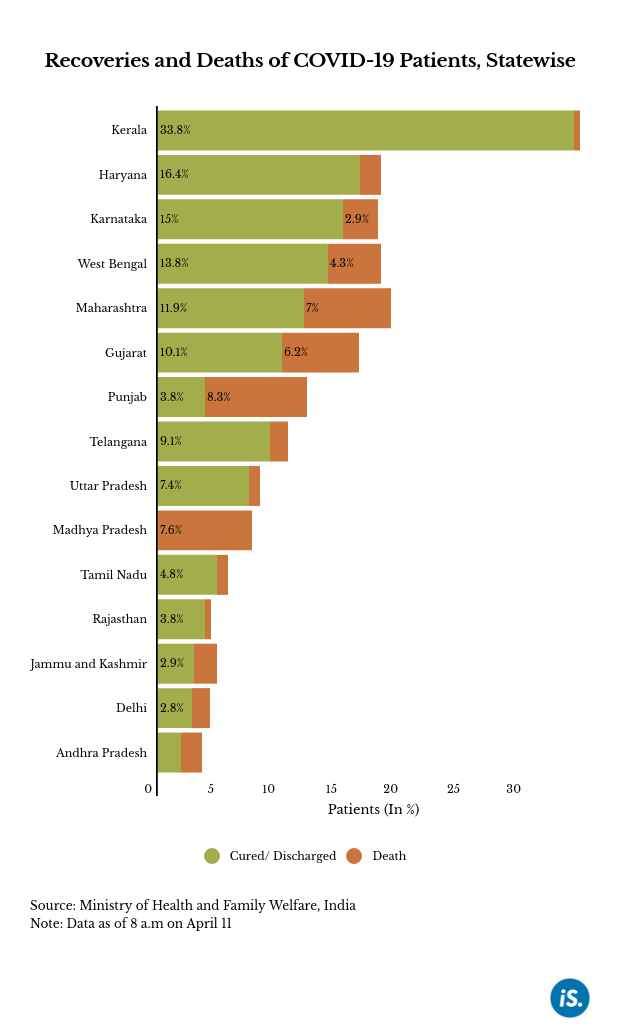 Prime Minister Narendra Modi is expected to discuss the possibility of extending the 21-day lockdown, which ends on April 15, with various state governments today. Punjab and Odisha have already extended it, and other state governments have asked for an extension.

The lockdown had created panic among migrant workers who have been stranded in their places of work, where some have not received wages. Workers in Surat, Gujarat, vandalised shops and took to the streets on April 10, demanding that they be allowed to go back to their native places.

The World Health Organization (WHO) is working with countries on strategies to "gradually and safely" ease stay-at-home restrictions aimed at containing the spread, said Tedros Ghebreyesus, director-general of the WHO. Lifting too quickly could lead to “a deadly resurgence”, he added.

Global death toll due to COVID-19 has now crossed 100,000, and nearly 1.7 million people have been infected, as per April 11 data from the Johns Hopkins Coronavirus Resource Center. The US has become the first country to cross 500,000 confirmed cases, three times the number of cases in Spain (158,273), which has the second highest number.