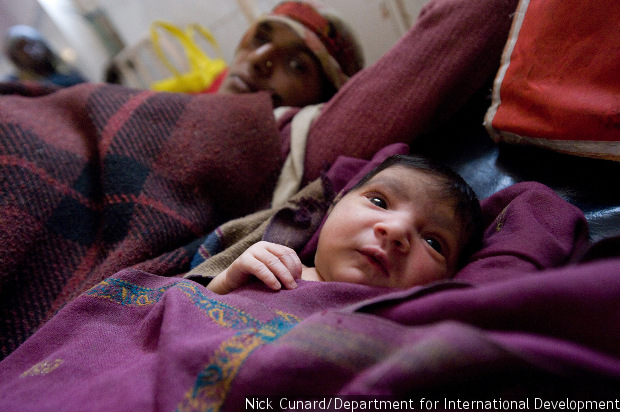 First, the good news: 37 babies died for every 1,000 that were born in 2015, two better than the government’s projections of an infant mortality rate (IMR) of 39 for that year, according to new data released last week. That’s a drop of 53% over 25 years.

Now, the bad news: The target for IMR reduction was 67%; it has fallen 10 short of the target 27 that India agreed to under the 2015 millennium development goals (MDGs), set in consultation with the United Nations. India has also not achieved the IMR target of 30 that the government itself set for 2012.

There were wide variations in IMR--a bellwether of national health--across India, according to the latest report from the Sample Registration System (SRS) bulletin, with smaller, more literate states reporting IMRs close to or better than richer countries and larger, poorer states reporting more deaths than poorer countries, indicating the uneven nature of healthcare.

The overall improvement in IMR over a quarter century is likely linked to a variety of government interventions, including institutional deliveries and providing iron and folic-acid tablets to pregnant women, and rising incomes and living circumstances since economic liberalisation in 1991.

Of 36 Indian states and union territories (UTs), the lowest IMRs were reported from Goa and Manipur with nine infant deaths per 1,000 live births--that is the same as China, Bulgaria and Costa Rica and one better than the consolidated figure for Europe and Central Asia, according to 2015 World Bank data.

In contrast, Madhya Pradesh reported India’s highest IMR with 50 infant deaths per 1,000 live births, or worse than Ethiopia and Ghana and marginally better than disaster-wracked Haiti (52) and unstable Zimbabwe (47), but better than its 2014 rate of 52.

Over 15 years, the mystery of growing deaths in Mizoram and the Andamans

The Andaman and Nicobar Islands and Mizoram are the only state or union territories whose infant mortality rates worsened over 15 years. While the Andaman’s current and 2000 rates are within the Indian MDG target for 2015, infant mortality there increased almost 22%. The situation in Mizoram is more puzzling: Infant mortality rose by more than 80% over 2000, the main acceleration beginning in 2008.

In terms of MDG progress, from the larger states, only Tamil Nadu has met its state MDG target with a reduction of 67% in IMR to reach 19 infant deaths per 1,000 live births in 2015. Sikkim, Manipur and Daman and Diu have all achieved a two-third reduction from their 1991 estimates. Goa, Maharashtra, Puducherry, Punjab, Jammu and Kashmir, Arunachal Pradesh and Odisha have all come very close to achieving their MDG state-specific targets.

While Kerala doesn’t feature on the list--its IMR for 2015 is 12, and well within India’s national MDG target--that is because its IMR for 1990 was as low as 17 to begin with. The latest numbers also show a significant rural-urban gap for IMR, with the gap decreasing slowly, largely because urban rates are on the lower end of the IMR spectrum and so slower to decline.

Girls continue to die in larger numbers than boys

Infant girls in India continue to die at a greater rates than infant boys, and there has been almost no reduction in the gap in IMRs, the new data reveal.

Eight states had IMR lower than the Indian national average for 2015. These include seven poor states singled out for special attention, the so-called Empowered Action Group (EAG)--excluding Jharkhand--and Meghalaya. The higher-than-average rates in these states--EAG states include Bihar, Jharkhand, Uttar Pradesh, Uttarakhand, Madhya Pradesh, Chhattisgarh, Orissa, Rajasthan and Assam--were largely equally above the norm for both male and female infants, a trend reflected over time.

The factors that impact the IMR also reflect the well-being of a nation.

Environmental and living conditions, rates of illness, health of mothers and their access to quality pre- and post-natal care contribute to infant survival rates.

Just as rural-urban differentials in the IMR are sizeable and significant, so too are the differentials by wealth. In other words, babies born in poorer families tend to die in larger numbers. The poor are the most vulnerable to health disadvantages and the IMR tends to reflect that. We will have to wait for the release of data from the National Family Health Survey 4 (NFHS-4), gathered in 2015-16, for the current status of the difference in death rates between babies born in poor and rich families.

However, these inequities in mortality reflect not just differences in access to health services for both children and mothers but also inadequacies of India’s public health system and its inability to deliver quality and equitable services.

Health has rarely ever taken centrestage as a poll issue in legislative assembly elections in India, despite its importance to overall development and growth. Health is a state subject but political parties rarely make health issues a part of their manifestos, possibly because the effort to achieve results exceed the election cycle.

However, focusing on targets such as infant mortality and other reproductive, maternal, newborn and child- health indicators could yield results that fit into the election cycle.

Taking a closer look at IMR achievements for the five states with upcoming elections, there are mixed results. Uttarakhand’s IMR in 2015 was 34, the same as in 2012. In 2014 and 2015, the state reported increases in infant mortality from previous years.

Goa, Manipur and Punjab have successfully achieved the Indian MDG target for 2015, with a reduction of more than 60% in IMR. Uttarakhand and Uttar Pradesh (UP) have decreased mortality rates since 2000, but they both fall short of the India target, with UP--with 46 infant deaths for 1,000 live birth-- reporting one of India’s highest infant mortality rates in 2015.

The MDG achievements of 2015 set the base for the 2030 sustainable development goals (SDGs). While infant mortality is not a target the SDGs will monitor, it will monitor neonatal mortality--death during the first 28 days of life--a key component of infant mortality.

In 2013, neonatal mortality contributed to 68% of all infant deaths in India, and it will continue to represent an increasing proportion of child deaths. The prime minister’s Maternity Benefit Scheme-- which appears to be a universalisation and expansion of the Indira Gandhi Matritva Sahyog Yojana, the Indira Gandhi Conditional Maternity Benefit--could possibly be a step that will better maternal health and delivery outcomes through conditional cash transfers.

If India is to achieve its SDG targets across gender, wealth and caste, it needs more attention directed towards infant and maternal health policies, or 2030 will--once again--see India falling short of its health targets.

(Colaco is a researcher, focusing on health and nutrition, with the Observer Research Foundation.)