To significantly ramp up testing with limited resources, India may begin pooled testing of up to five COVID-19 samples, as per an April 13 advisory from the Indian Council of Medical Research (ICMR). Increasing testing is critical to prevent the spread of the virus, and eventually, for lifting the lockdown, particularly for people to get back to work and for schools to reopen.

How this works: Say, there are 20 flats in an apartment complex, each with five members in a family. If each of them were to be tested for COVID-19, 100 individual tests would be required. But, if samples from the five members of each family were pooled, only 20 samples would have to be tested initially. If two families’ pooled samples showed the presence of the virus, each member of the family could be tested, making for an additional 10 tests (so 30 in all, as against 100 if no sample pooling were done).

The tests are conducted using the RT-PCR (reverse transcription polymerase chain reaction) technology, in which the RNA in a sample is extracted and converted into DNA, which is then amplified using “primers”--short synthesised fragments of nucleic acid--to detect the presence of the virus. (Read our explainer on RT-PCR tests here.)

A study at King George’s Medical University, Lucknow, has shown that real-time PCR for COVID-19 by pooling five samples of throat and nasal swabs “is feasible when the prevalence rates of infection are low”, ICMR said. Pooling of more than five samples was not recommended as dilution could lead to false negatives (failure to detect the virus).

Pooling of samples is to be considered only for areas with low COVID-19 prevalence (initially, in areas detecting up to 2% positive samples), and is not recommended in areas where positivity rates are more than 5%, ICMR said.

In areas with positivity of 2-5%, pooling of samples must be undertaken “only in community survey or surveillance among asymptomatic individuals”, while “strictly excluding individuals with known contact with confirmed cases, healthcare workers (in direct contact with care of COVID-19 patients)”.

Testing of pooled samples is reported to have helped Stanford researchers to detect early COVID-19 spread in San Francisco, US, as per an April 7 Stanford Medicine news report.

We have also seen a rapid escalation in social distancing measures, such as closing of schools and cancelling of sporting events, but “we have not seen an urgent enough escalation in testing, isolation and contact tracing--which is the backbone of the response”, said Tedros Adhanom Ghebreyesus, director general of the World Health Organization. We need to “test, test, test”.

By 9 p.m. on April 13, India had tested 217,554 samples from 202,551 people. 9,341 individuals have been confirmed positive, noted an April 13 ICMR press release. The US and Italy, countries that have among the highest reported cases, have conducted 13 times and about five times as many tests as India has. 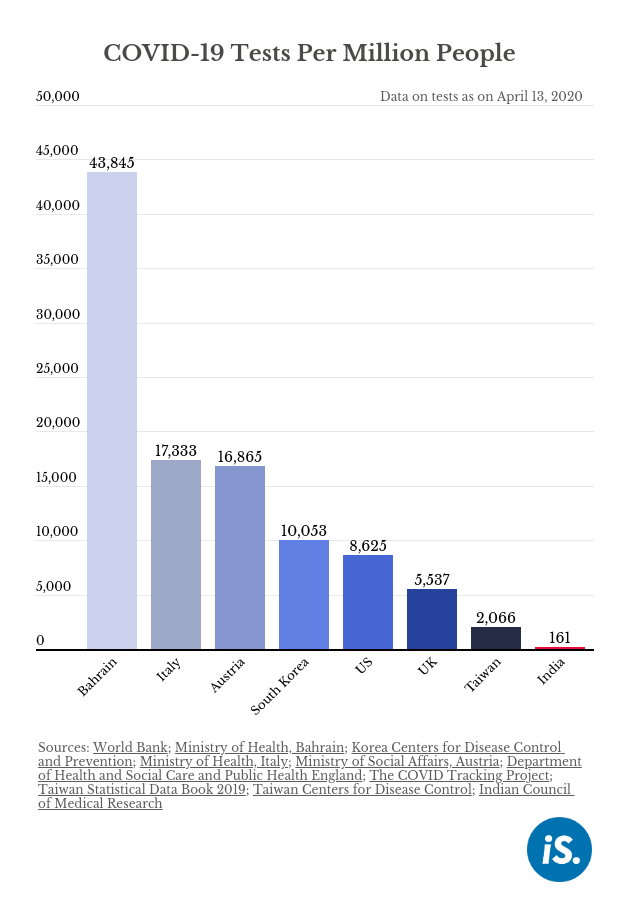 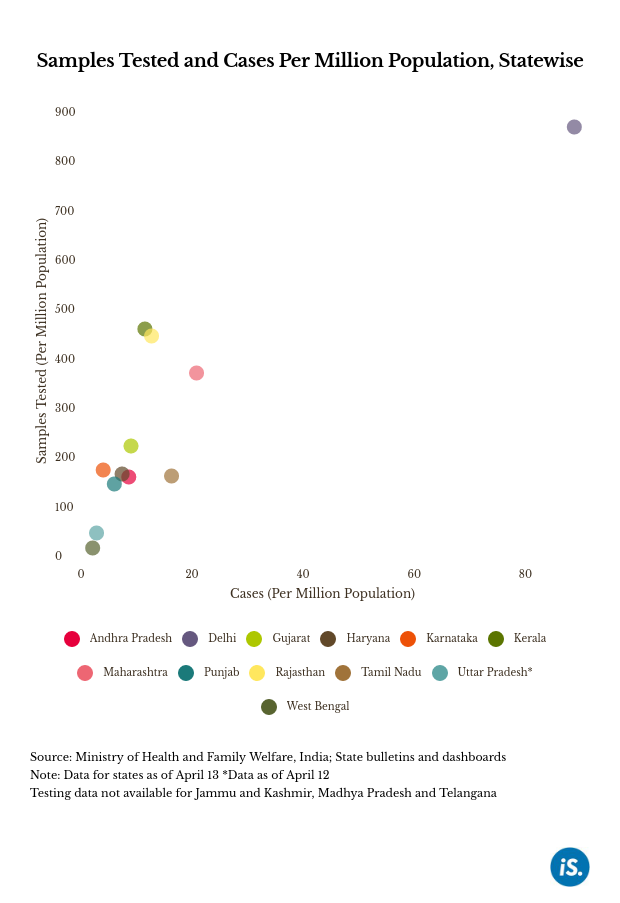