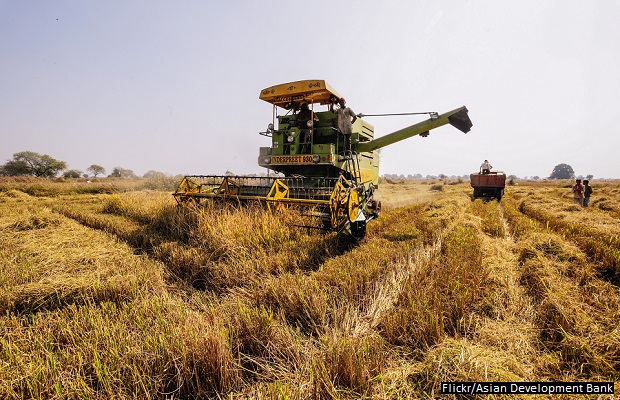 The Ministry of Finance tabled an updated figure of $103 billion (IBRD—$53 billion and IDA—$50 billion) in a reply to the Lok Sabha (Parliament’s lower house) last month.

The World Bank has been lending funds to India for rural and urban development projects related to transport, water and irrigation, health, power and agriculture.

IBRD is the world’s largest development bank and hopes to eliminate poverty by 2030. IDA is the largest multi-lateral source of concessional finance to boost growth and cut poverty.

India received a loan of $3.8 billion in 2015, the largest in the sub-continent, followed by China ($1.8 billion) in East Asia and Pacific, Nigeria ($1.5 billion) in Africa, Ukraine ($1.3 billion) in Europe and Central Asia, Morocco ($1.1 billion) in the Middle East and North Africa and Brazil ($0.6 billion) in Latin America and the Caribbean region.

The undisbursed balance (loan/credit/grant amount still available) from the World Bank for India was $16.6 billion in 2015. Gross disbursements to India in 2015 were $2.7 billion, with India repaying $2.2 billion.

The World Bank and the government of India recently signed a $50-million credit line for Nai Manzil, an educational and skills training programme for minorities, on December 30, 2015. The project size is $100 million (Rs 650crore), of which half will come from the IDA and half from the union budget .