India Is A Nation Of Violent, Stressed Men 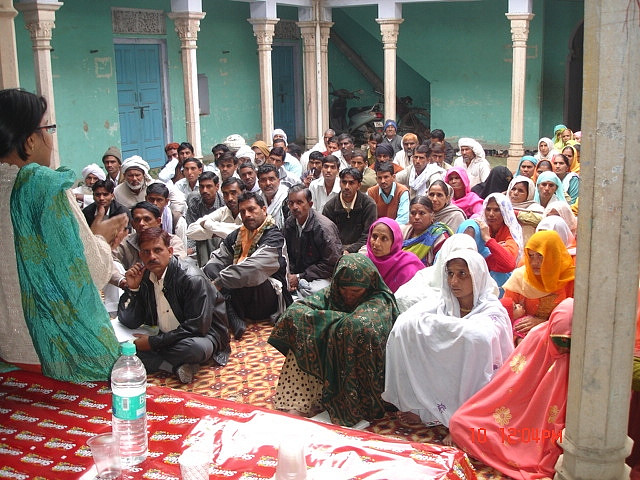 · While more than half of Indian women said they had experienced some form of violence during their lifetime, 60% of men admit to violence against their wife or partner at some point in their lives.

· Higher education drastically increases the chances that men (and women) will be even-handed in their attitude towards women.

· Economic stress threatens more than half of India’s men, makes them more controlling and is the major cause of violence against partners.

· More than 60% of Indian men and women have a moderate to high preference for a son.

· The good news: roughly the same percentage of people believes it is important to have at least one daughter.

These are some of the key findings of a first-of-its-kind study by Washington-based International Center for Research on Women (ICRW) and United Nations Population Fund (UNFPA). The report, Masculinity, Intimate Partner Violence and Son Preference in India: A Study, is a comprehensive survey of gender-related outlook of men and women across various ages and social strata.

Of the men surveyed, 55% reported economic stress. As many as 75% men in Odisha have reported being stressed due to economic factors, according to the survey. Interestingly, Odisha is also the least developed state of India.

On an average, 28% men and 29% women held positive and equitable attitudes towards gender equality. The Relationship Control Index shows the attitude of men and women towards interpersonal relationships, with 37% men displaying high control within a marital set-up and the same percentage of women exhibiting low control.

Educated men and women who were 35 years old or more were less likely to perpetrate or experience violence, highlighting how much economic pressure young Indian men are under to establish themselves financially as the “head of the household”.

The most important finding of the study has been that 60% men and 52% women have reported perpetrating and facing domestic violence.

A higher proportion of women reported experiencing physical violence (38%) followed by emotional violence (35%), compared to other forms like sexual violence (17%) and economic violence (16%). Nearly one in five respondents said their husbands had been sexually violent against them.

The study has comprehensively examined the causes of intimate partner violence in India. Childhood experiences of gender inequality have been central in shaping people’s views and behaviours in their later life according to many studies. So, the researchers also looked at this variable.

Again, 60% women as against 36% men reported to having often faced gender discrimination during childhood. Also, according to the report, men who experienced frequent violence as children were four times more likely to perpetrate violence than men who never experienced childhood discrimination.

The major cause for low sex ratios and female foeticide in India is because of high son preference among people. The report has clearly stated the high preference for sons and discrimination towards daughters.

Yet, families want daughters, not as much as sons but close enough.

Dr Ravi Verma, who heads ICRW’s Asia operations, said: “Empowering attitudes are to be conceptualised and promoted for both men and women and not only towards the 'fair' sex. Men and boys are as much victims of oppressing expectations of patriarchy as girls and women. The most strategic place to inculcate equitable gender norms are schools and family institutions and as early as possible.”

Dr Verma also commented on how economic stress is structural. He said: “Macroeconomic policies, more often than not, push poor people out of their land and possessions and lead to distress migration. Violence, alcoholism, drug abuse, sexual and other material exploitations of both men and women typically characterise poor migrant communities in urban areas.”

He added that it is important is to create 'lived' experience of equality and respect through policy and programme initiatives. “It is important to convey that gender equality is not a zero sum game,” he said. “Both stand to gain, and it is a win-win situation.”