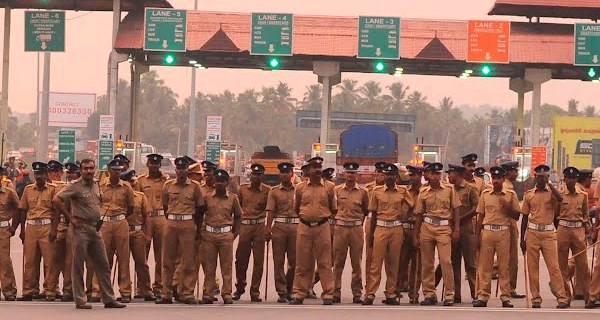 * States spent around Rs 2 lakh crore over the last five years for policing but still has a shortage of 0.5 million policemen

* UP, Maharashtra and Gujarat have the highest difference between sanctioned policemen and actual policemen on duty

It’s a large country and thus must have lots of important people. But 14,842 VIPs might be a surprise, or maybe not. Considering that 47,000 policemen are deployed only to keep these VIPs safe and happy when there are 500,000 policemen short might seem a little stretched.

The shortage of police has often been blamed for rising crime in in India. From insurgency to rising crime against women, the blame is usually placed on a skewed police-people ratio and high vacancies in police forces.

IndiaSpend’s Sourjya Bhowmick attempts to delve deeper into the numbers by looking at the recently released documents of the Bureau of Police Research and Development (BPRD), the New Delhi-based central research department of the police force.

Here are some key findings: India’s states spent around Rs 200,000 crore over the last five years on policing. There is a shortage of 0.5 million policemen. UP, Maharashtra and Gujarat have the highest difference between sanctioned policemen and actual policemen on duty.

India’s police force is divided into two categories: Civil Police and Armed Police. Civil Police is designated for maintaining law and order, prevention and detection of crime and law enforcement. They are the policemen with whom we have day-to-day contact. Armed Police, on the other hand, are seen during natural disasters or riots/civil unrest.

So, let us look at the police budget over the last five years:

Police Expenditure as % of state budgets

While police expenditure has been rising steadily over the years, we see a drop in the year 2011-12 in percentage terms when compared with the previous year. Over the last five years, India has spent Rs 2, 04,648 crore on policing the country.

Let us now look at the total police force in the country since 2009:

The following table gives the idea of the top 5 states with the highest differences as on January 1, 2012:

Bureau of Police Research and Development, as per their latest document, says that there are 568 people for each policeman and the ratio per lakh (100,000) population is 176.

Incidentally, the rate of crime (cognizable crimes as per Indian Penal Code) per lakh population is 192, a bit higher than the number of policeman per lakh population. Surprisingly, Kerala (515), Pondicherry (350) and Chandigarh (336) have much higher crime rates than the all-India average.

So, what could be the reasons for the shortfall?

(*As on January 1, 2012; Source: Bureau of Police Research and Development)

Police recruitment has slowed down considerably in the last one year. Surprisingly, there is a shortage of 1,275 officers in the Indian Police Service.

Another big reason is the protection given to important persons.

Difference Between Police Deployed And Sanctioned

BPRD admits that such huge number of deployment for protection duty has dented the resources, and periodic assessment is required to sort the issue.