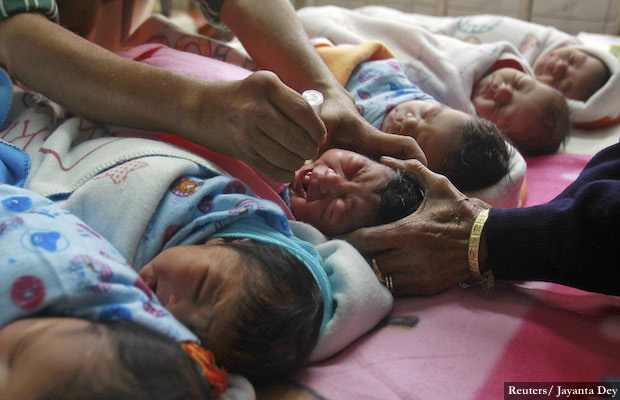 India prevented 1 million deaths among children under five years of age between 2005 and 2015. Three million more deaths could have been prevented had all of India performed as well as some states, a new study published in the international health journal Lancet on September 19 said.

Interventions including timely treatment in the case of diarrhoea, vaccinations for tetanus and measles, and an increase in hospital births have enabled this improvement, one of the study’s authors told IndiaSpend.

These findings are from Million Death Study, a large-scale study of premature deaths in India. More than 900 Census surveyors visited some 1.3 million households across 7,000 randomly selected areas and conducted ‘verbal autopsies’—interviews to find the causes of deaths recorded.

Implemented by the Registrar General and Census Commissioner of India, verbal autopsies are used in low-income countries where deaths are often not documented. Nearly 75% of the estimated 9.5 million deaths each year in India occur at home, half of which do not have a certified cause. 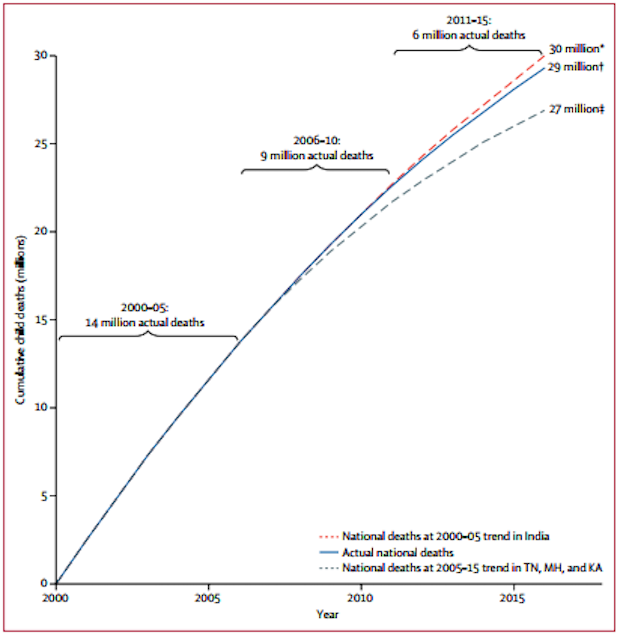 The most significant finding of the study is the faster decline in deaths due to the conditions that got the most attention, such as pneumonia, diarrhoea, measles, tetanus and birth infections. Interventions including timely treatment in the case of diarrhoea, vaccinations for tetanus and measles, and an increase in hospital births have enabled this improvement, Prabhat Jha, senior author of the study and head of the Centre for Global Health Research at St. Michael’s Hospital in Toronto, Canada, told IndiaSpend in an email.

The study recorded mortality rates for neonates, children between 1 to 59 months, and children under five (which adds both) separately. Trends in mortality rates of girls v. boys, urban v. rural areas and richer v. poorer states were also recorded.

The fewer deaths of children under the age of five are mostly thanks to decline in incidence of infectious diseases.

The largest decline was recorded after 2010. 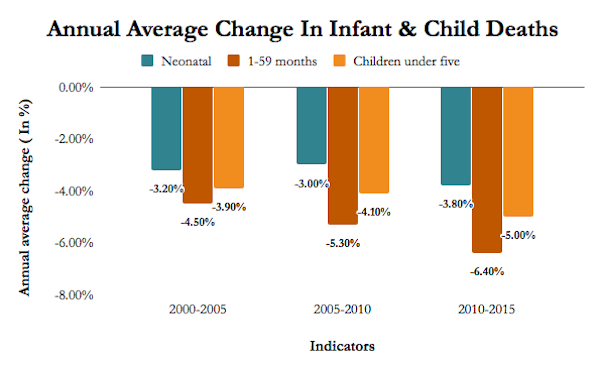 Among children aged 1-59 months, there were fewer deaths due to pneumonia (62%), diarrhoea (65%), other infectious (38%) and nutritional conditions (26%), but there was no significant change in the number of deaths from noncommunicable diseases and injuries.

Even as incidence of neonatal infection reduced by 66% and birth asphyxia and trauma by 75%, 16% more babies were born premature or underweight. Most neonatal deaths--370,000 in 2015--were attributed to this.

These low birth weight babies require additional health check-ups after the 48-hour hospitalization mandated under Janani Suraksha Yojana, a safe motherhood programme that promotes institutional deliveries, Jha said. Since deaths among premature and underweight babies have increased in rural areas and poorer states more than in urban areas or richer states, they are avoidable, he added.

Low birth weight can be avoided by improving antenatal care, parents’ and families’ education and awareness, and mother’s nutrition (particularly to treat anaemia), as well as addressing other factors such as mother’s use of oral tobacco, the study noted.

Most of the deaths due to low birth weight occurred among babies born at full term. The reasons need more study, Jha said, adding that a working group at the Indian Council of Medical Research is studying examining this. 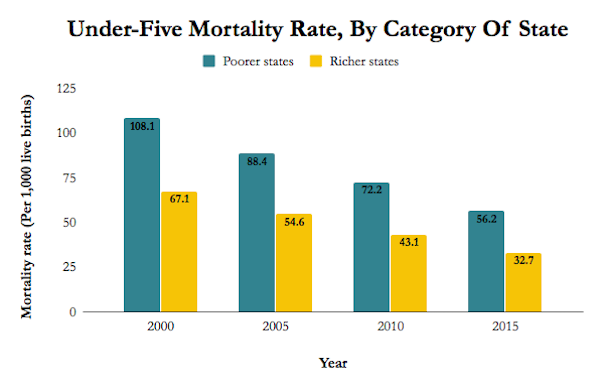 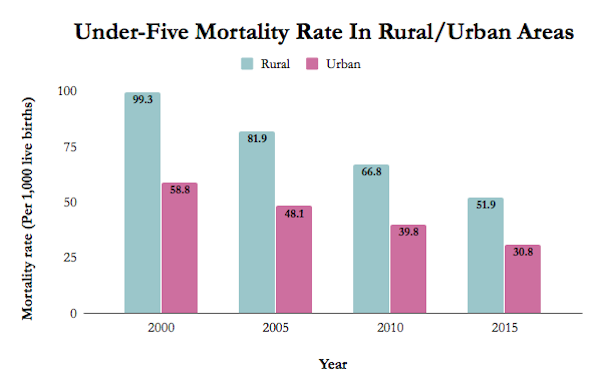 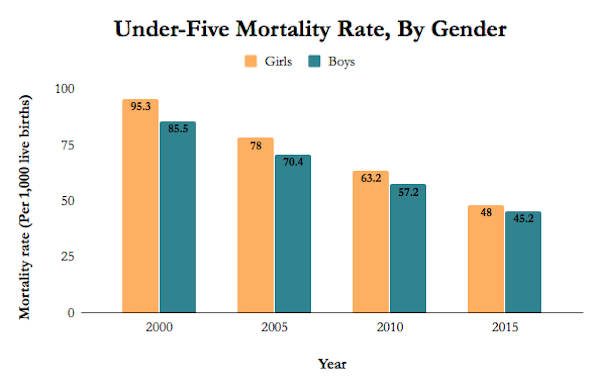 This would require an average annual decline of 4.1% in child mortality and 5.3% in neonatal mortality from 2015 onwards, the study noted.

India could achieve this by improving education, antenatal care and nutrition, and reducing maternal anaemia and tobacco use, as mentioned earlier.

Under its Newborn Action Plan launched in 2014, India must also pay more attention to the neonatal period, by providing early home visits by health professionals, for instance, the study noted. It must also conduct more research on interventions for prematurity and low birthweight to end preventable newborn deaths by 2030.