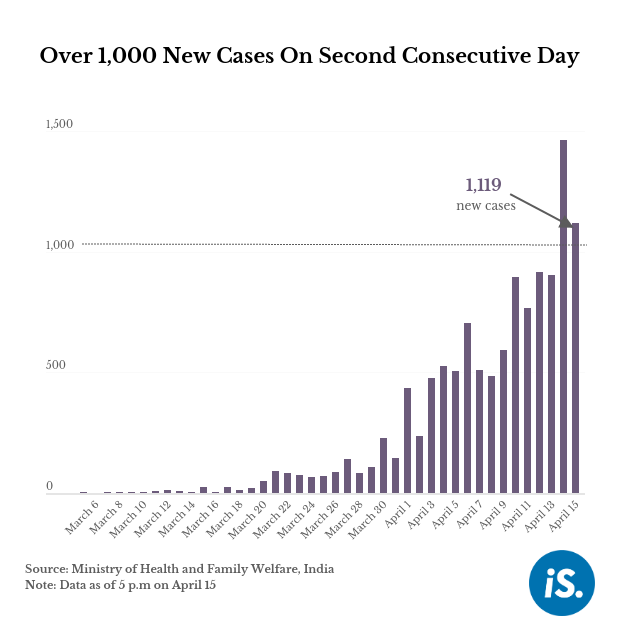 Despite an exponential rise in cases in the country, the government has said that “there is no community transmission in the country so far”. 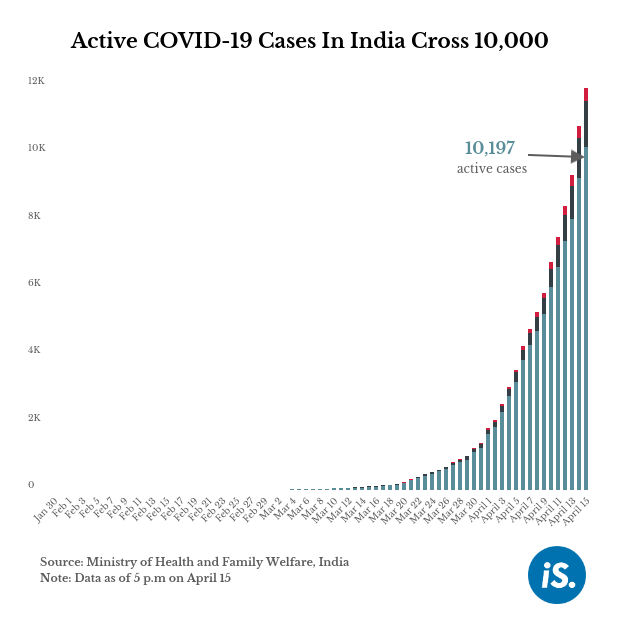 Madhya Pradesh, which has 987 COVID-19 cases, has detected 257 new cases in 24 hours--its highest single-day increase. The state has reported three deaths since 8 a.m. on April 15. 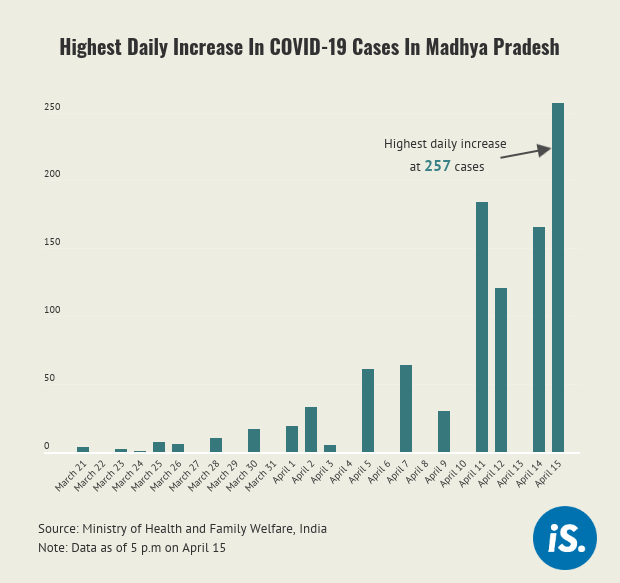 Meghalaya, which reported its first COVID-19 case on April 14, has reported six new cases and one death since this morning. It has the second most cases in the northeast after Assam (33).

In order to contain COVID-19, the health ministry has issued directions to create three categories of districts: hotspot districts, non-hotspot districts but where cases are being reported, and green zone districts. Around 170 districts have been declared as hotspots in India and 207 districts are potential hotspots, said Lav Agarwal, joint secretary at the Union health ministry. Hotspots are decided based on high absolute number of cases, or if there is a doubling rate (high rate of growth).