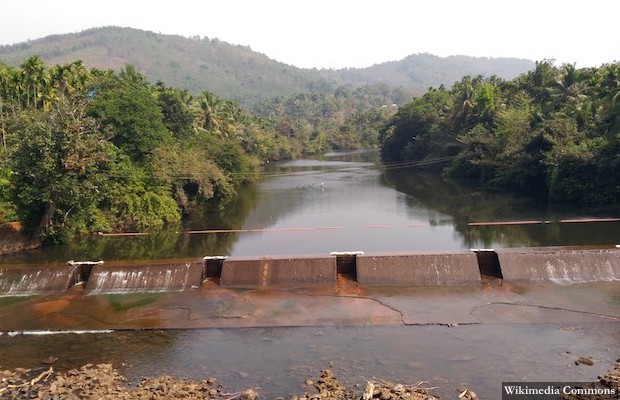 More forest cover can reduce the damage that floods cause in India, a new study by researchers from the Indian Institute of Technology, Kharagpur (IITK) has reported.

The study analysed government data across states for the period 1998-2011 to examine the impact of forest cover on flood-related destruction.

It finds that the states that have recorded the most damage from floods are Gujarat, Uttar Pradesh, West Bengal, Bihar, Chhattisgarh, Uttarakhand and Andhra Pradesh. These states have lesser forest cover compared with states that recorded less damage.

The study’s findings are important as India has been facing worsening episodes of flooding, affecting millions across numerous states.

“Loss of forest cover can make the ecosystem, human habitation and various natural resources more vulnerable to changing climatic conditions in the form of extreme weather events such as floods and other related natural disasters,” the study says.

States Most Affected Due To Floods

The study has also found that greater literacy can reduce flood-related damage as people get more information to prepare better for floods.

Further, the better a state’s economy (as measured in terms of per capita income), the greater its chance to adapt to a flood situation, the study reports.

These findings are consistent with the results of numerous studies globally which have found that deforestation leads to severe flood damage, especially in developing countries. For instance, this 2007 study by researchers from the National University of Singapore and the Charles Darwin University, Australia, who analysed data from 56 countries, found that forests have a positive correlation with flood risk and severity in developing countries.

The study reinforces the importance of forest protection for human welfare, and suggests that reforestation may help reduce the frequency and severity of flood-related catastrophes.

In response to this year’s floods, Prime Minister Narendra Modi announced funds for flood relief in Bihar, Gujarat and the north-eastern states. However, India needs to shift its focus from flood relief to resilience and adaptation, Kasturi Bhattacharjee, lead author of the study and a PhD scholar at IIT Kharagpur, told IndiaSpend.

“[M]ajority of the structural measures have failed in the past. Enhancing flood resilience/adaptive capacity by using non-structural measures such as afforestation drives is a way forward,” she said. “Planting trees will not only prevent flood damages, but in turn will support livelihoods of the people living nearby forest areas.”

The study highlights the importance of forests in the face of increasing frequency of climate extremes. Since forest cover is an important determinant of the extent of flood damage, it is essential that flood mitigation strategies be designed to promote regeneration and protection of forests, especially in flood-prone areas.

The findings have important policy implications for most South Asian countries including Bhutan, Nepal, Pakistan and Bangladesh that have similar agro-climatic, ecological, topographic, socio-economic and demographic characteristics to India.

In July 2016, India enacted the Compensatory Afforestation Fund Act, which plans to spend Rs 41,000 crore ($6.2 billion) to increase India’s forest cover from 21.34% to 33%. The law stipulates that the majority of afforestation activities will be in tribal-dominated and backward areas so as to generate employment. Afforestation will improve availability of timber and other forest products, thus helping improve the overall living standards of forest-dependent communities.

The Ministry of Environment, Forest and Climate Change has asked for time until January 2018 from the Rajya Sabha Committee on Subordinate Legislation to frame rules to implement the Act, Down To Earth magazine reported on September 20, 2017.

“Compensatory afforestation” refers to tree plantation to compensate for cutting down forests for agricultural purposes. Some experts believe it is an unscientific and flawed concept because felling trees also leads to collapse of an ecosystem. Planting trees fails to restore the original complexity of flora and fauna, Samarpita Roy, a PhD scholar in environmental science from Pune University, told IndiaSpend for a report published on June 3, 2016.

Bhattacharjee from IIT Kharagpur agrees: Compensatory afforestation "is necessary but not sufficient to control floods”. Afforestation must be accompanied by ecosystem maintenance, she said, adding that forests help increase water retention capacity of the soil and reduce run-off, thereby playing a crucial role in reducing flood occurrence and resultant damage.

Additionally, planting trees that yield fruit and other produce provides livelihood support. “We need to increase the awareness that forest ecosystems are a lifeline for flood vulnerable households,” Bhattacharjee said.

The debate around planting trees for mitigating environmental damage has gained strength recently ever since spiritual guru Jaggi Vasudev of Isha Foundation launched a ‘Rally for Rivers’. The project calls for creating a 1 km buffer of trees alongside all rivers, which it terms the simplest way to save rivers as trees contribute to more rainfall, stop soil erosion and replenish groundwater which, in turn, feeds rivers.

These benefits may be overstated, argues this September 8, 2017, piece in The Wire, pointing out that the project does not address numerous other causes of river degradation such as back-to-back dams, sand mining, pollution, river interlinking and waterway building plans.

However, the IIT Kharagpur study conclusively proves the flood-mitigation benefit of forests. The good news is that India’s forest cover increased from 20.6% of its geographical area in 2005 to 21.34% in 2015. In the two years to 2015, India’s overall forest cover increased by 3,775 sq km–six times the size of Mumbai–IndiaSpend reported on July 27, 2017.

Correction: An earlier version of this story incorrectly referred to Kasturi Bhattacharjee, PhD scholar at IIT Kharagpur, as Kasturi Banerjee. We regret the error.