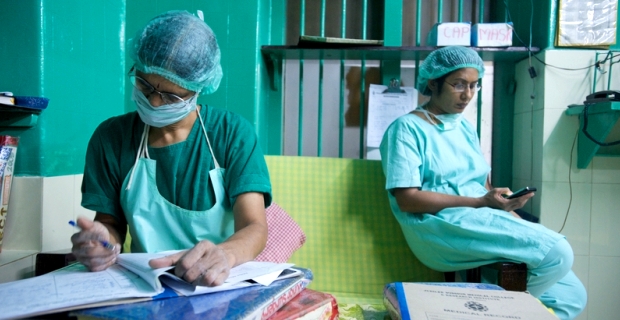 *National Health Mission gets the largest pie; around Rs 38,681 crore every year

The targets for the 12th Five-Year Plan (2012-2017) are almost the same as the MDGs, obviously with two extra years thrown in!

The 12th Plan allocation for the Ministry of Health and Family Welfare (MoHFW) is Rs 300,018 crore or approximately Rs 60,000 crore per year.

Interestingly, the funds will be spent keeping specific targets in mind. But what are the chances that these targets will be achieved? If we were to go by the track record so far, the answer seems mostly no.

The different programmes and departments that will be allocated funds under the 12th Plan are as follows: 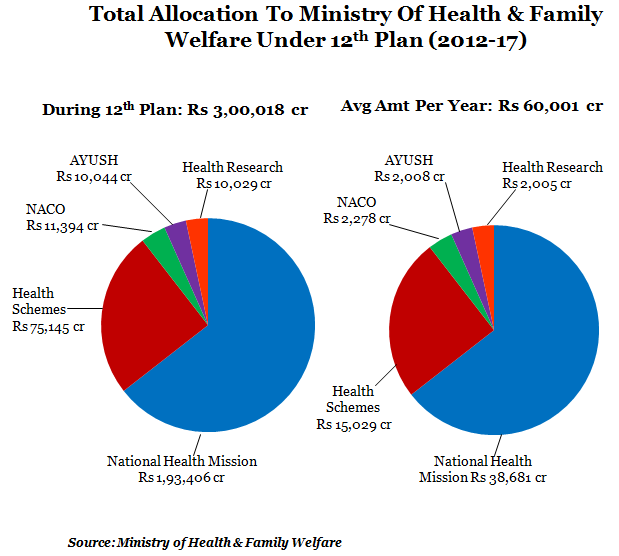 Predictably, the NHM gets the largest slice at around Rs 38,681 crore every year while health research, which supports clinical and bio-medical research and training, gets the least.

So what are the objectives of the 12thPlan? Reduce infant mortality rate (IMR) to 25 per 1,000 live births; reduce maternal mortality rate (MMR) to 100 per one lakh live births, reduce total fertility rate (TFR) to 2.1 and raise sex ratio in the 0-6 year age group to 950 per thousand. The question again - will this be possible by 2017?

The following data points give an idea of the progress on the indicators over the last five years:

The number of girl child per 1,000 boys has gone down to the present level of 914 compared to 927 in 2001. Total fertility rate (TFR), or the average number of children born to a woman in her lifetime, has declined to 2 as compared to 3 five years ago.

The following table shows how difficult it is likely to be to achieve the goals of the 12thPlan:

The current trend in social indicators suggests that meeting the 12th Plan targets will be a herculean task. Or the pace of progress has to be considerable hereon.

If you take a look at the progress to be made, it would appear that only TFR can be achieved by the end of the 12thPlan. Other indicators like IMR, MMR and child sex ratio are likely to be missed again.

The reason - India needs to reduce IMR by 4 per year and MMR by 22 and improve the child sex ratio by 7 every year to reach the desired targets by 2017. TFR, which needs to reduce by 0.06 every year, looks like the only saving grace, like we said.

The past track record reflects the slow performing speed or probably the high, unachievable targets that are set. However, the last five year plan failed in securing important health targets like MDG. Looking at the trend, even pumping more money may not yield desired results.

Data also shows that during the 11th Plan, the release (Rs 93,981 crore) was around 20% lesser than the allocation (Rs 119,364 crore) though the expenditure (Rs 89,576 crore) was 95% of the release. Probably, efficient mechanisms to release funds are a way out, combined with strict implementation and monitoring during the 12thPlan.

The allocation for the 12thPlan has been increased by 335% to Rs 300,018 crore as compared to the expenditure of the 11thPlan. But data also shows that increased health expenditure over the years is not translating into achievements of the targets set by the Planning Commission.

One idea behind the increase in funding is to reduce poor household’s out-of-pocket expenditure but as we earlier wrote, absence of doctors and lack of facilities force people to avoid public healthcare.