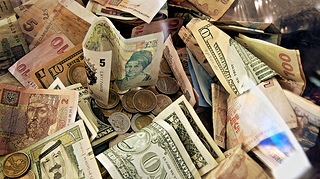 According to a study conducted by Washington-based Global Financial Integrity (GFI), illicit financial outflows from developing economies was at $946.7 billion in 2011, up 13.7% from 2010, and nearly $6 trillion has been stolen between 2002 and 2011.

“As the world economy sputters along in the wake of the global financial crisis, the illicit underworld is thriving—siphoning more and more money from developing countries each year,” said GFI president Raymond Baker.

“Anonymous shell companies, tax haven secrecy, and trade-based money laundering techniques drained nearly a trillion dollars from the world’s poorest in 2011, at a time when rich and poor nations alike are struggling to spur economic growth. While global momentum has been building over the past year to curtail this problem, more must be done. This study should serve as a wake-up call to world leaders: the time to act is now.”