The Worrying Increase In Disparities Within Rural India 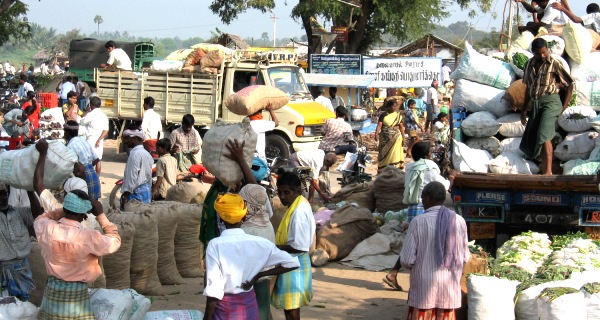 India is clearly divided in two parts: the modern and dynamic urban areas and the more rustic and agriculture-driven rural areas. With rapid economic growth, the disparity between rural ‘Bharat’ and urban ‘India’ seems to be narrowing.

That’s the good news. However, as IndiaSpend’s Prachi Salve finds out, the not-so-good news is that there is a consistent rise in the expenditure gap within rural and urban India. Which means wealth continues to get concentrated, this time in the hands of the rich folk in urban and rural India.

The 68thsurvey (June 2011–July 2012), conducted by the National Sample Survey Office (NSSO) for the Ministry of Statistics and Programme Implementation, shows that the monthly per capita consumer expenditure with uniform reference period (MPCEURP) is estimated to be Rs 1,281 in rural areas while it is estimated to be Rs 2,401 in urban areas. (The uniform reference period was the last 30 daysfor all items of consumer expenditure on which data was collected).

The detailed report on consumption expenditure for the 68th NSSO survey will be available only in January 2013. Meanwhile, as per the latest NSSO survey with detailed break-up,the household expenditure on cable TV increased by 141% in rural areas while it increased only 35% in urban areas.

Source: NSSO report on Consumption for the 66thNSSO round.

Electricity as main source of light

Households having no major assets

Table 3 shows that there has been an overall reduction between the rural –urban divide. The most significant difference is in households with bathing facilities which saw the difference decline from 47.6% to 22% - a change of nearly 26%.

As per Census 2011, possession of a telephone was the highest under the household possession & assets category in rural areas with 54.3% (i.e., nearly 91 million rural households) followed by bicycle (46%) and television (33%).

For urban areas, 82% households reported having a telephone connection followed by television (77%) and bicycle (42%).