In Rural India, The Sportswoman Rises--Slowly 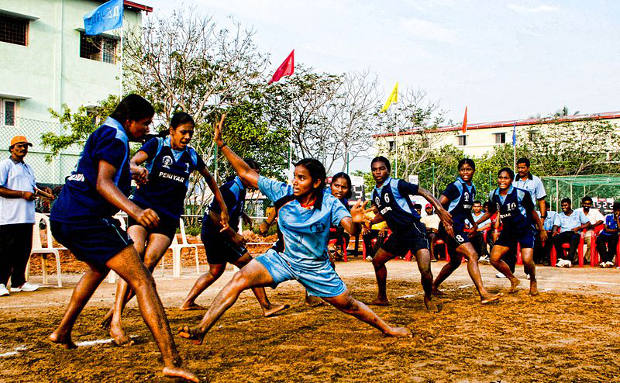 Banda (Uttar Pradesh)/ Mumbai: With her adoring family looking on, Shobha Singh Khangar, 15, surrounded by her trophies, her cropped hair tucked into a white floppy hat, gestured at the narrow lane where they live.

"I started playing cricket at the age of six, in this very lane, with my brothers and sisters," said Khangar, dressed in cricketing whites on a quiet afternoon in Banda town on the conservative, largely poor south-eastern edge of Uttar Pradesh.

After some years, her sisters stopped playing, but Khangar played on, thanks to encouragement at school. It still wasn't easy, and parental permission, especially from her father--a head constable with the Banda railway police--was important.

Free of traditional restraints, the determined teen won district-level competitions in javelin, discus throw and kho-kho, but cricket was her first love.

Today, Khangar is the district's only female professional cricket player and is training to play for UP and hopes to make the Indian under-19 women's cricket team. 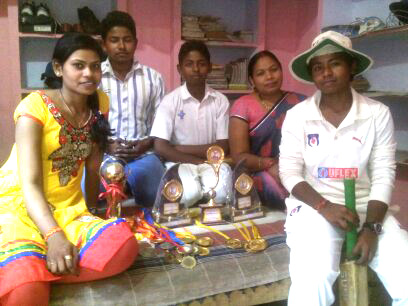 "There are very few women in this field," said Khangar. "Had it not been for support from my parents and encouragement from the school principal and my teacher, I would not have reached this far."

Across India, such support is growing--albeit slowly--and the participation of women in village, district, state and national level sports competitions has grown 328% over the past four years, according to data compiled by IndiaSpend. The rise seems meteoric, but the base is small.

Integrating sports with education is a key reason for increasing participation, as it was for Khangar. The right-to-education act of 2009 requires sporting facilities in every school, and the Central Board of Secondary Education (CBSE), a central government education system, makes sports mandatory.

This ground-up approach is producing a wealth of female sporting enthusiasm.

This groundswell of enthusiasm reaches into mainstream sports, such as cricket.

Jhulan Goswami is regarded by some as the world's fastest female bowler. Mithali Raj, captain of the Indian women's team, is the second-highest scorer in women's test cricket.

A good start but a drop in an IPL-dominated ocean

As Khangar's case indicates, the support of educational institutions and families is critical, but in a conservative nation, government support plays a major role.

There is no separate budget for female sportspersons. However, a minimum expenditure of 30% is allocated to women under neutral programmes by the government.

The National Championship for Women, launched in 1975 to promote sports among women, has now been integrated with RGKA and provides the following assistance:

But government spending can only be a start.

Over the last four years, Rs 148 crore was spent under the PYKKA/RGKA competitions. Of this, 10%, or Rs 14 crore went to sports for women. Only Rs 357 crore was released for rural sports infrastructure.

Here’s the contrast: In 2014, Rs 262 crore was spent during auctions of the Indian Premier League. That's 77% more than all the money spent over four years for sports competitions in rural areas.

The north-eastern states of Arunachal Pradesh, Manipur, Meghalaya, Mizoram, Nagaland, Sikkim and Tripura received only Rs 14.27 crore over the last four years (Assam got no money). These are states that are home to India's global sportswomen including M.C. Mary Kom, 2012 Olympics bronze medallist and a five-time world amateur-boxing champion, boxer L. Sarita Devi, silver medallist at the 2014 Glasgow Commonwealth Games, and weightlifter K. Sanjita Chanu, who won gold at the 2014 Glasgow Commonwealth Games.

Recognising the importance of sports infrastructure in what is now becoming India's sporting crucible, especially for women, the central government set aside Rs 100 crore in the budget of 2014-15 to set up a sports university in Manipur.

(This story has been produced in partnership with Khabar Lahariya, a rural, weekly newspaper run by a collective of female journalists from five districts in Uttar Pradesh and one in Bihar. Chaitanya Mallapur is a policy analyst with IndiaSpend.)