In Last Moments Of Life, Indian Women Less Likely To Get Medical Attention 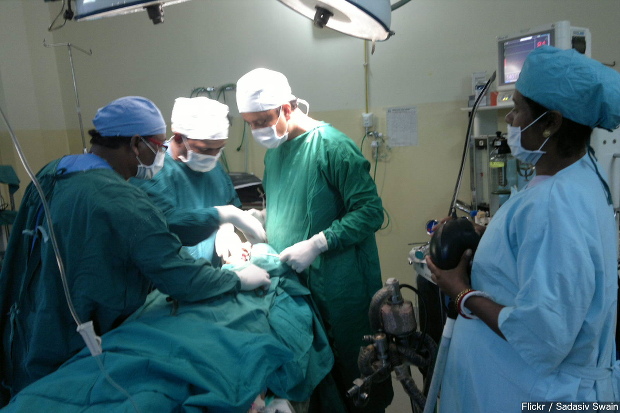 More Indian men are likely to be admitted to hospital during the last moments of life than women--62.5% to 37.5%--a statistic revealed in new government data on deaths certified by a medical professional.

For every 1,000 men whose death is certified by medical professionals, the corresponding figure for women is 600.

Four in five deaths in India were not certified by medical professionals in 2013, IndiaSpend reported in February 2016.

In Jharkhand, 1 in 128 deaths certified, lowest rate in India

One in every 128 deaths in Jharkhand is certified by a medical professional--the worst record of any Indian state and an indication of the absence of healthcare in India’s second-poorest state by per capita income.

Though certified deaths doubled in Jharkhand from 458 in 2013 to 1,028 in 2014, the improvement did not move the state of 33 million from the bottom rung. Up to 37% of Jharkhand’s population lives below the poverty line, according to this June 2014 report of the erstwhile Planning Commission; 50% of Jharkhand’s districts have poverty levels above 40%.

No new hospital was opened since the creation of Jharkhand 16 years ago. The state’s population surged by more than five million between 2001 and 2011, India Live Today reported in September 2016. No new college opened either over the last 15 years, and existing colleges were not expanded.

Diseases of the circulatory system--or heart-related diseases--accounted for more deaths than any other, claiming in equal proportion the lives of men (31%) and women (32%).

Death from circulatory system diseases rose from 24% of deaths in 1999 to 32% in 2014, an increase of eight percentage points.

Deaths due to neoplasm (cancer) increased from 3.6% to 5.4% and deaths due to infectious and parasitic diseases declined from 14.7% to 12%.

Note: Neoplasms mean abnormal tissue growth, of which cancer is the most common.

Uttar Pradesh, India’s most populous state, is estimated to have the largest number of cancer cases in 2014. Maharashtra ranks second, followed by Bihar, West Bengal and Andhra Pradesh, IndiaSpend reported in June 2015.