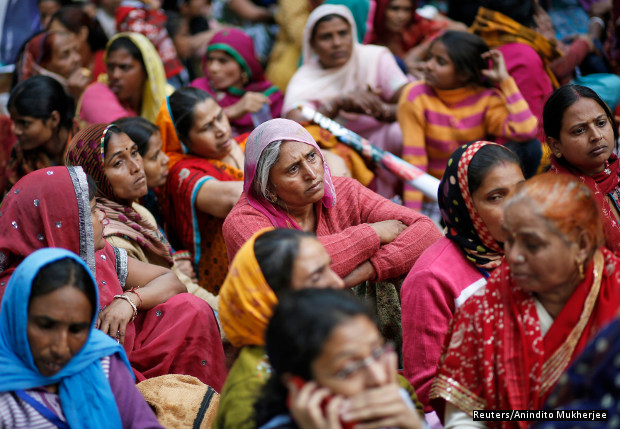 The number of married girls in Haryana—a state with one of India’s worst sex ratios--aged less than 18 years decreased 16 percentage points over 13 years (from 57% to 41%). One reason why this happened is a government scheme, Apni Beti Apni Dhan (Your daughter, your wealth), according to a new study, that allowed families to redeem a Rs 25,000 bond when the girls turned 18.

The bad news is that 53% of families spent the money on the girl’s marriage, with only 23% of families spending it on education, according to the study conducted by the International Center for Research on Women (ICRW).

The Rs 25,000 cash incentive (in addition to which mothers get Rs 500 when girls are born), or conditional cash transfer (CCT), as it is officially called, was supposed to increase the age of marriage in Haryana and the welfare of girls by ensuring further education and changing family attitudes—a scheme that was largely a failure.

“Ultimately, a girl’s marriage is given the utmost importance over and above other considerations, including her aspirations for higher education. We find that the CCT as designed was insufficient to change these prevailing gender roles and expectations; in fact, the programme may even have reinforced notions that girls are a burden, as the money was often seen as [a way] to offset the costs of getting them married.” the report concluded.

IndiaSpend has previously analysed the effect of early marriage on maternal and infant health in India, which at 240 million has a third of the world’s child brides. Female well-being and declining workforce participation—India has among the world’s worst rates, lower even than Somalia—appears to be related to traditional attitudes towards women.

The study comes at a time when more girls are enrolled in Indian schools than boys for the first time in the country’s history, and role models are aplenty as more women break glass ceilings—they can now be hired as fighter pilots after a recent decision—but half as many women work as men, indicating they are forced into traditional gender roles.

As in Haryana, government initiatives, such as the Beti Bachao, Beti Padhao (save daughters, educate daughters) and Swachh Vidhyalaya (clean school) programmes, have pushed up enrolment rates in schools among girls. Is that enough?

Recent reports have highlighted the decreasing gender gap among boys and girls in higher education. Young men and women in the age group of 15-19 years are going to college at almost the same rate. There is a gap of 2.3 percentage points between young men and women (ages 18-23) enrolled in higher-education courses, according to recent data from the All India Survey on Higher Education.

But the gap between male and female in the national workforce is 27.8 percentage points, indicating that women drop out in large numbers.

More girls in school than ever, but eight of 10 in jobs are poorest women

We observed in an earlier report how women from the poorest households—forced to work, mainly because they must—dominate the female workforce in India, accounting for eight of 10 employed women. Among educated women, unemployment rates are much lower—for instance, as low as 13.9% among post-graduates.

This mismatch shows itself in the data: There are more girls than boys now enrolled in schools, but the female workforce participation rate in half than of men.

Note: Gross Enrolment Ratio determines the number of students enrolled in school or colleges at several different grade levels. The data is defined as the percentage of student enrolment in primary and secondary school on gender basis.

Women tend to drop out as income and education rises. A wage gap between men and women—almost double for “barely literate” men over women, falling but evident even at higher levels of education—explains why fewer women work, according to this 2015 paper by Piritta Sorsa of the Organisation for Economic Cooperation and Development.

“Due to the gender-wage gap, it can make more sense for the men in the household to take up paid employment outside, leaving the woman to stay at home to do household work,” wrote Sorsa.

How women drop out of the workforce as income-levels rise is made evident by studies on the IT sector. More than a third of employees at the entry level are women, but marriage and motherhood make them take a back seat, and at senior levels, about 5% of employees are women, according to this study. As many as 48% of women in the IT sector drop out by the age of 30, said this 2013 paper in the International Journal of Social Science and Interdisciplinary Research.

These national data provide the context for what is happening in Haryana.

Much has improved, but girls are still a burden

Haryana is known for its low sex ratio, the 3rd-worst in India and worse than poorer countries such as Malawi and Somalia at 970. Yet, education among women has risen 20 percentage points over 20 years, and 75% women are now literate.

Here are some statistics on how girls and women are doing in Haryana:

Haryana’s sex ratio fell and then rose, but the child sex-ratio (of children below six) is the lowest among states in the country according to 2011 census statistics, indicating that growing literacy was not significantly changing the state’s attitude to women.

Note: Maternal mortality ratio is the number of women who die from pregnancy-related causes while pregnant or within 42 days of pregnancy termination, per 100,000 live births.

The overall health indicators for women in Haryana are not worse than the national average, the data show. But the state’s society remains notorious for female foeticide, indicating that women are still regarded as economic liabilities and a social burden.

The dropout rates of girls in Haryana at the highest levels of education are 1.6 percentage points higher than the all-India average, indicating that many marry early, exactly the kind of result the Apni Beti, Apni Dhan programme hoped to avoid. Haryana had 226,892 child brides in 2011, according to census data.

The programme was a pioneering conditional cash transfer meant to work within Haryana’s notion of “honour”, seeking to enhance the “value” of girls. Implemented between 1994 to 1998, the programme’s first cohort of girls turned 18 in 2012-13, allowing ICRW researchers an opportunity at evaluation.

Change, as the researchers and government have found, has been slower than they thought it might be.