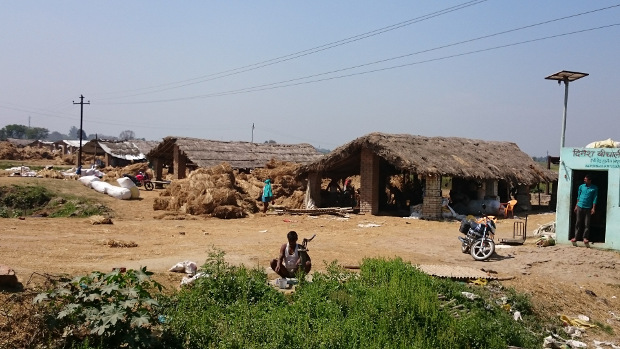 Bihar, India's third-most-populous state and one of its poorest, faces financial shock in an election year--with a 42% decline in aid from Delhi and a doubling of debt.

That has not stopped Bihar - a state of 104 million people and an average annual per capita (current) income of Rs 33,954 ($565), a little higher than that of Central African Republic ($547), from presenting a populist budget with no new or increased taxes, ahead of assembly elections scheduled for the end of 2015.

With more than half of its revenues coming from Delhi, it follows that Bihar will borrow more money to make up its deficits: Public debt is expected to nearly double to Rs 17,708 crore, from Rs 9,046 crore in 2012-13.

Here's how Bihar will lose money that it once got from the Centre.

After the recommendations of the 14th Finance Commission, Bihar's share is still the second-highest, but the share is down to 9.7% because of a change in how the money is distributed.

The scrapping of a central programme, the Backward Regions Grant Fund (BRGF), to help backward areas, and other grants, is expected to see money from Delhi decline by 42% to Rs 18,170 crore in 2015-16.

The centre cut direct funding to states but increased their share of federal taxes from 32% to 42%, as we previously reported.

When you're poor, aid from Delhi matters

Bihar's top three sources of revenue indicate its dependence on Delhi. 56% of the state's revenue comes from Delhi--its share of central taxes (41%) and central grants (15%). Only 25% comes from its own taxes.

In contrast, 48% of Odisha's revenues come from Delhi, 43% for Rajasthan and 46% for Madhya Pradesh--all poor states.

(b) State’s Own Taxes

Loans and Advances from GOI

Why the backward regions grant was important

Through the BRGF, Delhi paid many bills in 36 of 38 Bihar districts. This is money that Patna will now have to replace.

Although Bihar presented a revenue surplus budget for 2015-16, the state reduced the money it spent on running itself.

Slashing funding where it's needed most

Bihar also has poor health indicators. The infant mortality rate, an estimate of infant deaths for every 1,000 live births, is 42 against the national average of 40.

Here's how Bihar will spend its money:

A quick glance at some spending that Bihar plans:

* Rs 368 crore to fund the Chief Minister's student's cycle scheme. Each student will get Rs 2,500 to purchase a cycle.

* Rs 171 crore for a nutrition programme for school girls.

* Rs 220 crore for a scholarship scheme for students from class 1 to class 10.

With the central government now proposing to fund only capital expenditure, for programmes such as the Sarva Shiksha Abhiyan, or scheme for universal education, Bihar will have to find money to run these programmes.