In Bringing Back 66A, Warnings From Turkey, Russia 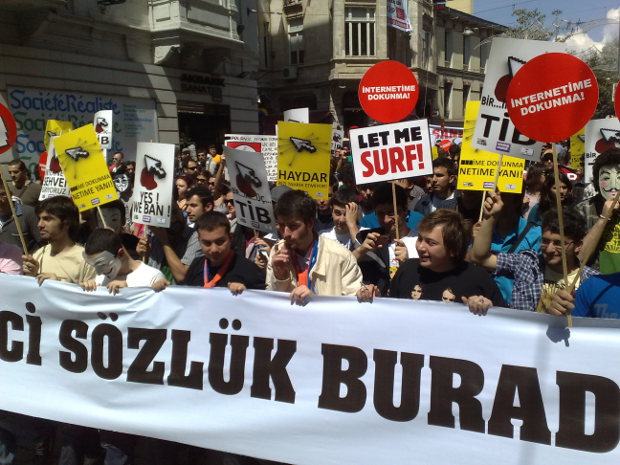 Protests in Istanbul, Turkey against government censorship of the internet in 2011

NEW DELHI: Jadavpur University professor Ambikesh Mahapatra is still anxious a month after the Supreme Court struck down as unconstitutional a controversial law that led to his arrest for emailing a cartoon mocking West Bengal Chief Minister Mamata Banerjee.

On April 27, 2014, his lawyer will rise in Alipore court, Kolkata, and ask that a chargesheet filed on the basis of section 66—which dealt with “computer-related offences” that were ‘grossly offensive or menacing’, or caused annoyance or inconvenience — of the Information Technology (IT) Act, against the professor be withdrawn.

Across the peninsula, in Goa, counsel for shipping professional Devu Chodankar expects no further police action against his client, who was arrested in June 2014, for posts against the Prime Minister on his Facebook page. “If Modi is elected as PM this election, Christians will lost their identity in South Goa,” read his posts.

The police have not yet filed a chargesheet against the Goan, although they booked him under 66A and a clutch of other sections of the Indian Penal Code.

The Supreme Court’s removal of section 66A, which sought jail terms of up to three years for posts or messages that were “grossly offensive or menacing” or “causing annoyance or inconvenience” was welcomed by free-speech advocates. They said the law was open to wide interpretation and was used to intimidate people who posted anything negative online— for instance, against a company’s service or often against political leaders.

Now, there are indications the government may not let the law fade away.

The government is mulling 66A in clearer and better form to deal with posts that are a threat to “national security” or to “incite people", reported The Economic Times.

When does dissent threaten national security?

Many governments arm themselves with laws that do not draw a line between dissent and terrorism. The power of social media in organising uprisings or protest marches was seen in the Arab Spring or even the Anna Hazare sit-ins, and, therefore, online dissent is particularly frowned on.

An indication of the sweeping powers available to governments that crack down on online dissent is available from Turkey and Russia, both democratic countries by constitution. Russia has, among other crackdowns, prosecuted a blogger questioning corruption and put dissident rock band Pussy Riot in jail for their online protest videos. It also has strict laws on registering blogs and has blocked opposition websites.

When protesters gathered in Istanbul in 2013, Turkey’s prime minister burst out against Twitter.” To me, social media is the worst menace to society,” said Recep Tayyip Erdogan, then Prime Minister, and now President of Turkey.

Paris-based non-profit Reporters Without Borders has not placed India too high above Russia and Turkey in its 2015 Press Freedom Index; India is ranked 136th, Turkey 149th and Russia 152nd.

“Democracies often take liberties with their values in the name of national security,” said the report. “Faced with real or spurious threats, governments arm themselves routinely with an entire arsenal of laws aimed at muzzling independent voices. This phenomenon is common to both authoritarian governments and democracies.”

While the government mulls a new 66A, two things have been forgotten: that there is no clear evidence or data that the section was ever used against terrorism; and that the original remit of the law’s most dangerous section (Part c of 66A) was to stop spam, according to a paper written by Pranesh Prakash, Policy Director at the Centre for Internet and Society, a Bangalore-based advocacy.

IndiaSpend identified about 20 high-profile cases where the law was used, among them Mahapatra, Chodankar and two teenagers in Maharashtra arrested for their Facebook actions—one had merely “liked” a post—criticising a shutdown in Mumbai after the death of Shiv Sena founder Bal Thackeray.

None of them involved terrorism. There were more unpublicised cases, with The Hindu reporting that 500 cases would now be closed in Kerala alone.

A cross-section of lawyers and activists who fought 66A said it was almost always used against common people.

Another portion of the IT Act, section 66F, is well-equipped to deal with cyber terrorism, while the 155-year-old Indian Penal Code (IPC) has provisions to deal with religious incitement and the spread of messages that could incite riots, such as naked or morphed pictures of gods.

So strict is 295A of the IPC, the provision that guards religious feelings with jail terms, that just the threat of it has been used to ban books, most famously to get book publisher Penguin India to pulp ‘The Hindus’, a book by US Indologist Wendy Doniger.

“..the Indian Penal Code, and in particular section 295A of that code, will make it increasingly difficult for any Indian publisher to uphold international standards of free expression without deliberately placing itself outside the law,” Penguin said last year in its defence, after an outcry on its decision to withdraw the Doniger volume.

The danger of 66A was not just the law itself but also that it was used to invoke colonial-era sections of the IPC, such as those that covered charges of sedition.

Lawyer N.S. Nappinai said the absence of 66A law is not a loss to policing of the cyber world.

“If they bring 66A in a different avatar, they have to be specific, what are they trying to do?” said Nappinai, who explained that only cyber-bullying and hoax calls seem to be out of the purview of existing laws.

Cyber crime and cyber security are complex animals, ranging from threatening e-mails, such as this one sent to RBI Governor Raghuram Rajan, to hacked government sites or even an attack on a private company website, such as Sony, in the U.S. from outside the country’s borders.

The US government position is that such hacking highlights the need for better cyber security laws, although critics wrote that the hacking had more to do with lax company operations. 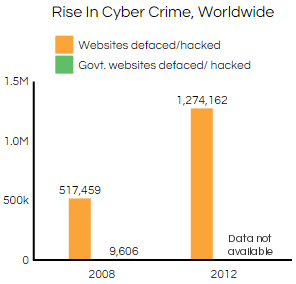 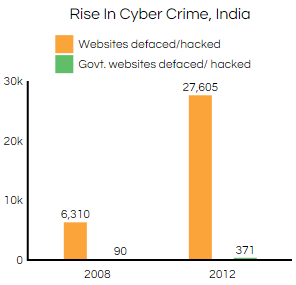 As many as 4,356 cases of cyber crime were registered under the IT Act; another 1,337 under the Indian Penal Code, said a 2013 report by the National Crime Records Bureau. A Bureau official, requesting anonymity since he is not authorised to talk to the media, said new data would show cyber crime by the laws used. Such data should help the government decide if it needs a new law.

In many cases, as we mentioned, existing laws are enough. For instance, cyber-stalking, not covered when 66A came into being, is now provided for by the stricter anti-rape law of the Criminal Amendment Act 2013.

In most countries, cyber security laws are still works-in-progress; they often involve surveillance of the general population and run counter to privacy safeguards. In the US, rights advocates have struggled with the over-reach of a cyber crime law which led to the suicide of a computer hacker and activist arrested after he wrongly accessed free online documents.

(Kalra is a Delhi School of Economics alumnus who has reported for Reuters, Mint and Business Standard)