In A Year, Bank Fraud Doubles 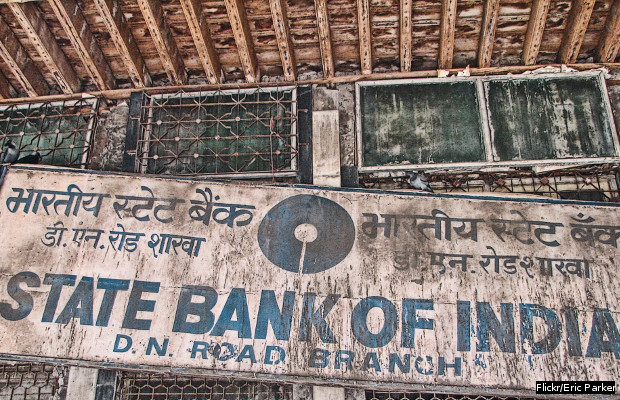 Bangalore: In May 2015, the Reserve Bank of India (RBI) set up a Central Fraud Registry to check growing bank fraud. After this, the Prime Minister’s Office called a meeting to review the fraud-detection system, a clear indication that the government was worried.

It was more than just a bunch of bounced cheques.

The media reported the move, but largely laid the blame on the rise in bank non-performing assets (NPA), loans in danger of default.

Now, data obtained by OnlineRTI.com, a Bangalore-based startup helping citizens file queries under the Right-to-Information (RTI) Act, via the RTI reveals that NPAs are not entirely to blame.

NPAs did rise 23% between 2013-14 and 2014-15, threatening India’s banking system, but it is also true that in the year since Narendra Modi’s government took charge, there has been a 100% increase in bank fraud (as per RBI data). Indeed, this is why the RBI set up the fraud registry and why the PMO reviewed the fraud-detection system.

Maharashtra and West Bengal lead the way in bank fraud

The spike is mainly because of a multi-fold increase in cases of fraud recorded by banks in Maharashtra and West Bengal, both states accounting for more than 50% of the total loss through fraud.

The RBI has been able to close only 30% of these cases every year.

Experts are confounded why bank fraud has risen in West Bengal. While some believe more cases of fraud were reported, others said the increase in banking transactions could be responsible.

A“thorough probe” is needed to to explain the sudden rise in banking fraud in West Bengal, said Rajesh Goyal, a former banker and founder of allbankingsolution.com, a banking watchdog portal.

“The increase in fraud in the case of PNB is phenomenal and could be either because the figures are wrong or these were cases suppressed in earlier years but reported only now,” said Goyal. “Public-sector banks have never shown urgency to unravel the root causes of these [cases of fraud] or to find the modus operandi of the fraudsters. Soon after a probe is initiated, banks stop investigation with the plea that no further leads are available.”

The government should fast track such cases because they involve direct cheating or siphoning of the public money, said the All India Bank Employees Association’s general secretary Viswas Utagi.

Despite a market share of 30%, private banks collectively account for around 40% of losses from bank fraud. India has 20 private banks, 26 public-sector banks and 30 foreign banks.

A RBI circular issued in July said that when banks discovered fraud, they were to report cases to the Central Bureau of Investigation, the police or to the Serious Fraud Investigation Office.

In some cases, bank staff were involved: 47 such cases of fraud, valued at Rs 177 crore, were detected during 2014-15, according to data submitted to Parliament.

When staff are involved, bank have always tried to suppress fraud and categorise them as NPAs (to show they were business loses), alleged Utagi.

(Gangadhar S Patil is the founder of www.101reporters.com, a pan-India network of grassroot journalists. He has worked with The Economic Times, DNA and The New Indian Express.)