In a UP village, Muslims find no work 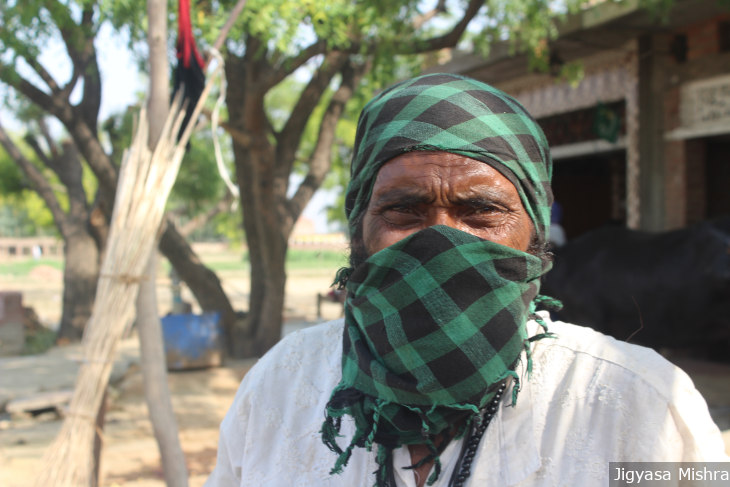 Ibrahim Baba, a 50-year-old Muslim man in Kanpur’s Shiv Ganj village, says he is unable to get work because a majority in his village feel all Muslims are carrying COVID-19.

Independent journalist Jigyasa Mishra, who has traversed seven districts in Uttar Pradesh since May 12, stopped at Shiv Ganj village in Kanpur to speak to locals on May 14. A majority of those she spoke to said all Muslims in the village were carrying the novel coronavirus. The Muslim migrants who have returned said they were being discriminated against, even after having spent time in quarantine and testing negative for COVID-19, and not being given any work.

There were no signs of social distancing in the village.

“I saw him [the village barber] cutting other people’s hair, but when I went [to get a haircut], he yelled at me saying that I have the virus and should go away. He even asked me to tell people of my community to not visit him,” Mohammad Iqbal, 21, said.

While Hindu labourers from the same village were able to get work in agricultural fields, Muslims labourers were not.

A 50-year-old Muslim man who returned to his village from Noida--where he worked in a copper-wire factory--on March 24, 2020, was asked to quarantine in the local school premises with his wife, where they were given two meals a day but had to go out to defecate in the open.

“There was one toilet. We were eight people. All Muslims. But the toilet gate was locked,” said Ibrahim Baba, “even the ladies had to go to the nearby jungle for that purpose.”

Many from Ibrahim’s community wish to work as agricultural or daily-wage labourers in the village to earn their livelihood, but are not able to, “I want to feed my family well but nobody is giving us work. They say all Muslims have Corona so we can’t be employed,” said Ibrahim. 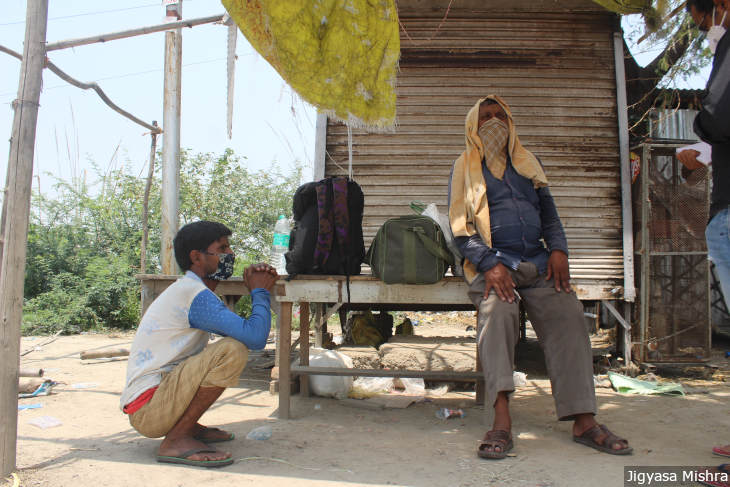 Sumant Yadav, 48, and his 21-year-old son, Ankit Yadav, have been walking for three days from Jaipur to their village in Unnao district, Uttar Pradesh, after running out of ration and money. They say they will never return to Jaipur.

On the highway from Lucknow to Kanpur, Mishra passed hundreds of trucks carrying hundreds of migrants each, mostly from Maharashtra, Gujarat and Madhya Pradesh--as the number plates indicated--back to their villages.

Stopping to speak to 48-year-old Sumant Yadav, she found the latter had been walking for three days from Jaipur--where he worked in an ice-cream factory--with his 21-year-old son, Ankit Yadav. They were heading to their village in Unnao district because they had run out of ration and money, they said. “Sumant said there's no way they were going to go back to Jaipur ever, even after the situation gets better,” she told IndiaSpend, “He would farm or even work as an agricultural labourer, but only in his own village.”