In 9 Months To Dec 2015, More Than Half Unemployed Couldn’t Find Jobs Fit For Their Skills

In April-December 2015, 58.3% unemployed graduates and 62.4% unemployed post-graduates said they couldn’t find a job because the offers they got didn’t match with their education/skill and experience, according to the labour and employment ministry’s Report on Fifth Annual Employment-Unemployment Survey (2015-16).

Inadequate pay was cited by 22.8% of graduates and 21.5% of post-graduates as the main reason for being out of job, the survey said.

The remaining 5.1% of households did not have even a one employed person/earner, the survey revealed. A mean Indian household has about five persons, according to Census 2011. 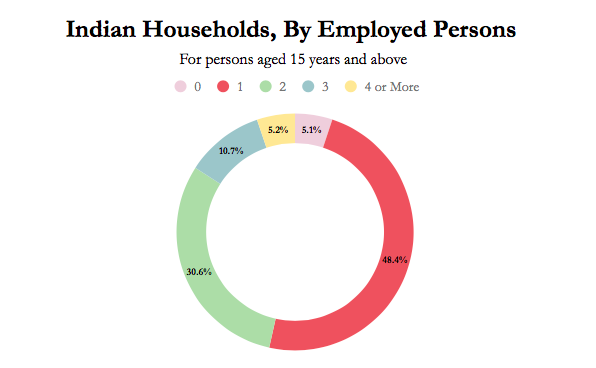 In the year to April 2015, 5% of those aged 15 and above available for work could not get work. While 4% men were not able to find work, 8.7% women and 4.3% transgenders remained unemployed, according to the survey. 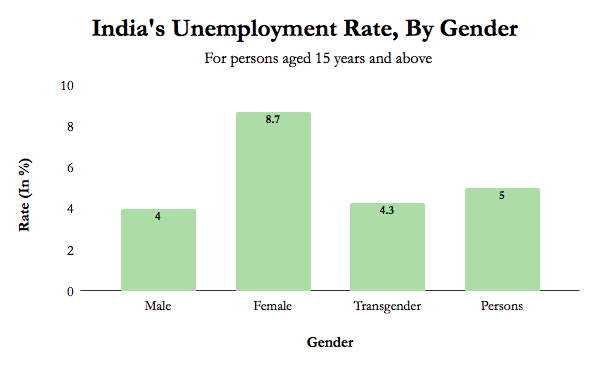 As many as 46.5% people employed were self-employed for 183 days or more, 32.8% were employed as casual labour, 17% were wage/salary earners and 3.7% were contract workers, according to the report. 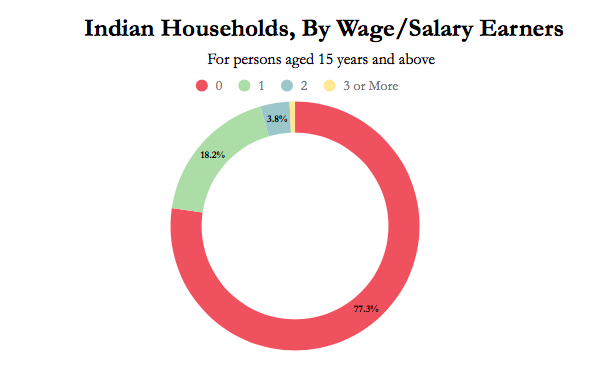 Only about 61% persons aged 15 and above available for work for all the 12 months in the year up to April 2015 were able to get work throughout the year.