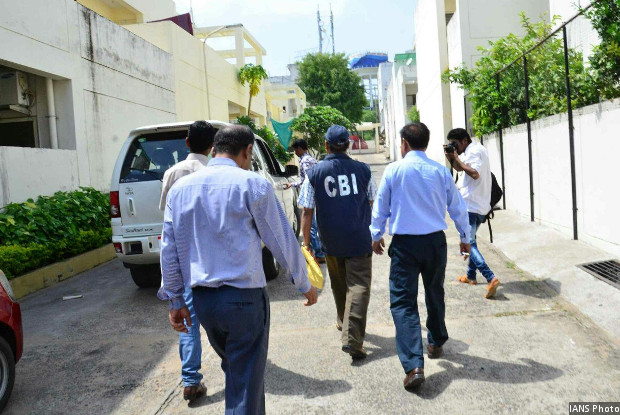 As many as 2,303 people--almost three every day--were convicted for corruption under the Prevention of Corruption Act, 1988, over two-and-half years ending June 30, 2017. Of the persons convicted, 59% or 1,356 were public servants, 41% or 943 were private citizens and four politicians.

As many as 850 corruption cases are under investigation by the Central Bureau of Investigation, of which 14 are “gathering dust for over five years”, the Central Vigilance Commission said, India Today reported on October 26, 2017.

India was ranked 79 of 176 countries, scoring 40 on the “Corruption Perception Index 2016” released in January 2017, by Transparency International, a global advocacy on corruption.

Denmark and New Zealand topped the list scoring 90 each, followed by Finland. The global average score was 43.

Among BRICS countries, South Africa performed better and was ranked 64 in 2016; India, China and Brazil were ranked 79, followed by Russia ranking the lowest (131). 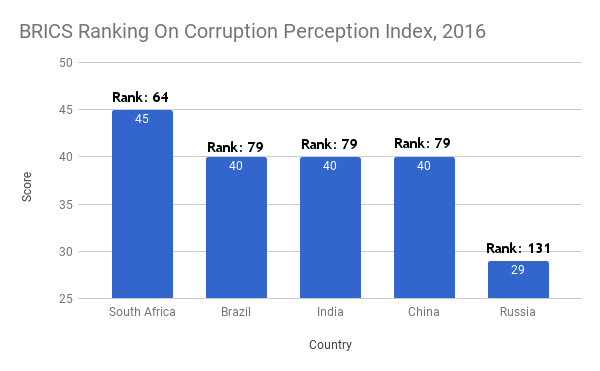 India’s poor performance is attributed to the inability to tackle small corruption cases as well as large scandals, the Transparency International report said. “The impact of corruption on poverty, illiteracy and police brutality shows that not only the economy is growing – but also inequality.”