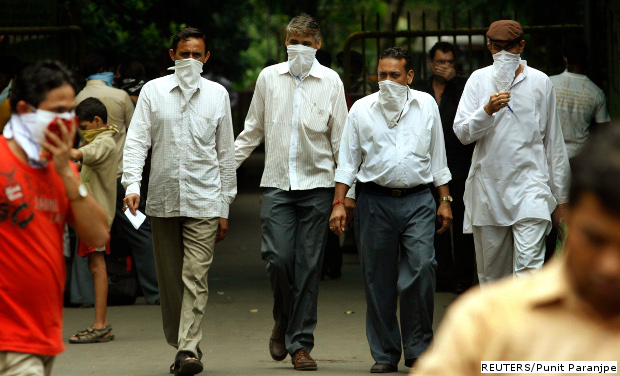 H1N1—a virus with a mix of swine, bird and human genes—is a seasonal influenza that that is threatening to become pandemic in India. Medical professionals predicted it would die down with the start of warm weather; instead the toll has spiralled.

Varieties of influenza cause between 250,000 and 500,000 deaths every year and an annual global attack rate of 5-10% in adults and 20-30% in children, according to the World Health Organisation (WHO). The toll skyrockets in pandemic years.

H1N1 is a respiratory infection that spreads through coughs, sneezes and touch. Short-distance airborne transmission of the influenza virus may occur, particularly in crowded enclosed spaces.

The western state of Gujarat is the worst-affected, reporting 415 deaths and 6,417 cases of swine flu this year. H1N1 fears have now put public events on hold in Gujarat. This report says the toll could even be higher than officially reported.

Rajasthan is second after Gujarat with 403 deaths, followed by Maharashtra (360) and Madhya Pradesh (286).

IndiaSpend recently reported a mutation in the H1N1 virus, which could be one explanation for its growing virulence.

The genetic sequences—or alphabet chains—of the Indian H1N1 strain revealed important changes linked to greater virulence, according to an MIT paper released in the international journal Cell Host and Microbe.

The Indian government rejected that study, questioning the authenticity of the sample—supplied by an Indian government laboratory—and called it an “incorrect conclusion”, but did not answer many questions and held back genetic data.