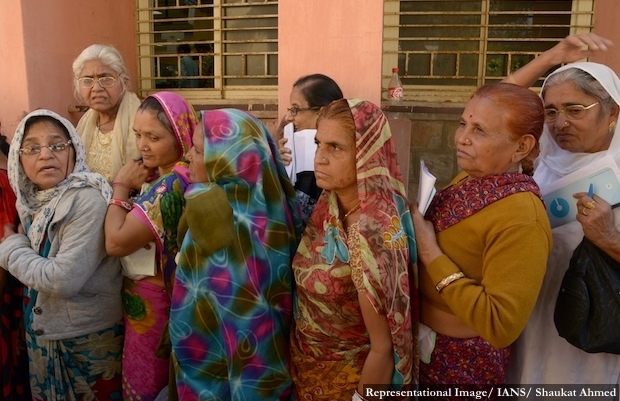 By 2031, the population of people more than 65 years old is expected to grow the fastest (75%) among all age groups, yet only 23% were saving or planning to save for retirement in 2016, according to an August 2017 report of a committee on household finance set up by the Reserve Bank of India (RBI), India’s central bank.

The committee was set up by RBI in April 2016 under the chairmanship of Tarun Ramadorai, professor of financial economics at London’s Imperial College, and had representation from all financial sector regulators.

As they grow old, Indians are not insuring themselves against rising health expenditures. The monthly per capita health spending of elderly households (with all members at least 60 years old) in India is 3.8 times higher than that of non-elderly households (no member above 60 years), according to this 2013 report research by Sanjay K. Mohanty (International Institute for Population Sciences, Mumbai), Rajesh K. Chauhan (University of Lucknow), Sumit Mazumdar (Institute for Human Development, New Delhi) and Akanksha Srivastava (International Institute for Population Sciences, Mumbai).

India had 77 people over age 60 per 1,000 population in rural areas and 81 in urban areas, according to the 71st round of the National Sample Survey (NSSO), India’s official socio-economic survey, between January and June 2014.

In rural areas, 82% people above 60 were dependent on children for economic support while 80% were supported by children in urban areas, according to the NSSO report.

Even in 2031, over 50% Indians above age 65 are seen depending on children instead of their own wealth--which is likely to increase in real estate, the RBI report forecasts. 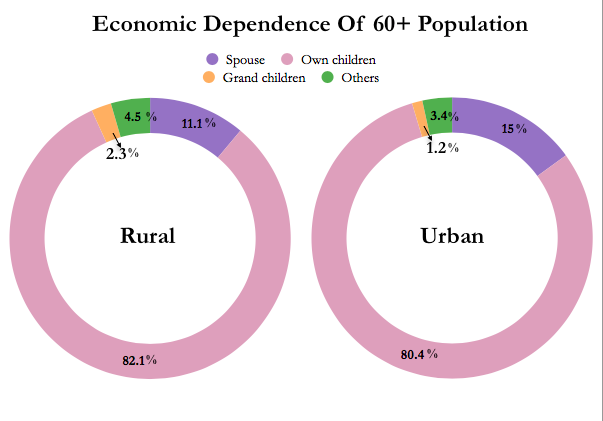 High premium was the biggest reason why people avoided buying insurance with 51% households saying they did not have insurance as they couldn’t afford it in 2015, according to the RBI report. 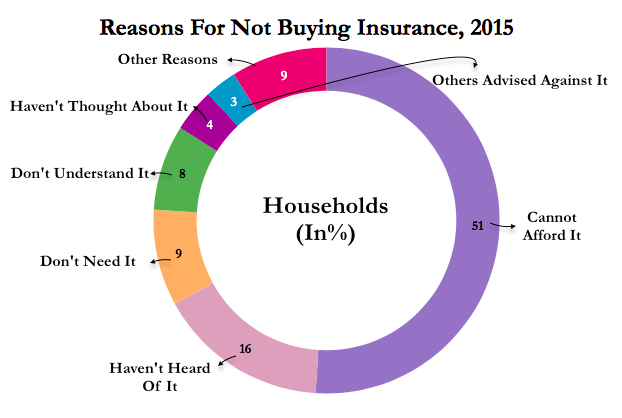 Nearly 50% customers of the National Pension Scheme--launched for workers in the unorganised sector in September 2010 -- failed to contribute the required Rs 1,000 over a year to obtain incentives in the scheme, although they continue to make smaller contributions, according to a study by economists at Delhi’s Indian Statistical Institute and Mumbai’s Indira Gandhi Institute Of Development Research, cited in the RBI report.

Only 5% Indians Invest Over 10% In Financial Assets

Indians across income classes still prefer land and gold for parking their savings with only Daman & Diu, Sikkim and Dadra & Nagar Haveli--covering 5% of India’s population--saving more than a tenth of their wealth in financial assets, the RBI report data show.

How Indians Save Wealth Across States, 2012

The debt of most Indian household is unsecured (56%)--that is, without a collateral--reflecting an unusually high reliance on non-institutional sources like moneylenders, according to the RBI report. Unsecured loans account for 23% of total debt in China and 39% in India.

In American households, real estate accounts for 44% wealth, while it is 37% in German households. 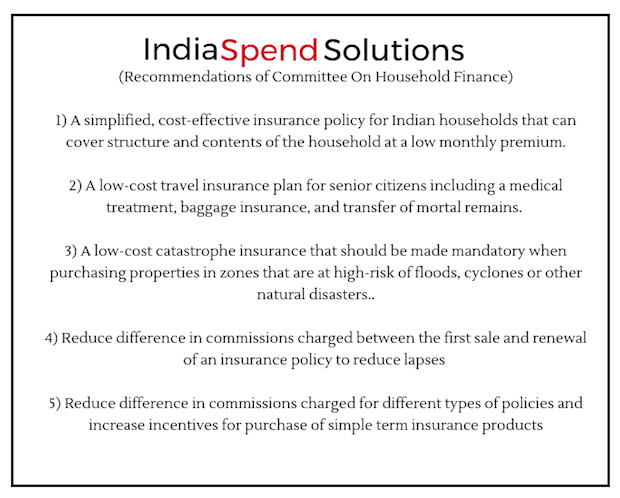